Interestingly enough, as Connecticut-based Oxford Performance Materials Inc. (OPM) has developed its 3D printing processes and materials, the company has simultaneously managed to create parts that are both biocompatible and aerospace compliant.  Straddling the industries of medicine and aerospace, OPM is capable of printing jet engine parts that may be safe inside of one’s body and implants strong enough to fly in a fighter jet.  After much success in the medical industry, taking home the first FDA clearance for a 3D printed cranial implant, the company is continuing to expand its entry into the aerospace and industrial manufacturing markets with two grades of its OXFAB 3D printing materials: OXFAB-N and OXFAB-ESD. 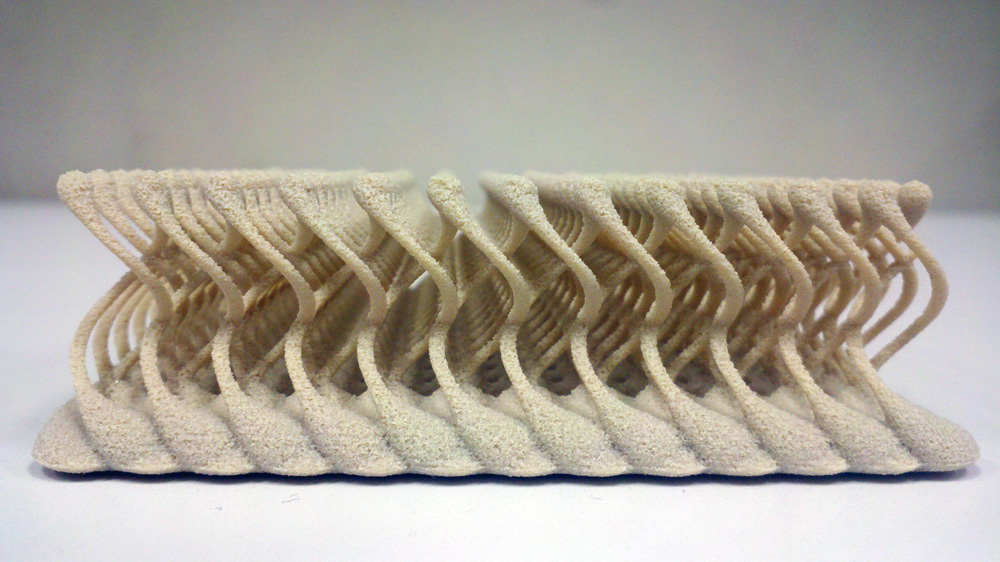 OXFAB is OPM’s proprietary process for 3D printing poly-ether-ketone-ketone (PEKK) material, which OPM describes as “an ultra-high performance polymer with exceptional strength, chemical resistance, low and high temperature performance, radiation resistance, superior wear properties and ultra-low outgassing.” Due to these impressive characteristics, and combined with the ability to 3D print unique geometries, OPM’s printed PEKK can be used for lightweight, high performance parts for the aerospace, transportation, energy, and semiconductor industries. Specifically, OXFAB-N is an unmodified PEKK that, due to its low microwave dielectric constant, is best for microwave antennae (radomes) or other specialty electrical applications.  OXFAB-ESD, on the other hand, is carbon-filled PEKK, giving it strong and lightweight mechanical properties.

President of OPM Aerospace & Industrial, Paul martin, said of their process and new materials,  “We believe that OXFAB will fundamentally improve the way the world’s aircraft and industrial components are manufactured. OPM’s OXFAB products are ideally suited for end market applications where functional complexity and weight reduction can have a substantial and positive impact on performance, while also yielding cost and energy savings – creating sustained value for our customers.”

He continues, “While additive manufacturing with commodity polymers has been taking place for some time now, this is the first time PEKK is being used for 3D printing in aerospace and industrial applications. Supported by extensive mechanical test data, PEKK is the highest performance thermoplastic available for 3D printing fully functional, end-use parts and components. We are fulfilling critical development contracts for 3D printed parts in a range of applications in commercial and military aircraft, space and industrial products to deliver significant weight and cost savings – a central focus and benefit for our aerospace and industrial customers.”

Vice President of Programs at OPM Aerospace & Industrial, Larry Varholak, described their material further, saying, “OXFAB’s strength to weight ratio is superior to that of cast aluminum, magnesium and nylon. Due to its inert behavior, OXFAB is highly chemical and heat resistant with the ability to tailor electric properties, which is critical for high-performance aerospace and industrial parts.”

As I learned from the AeroDef Conference in February, the company had originally created their process for the field of medicine, until weapons manufacturer Northrop Grumman came to them to use their PEKK material for aerospace.  The two have since collaborated, via America Makes, to develop Northrop’s materials database.  Now, OPM is further establishing itself as an aerospace manufacturer, with these two materials complementing the company’s aerospace facility, opened last year.