We’ve seen 3D scanning and 3D printing implemented on countless occasions to transport, restore, and replicate important archeological finds.  The technology has even allowed us humble humans to fabricate copies of dinosaurs, newly and previously discovered, such as the recently uncovered hadrosaur. It should be no surprise then that the Australian Age of Dinosaurs (AAOD) Museum has used 3D printing to produce dino merchandise, 22-centimeter-long toy replicas of the famous Aussie Australovenator Banjo.

David Elliott, Executive Chairman of the AAOD Museum, turned to 3D printing to create a highly detailed and accurate replica of their existing, full-scale Banjo skeleton. Named for Australian bush poet Banjo Paterson, Banjo the Australovenator wintonensis was discovered by the museum in 2009.  The meat eater is hypothesized to have hunted the Land Down Under at speeds of 40 kph some 95 million years ago.  Bigger and probably more terrifying than the raptors of Jurassic Park, Banjo seemed liked he might make the ideal toy. 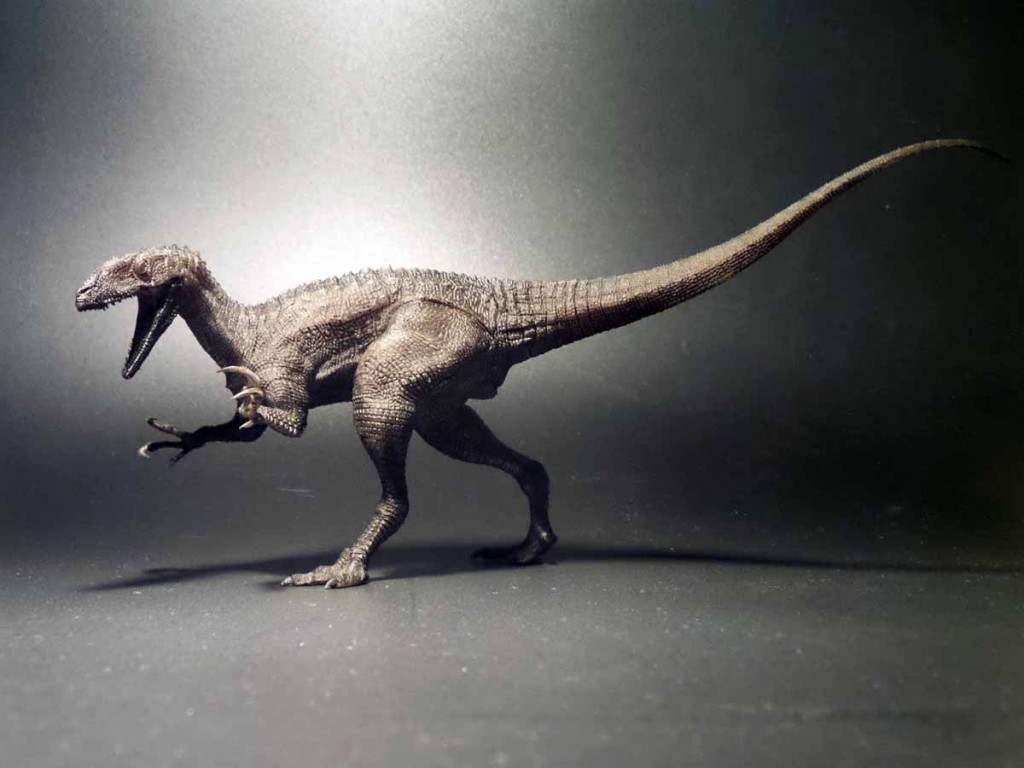 To scale the dino down from five meters to 22 centimeters, Elliot turned to 3D Systems’ Quickparts service. Travis Tischler, the artist behind the design, had toured the company’s production operation in Melbourne, Australia.  “A very highly detailed, computer-generated digital 3D model of Banjo had been created by paleo-artist Travis Tischler,” Elliot explains. “The life-sized model is detailed to the point that every scale on the animal’s body is present. We wanted to capture this detail in the 22-centimeter-long toy so that every single wrinkle and scale was present in the final product.” 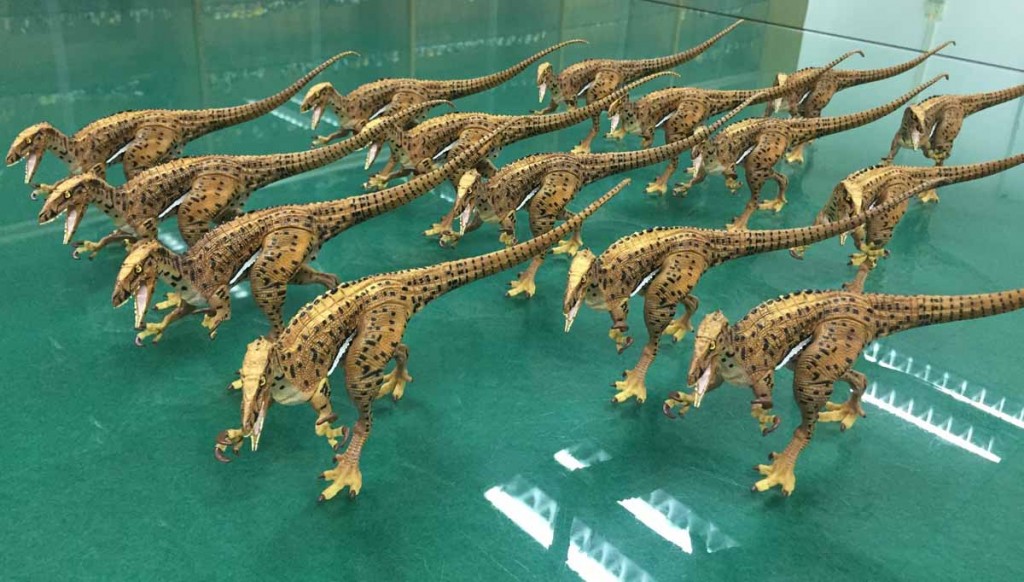 Using the ProJet® 7000 HD SLA system, 3D Systems’ On Demand Manufacturing service was able to 3D print a finely detailed copy of Tischler’s model from VisiJet® SL FLEX material.  With an accuracy of 0.001 – 0.002 inch, the system delivered a polypropylene-like product that was post-processed and sent to China for mass manufacturing of the final toys. Produced from plastic injection molds, 1,000 mini Banjos were hand-painted and sent back to AAOD, meeting Tischler’s original specifications. Elliott says, “We were impressed by the quality and the quick delivery of the model. The result was perfect and achieved an exact miniature replica of the life-sized digital file.”

In fact, Elliot was so impressed that they will be using the same process for three more toys: a 1:15 scale model of an armored dinosaur named Minmi, 18-cm long; 1:32 scale model of Muttaburrasaurus the ornithopod; and a massive 46-cm long, 1:32 scale replica of Diamantinasaurus the sauropod. Elliot believes that the technology won’t just be useful for his own non-profit museum, which he started with his wife Judy in 2002, but for museums worldwide. He concludes, “There is a massive opening for reproductions in the museum world. High-quality reproductions can now be made simply by scanning, digital modeling and 3D printing an exact replica. Once the replica has been painted to original colors it is virtually impossible to tell it apart from the original.”