Of all the different industries that 3D printing technology is set out to revolutionize, not many have been impacted the way that the medical field has been through bioprinting. Still in a relatively early stage of innovation, scientists and researchers across the globe have been working to develop and 3D print biocompatible material to improve the health of the human body. From ‘bioficial’ 3D printed thyroid implants to a functional 3D printed eardrum, it seems that bioprinting takes a progressive step forward on a constant basis. One research team based out of the Wake Forest Institute for Regenerative Medicine, led by Dr. Anthony Atala, has just succeeded in creating what could be one of the biggest breakthroughs in bioprinting thus far, a 3D printer capable of generating functional replacement tissue. 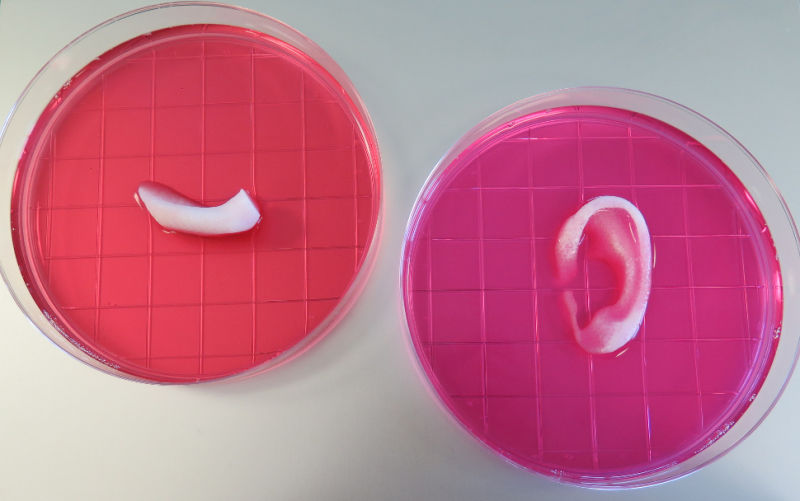 Though this isn’t necessarily the first time that living tissue has been bioprinted, it is indeed the first time that scientists successfully fabricated the tissue material with the proper size and strength needed for an implant. It was key to the experimentation that the bioprinter was able to print more delicate and small structures such as blood vessels and vasculature, which would allow this printed tissue to be supplied with nutrients and oxygen post-implant. This new bioprinting system put together by the research team, which took nearly 10 years to develop, seems to have conquered this issue that has plagued progress in 3D bioprinting for quite some time now. 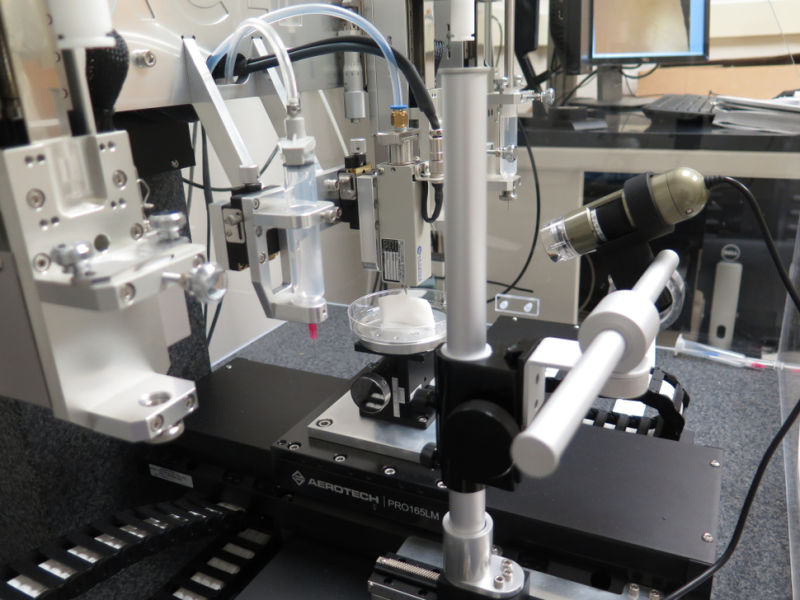 Using a polymer-based material, the tissue scaffolding is bioprinted and then embedded with living cells via a non-toxic water-based gel. Microchannels are also implemented into the design, which are small and structurally sound enough to allow nutrients and oxygen to travel throughout the structured cells. Thus far, the bioficial tissue has only been tested with animals, implanting a human-sized ear into the skin of lab mice. Although I can’t imagine how strangely deformed these poor little mice probably looked, the research team proved that, after two months, the implanted ear still kept shape, while cartilage tissue and blood vessels had successfully formed within the implant. 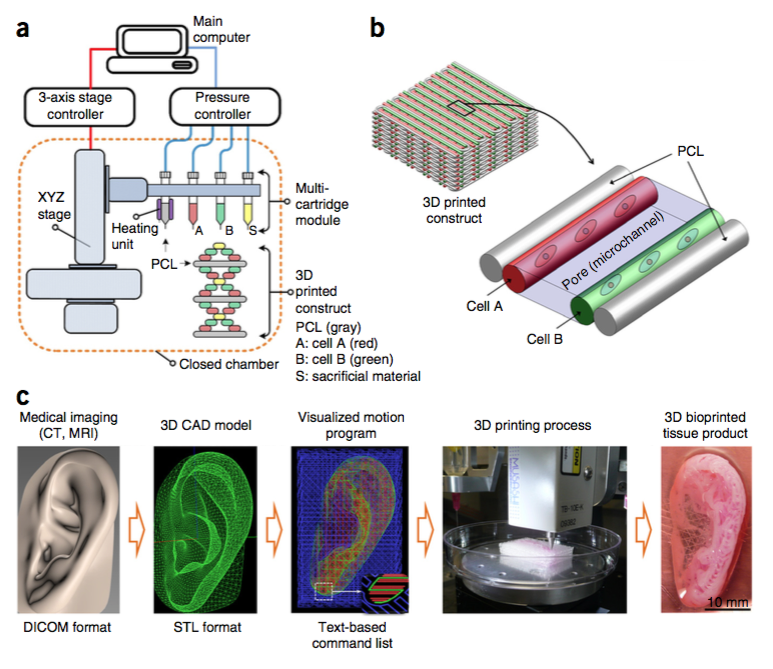 The Wake Forest research team also utilized their stem cells to bioprint jaw bone fragments, which were also implanted into the lab rats. Five months after the implant into the rats, the 3D printed stem cell structures had formed vascularised bone tissue, proving extreme potential for use in facial reconstructions and implants for humans. With the ability to accurately shape and bioprint structurally sound tissue, Dr. Atala and his research team have created 3D printed tissue that seems properly sized, strong, and functional enough for human use.

Though the research is certainly nothing short of a breakthrough, Dr. Atala does acknowledge that the team has a long way to go before their bioprinted parts are ready for human use. “We’re still looking at the safety of these things,” Atala added. “It’s still going to be a while—we still have to go through a lot of testing.”  The full details of the research were printed in the academic journal Nature Biotechnology, which you can access here.