Open Bionics has been making significant progress in the world of 3D printed prosthetic hands, outfitting young and old alike with their bionic limbs.  And, after joining the Disney Accelerator program, they were able to transform their robotic hands so that they could transform a handful of kids into super heroes and princesses with Iron Man, Frozen, and Star Wars-themed prosthetics.  Now, the UK-based Open Bionics is ready to bring their designs to the masses with their first open source 3D printed robotic hand kit. 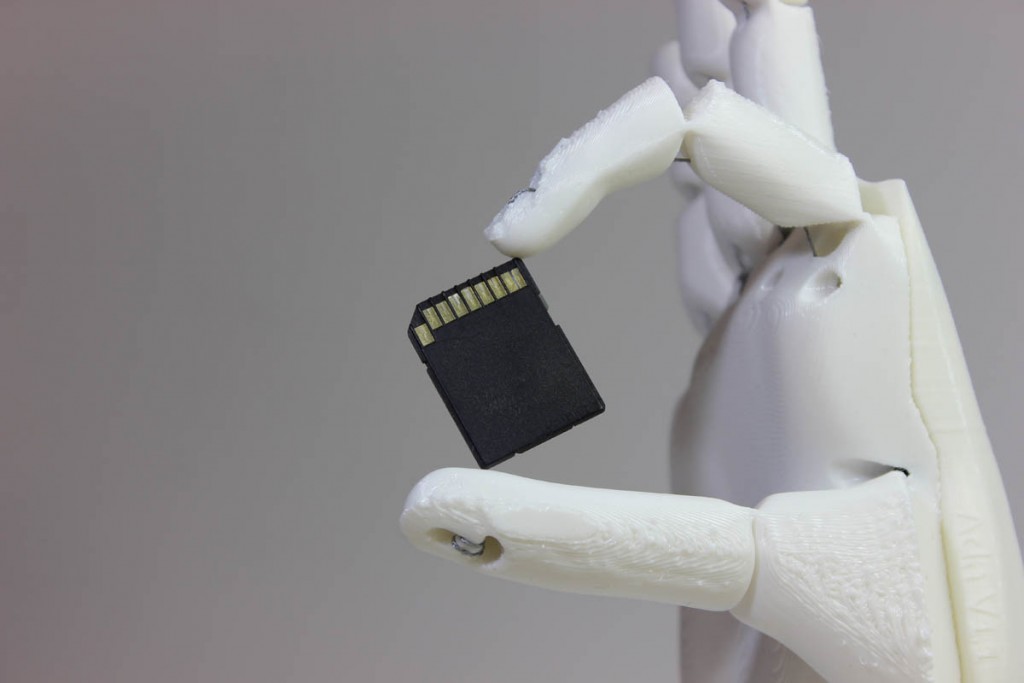 With the .STLs uploaded to Instructables, Thingiverse, Youmagine, and their own site, along with tutorials, instructions, and a bill of materials, the ‘Ada Hand’ is a completely open source kit that allows anyone to 3D print and build their own robotic hand. In total, the parts to build the device cost around £500, a fraction of the tens of thousands of dollars required to purchase a robotic hand from a manufacturer.  While it may take about 24 hours to print, Open Bionics says that it should take less than an hour to build it!

The Ada Hand is a fully articulated robotic hand with five degress of freedom and that can be controlled via PC or Mac with a USB connection. Powered by a custom PCB designed around the ATMEGA2560 microcontroller, the hand itself stores all of the actuators to move the fingers and can be programmed with the Arduino programming language. In this way, the hand is ideal for those hoping to research robotics or are even thinking about building a hand for their own robot project.

Unlike Open Bionics’ original Dextrus hand, the Ada hand is mean to be faster and easier to build. Joel Gibbard, Open Bionics’ CEO, says of the new design,  “We know there are hundreds of people around the world that really want to contribute to designing a fantastic robotic hand, both for applications in robotics and in prosthetics. At the moment there is a large barrier to entry to getting involved in this project and contributing to developments. With the Ada hand we want to remove that barrier. The hand is 3D printable on an FDM desktop home printer and can be assembled in an hour, we’ve also created a developer community so people can sign up and post their developments in our forums. We’ll constantly be suggesting bite-sized projects for developers to take on and taking feedback from them about what else they need.” 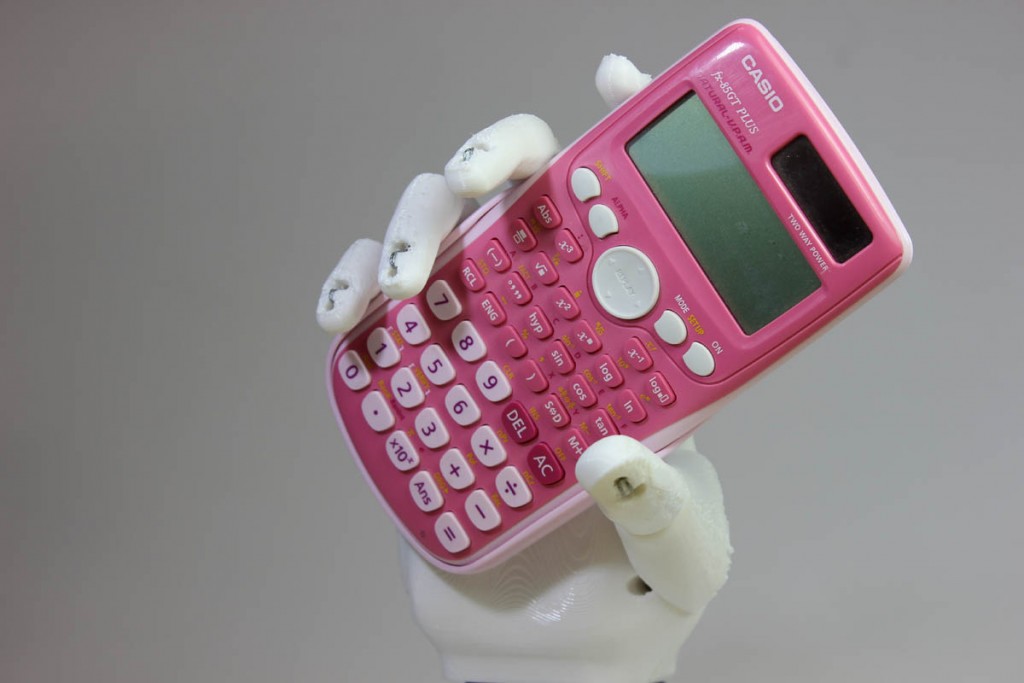 He continues, “I think one of the big barriers to people making and starting projects is a daunting magnitude of the build and a lack of documentation, instruction, and guidance. We are trying really hard to make sure we have detailed and easy to follow assembly instructions, comprehensive data sheets, and lots of tutorials to suit all levels of ability. We’re trying to make this as easy as we can for people with any level of technical ability. For example, if a researcher is studying robot interaction and needs a robot hand, but building a robot hand from scratch isn’t part of her/his project and they’re looking at affordable options, we want this build available to them and for it to be quick and easy.”

At the same time, Open Bionics has opened a developers forum to meet the increasing demand for their designs and a place to share research around those designs.  Since the forum opened, they’ve already had 109 members join. Gibbard says, “We receive a lot of emails from researchers who want to buy or make our hands. But we receive more emails from researchers and makers who want to contribute to our goal of making low-cost 3D printed bionic hands readily available for amputees. We’ve had a handful of researchers who have used our hands to contribute to award-winning medical research and prosthetic testing. We’re hoping that by making our robotic hands easier to make, we’re opening up the possibility for more researchers to get involved and contribute.” 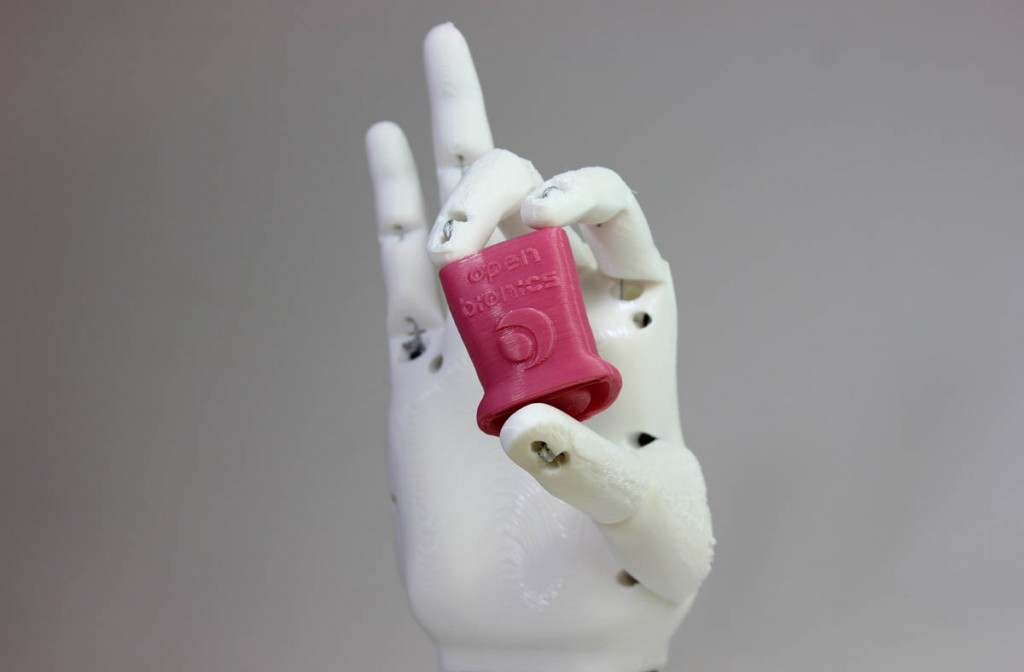 Olly McBride, Open Bionics’ Software Engineer, describes the inspiration for this new hand, Ada Lovelace, often considered the world’s first computer programmer. “Ada’s vision was to develop the capability of computers to go beyond mere calculating and number crunching,” McBride says. “Our robotic hands are an embodiment of this development as embedded programming has enabled us to programme multiple grip modes for this hand.”

The Ada Hand can be found on various locations throughout the web, as mentioned previously.  Or you can purchase the complete kit, including 3D printed parts, at the Open Bionics shop.