After capping off 2015 by raising over $3.5 million in a seed funding round, Vancouver-based bionics company Wiivv Wearables is just about ready to slip their BASE insoles into the sneakers of their consumers. The BASE is a 3D printed insole custom-fitted to each foot, maximizing comfort and support by using personalized foot digitization that is captured via Wiivv’s smart phone app. In order to help with the final steps of manufacturing and product fulfillment, Wiivv launched a Kickstarter campaign for the BASE insole yesterday, and have already found themselves well over the halfway mark of their $50,000 crowdfunding goal. 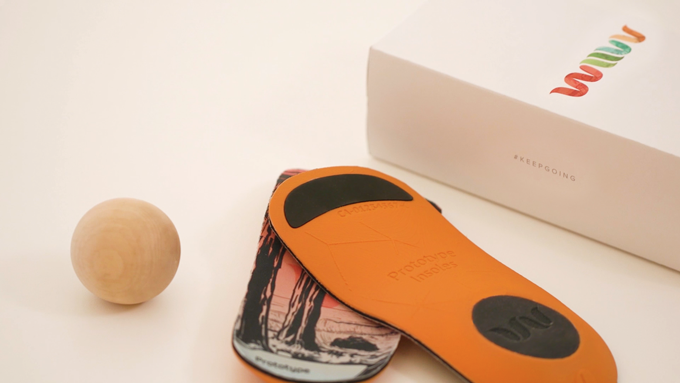 In order to build hype for the campaign, Wiivv is promising pledgers of $50 and more their own pair of custom-fitted BASE insoles, which will be priced at $75 retail once they’re fully released. The Wiivv App is where prospective consumers will have their feet digitally measured and select the design for their 3D printed insoles. Wiivv has made sure to provide plenty of style options, giving consumers the option to be as fashionable as they are comfortable.

The captured image of the foot is then transposed into 3D print-ready files through their proprietary product customization engine, coined as the ‘Adaptive Manufacturing System’. The BASE insole itself is manufactured on a 3D Systems SLS printer and finished by the Wiiv team, who hope to start shipping the insoles out to Kickstarter backers in February 2016. Though most crowdfunding projects are generally in a more infantile state, Wiivv’s recent success in seed funding has brought them right up to the final stages of production. To me, the Kickstarter campaign seems to be as much of an ‘early bird special’ as it does a call for crowdfunding help. 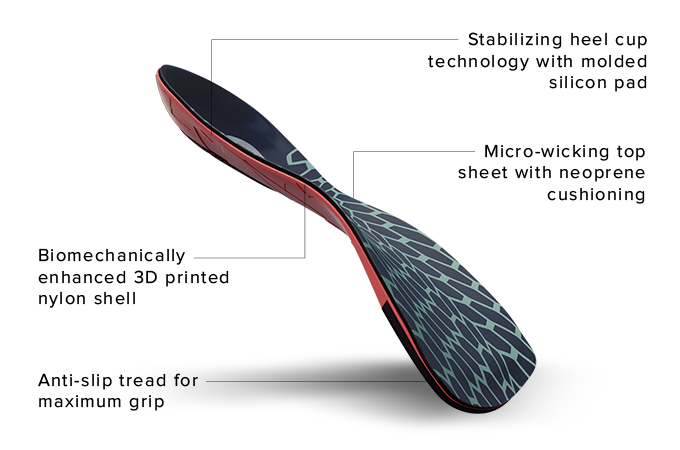 The Kickstarter campaign seems to have been started in cahoots with CES 2016, where Wiivv will be showcasing their 3D printed insoles alongside New Balance at the 3D Systems booth. It seems likely that the Kickstarter was started on the same day as CES 2016 so that Wiivv could better promote their BASE insoles to a larger audience. But, while footwear companies such as New Balance and Adidas are moving to implement 3D printing into their products, Wiivv Wearables is definitely wise to get their foot in the door now while 3D printed insoles continue to trend upwards.

There have been plenty of 3D printed items to hit Kickstarter, from STEAM learning curricula to toys to art pieces, but, with 13 hours left in their campaign, Wiiv’s BASE 3D printed insoles have just become the most funded 3D printed product on the crowdfunding platform. Currently standing at $228k, the Wiiv campaign has a stretch goal target of $250k, which will see customers receive a $25 promo code for post-Kickstarter purchases. And there will likely be future purchases, as Wiiv’s young founders, 22-year-old Louis-Victor Jadavji and 27-year-old Shamil Hargovan already have their eyes set on new products.

To back the campaign, click here.  Otherwise, stay tuned for more from Wiiv in the near future!