Consumer 3D printers have come a long way in just the past couple of years. However, David, of EEVblog, felt that current printers were still lacking in some ways. To start with, he questioned why regular inkjet printers could easily be stored on a shelf, but most 3D printers are too delicate and bulky to conveniently store? This combined with other ideas, led him to dedicate his university capstone project to designing a better 3D printer. 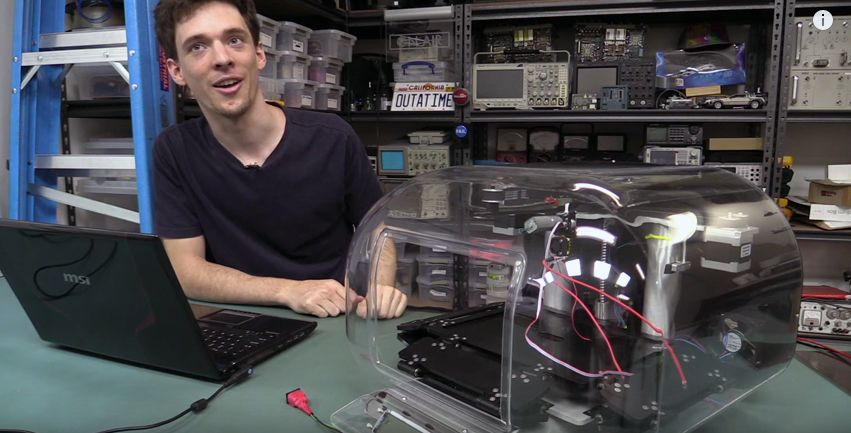 Inspired by open-source printers, David named his creation, the rPrint, for everyone, as in “our-print”. Ultimately, the project took him 9 months to complete, and involved him working many sleepless days. In the end the rPrint cost just under $8,000 to fabricate. Luckily, the resulting printer was well worth it, and won his university’s innovation prize!

The entire printer is encapsulated in a clear plastic bubble. This addresses the initial issue by making the printer easy to transport and store. Along with a couple of fans, it also helps to create an ideal climate controlled environment for making high quality prints. The custom plastic case is just the tip of the iceberg. There is hardly a single component that David didn’t design from scratch. Everything from the belt pulleys to the G-Code interpreter has all been custom developed for this project.

Unsatisfied with RAMPS, David designed his own electronics system. Dubbed the rController, it includes all of the standard features, and goes a step beyond. For example, it includes integrated hardware error detection. 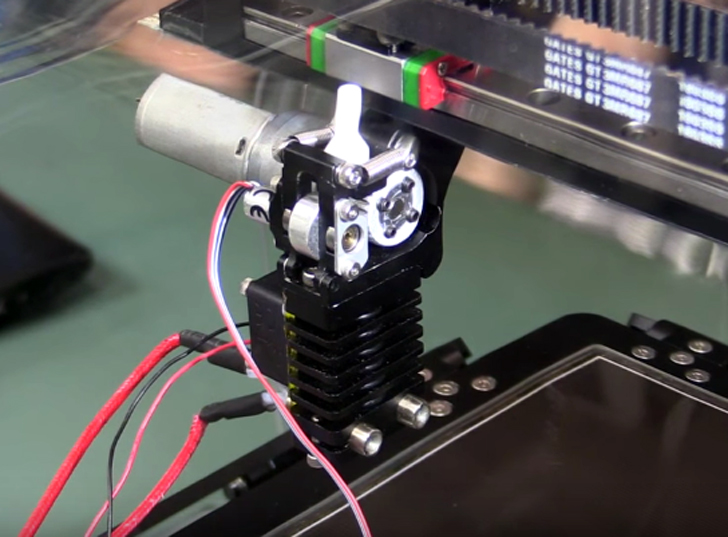 Print quality was at the forefront of David’s mind as he designed. The rPrint’s extruder was the result of a desire for the high print quality of a Bowden setup, but with the robustness of a direct drive system. This led to the creation of an ultra-light direct drive extruder. The entire assembly weighs less than half of a single NEMA 17 stepper motor. It also includes a sensor to provide positional feedback on the filament. This could prove extremely useful for fine calibration and error detection. 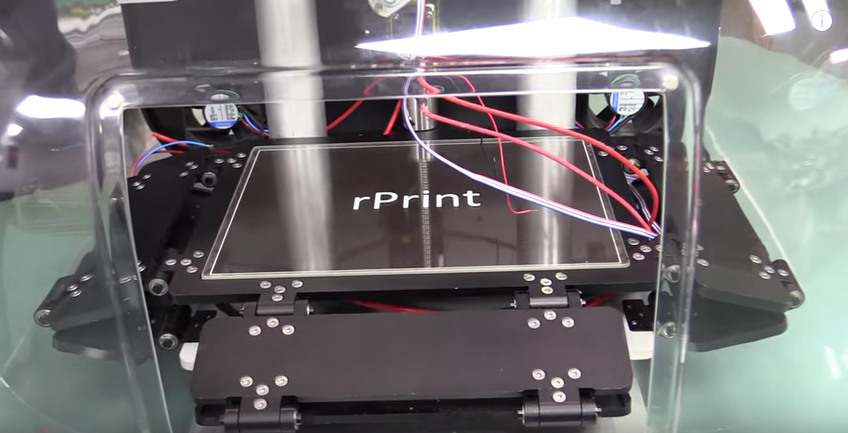 Perhaps the printer’s most innovative feature is the Z-axis setup. The rPrint utilizes a Sarrus linkage system that helps keep the bed perfectly level. It also allows the use of a single stepper motor to adjust the bed’s height.

David doesn’t have any immediate plans to begin commercial production of the rPrint, but he would run a crowdfunding campaign if there’s enough interest. He estimates a production version could retail for just under $2,000.