Numerous startups and projects have launched to connect the worlds of gaming and 3D printing.  Most of these are focused on making game assets 3D printable to add a physical dimension to the virtual fun. One of the latest, the G2A 3D+ project, has promised that they will be expanding from that model into the world of computer mods, through a partnership with MSI.  They won’t be the only ones allowing gamers to exorcise their Maker skills with 3D printable game mods.  Gaming PC supplier Thermaltake has just announced a site called 3DMakers, dedicated to empowering DIY gaming enthusiasts with 3D printable computer mods.

The platform allows heavy gamers to further equip their PCs with fans, cooling systems, and external casings with 3D printed components to make their computers more powerful and customizable. Through designer submitted projects and Thermaltake’s own accessories, users can begin downloading STLs to begin optimizing their own systems.  The first set of printable accessories are designed for Thermaltake’s Core P5 case and includes the STLs for fan brackets, optical drive bays, LED strip holders, and more. They’ve also got gCode for laser engravers for Makers who aren’t just limited to 3D printing. 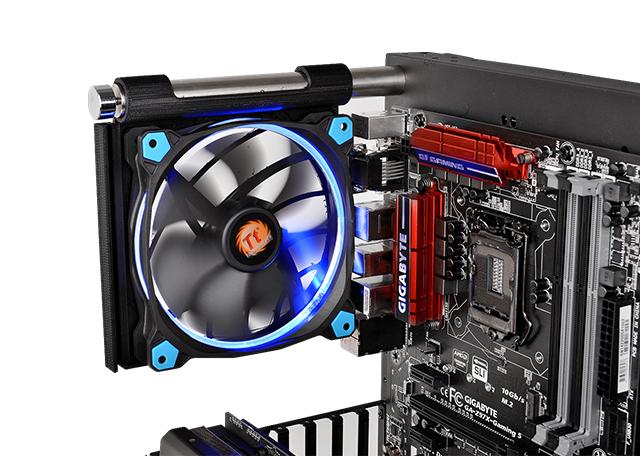 While the parts maker preps the next suite of 3D prinable accessories, users that meet the company’s values of “Excellent Quality, Unique Design, Diverse Combinations, and Boundless Creativity” can get their designs featured as well.  They’ll also be able to show off their own mods on the 3DMakers community site, where you can take in the wonder that is extreme gaming. 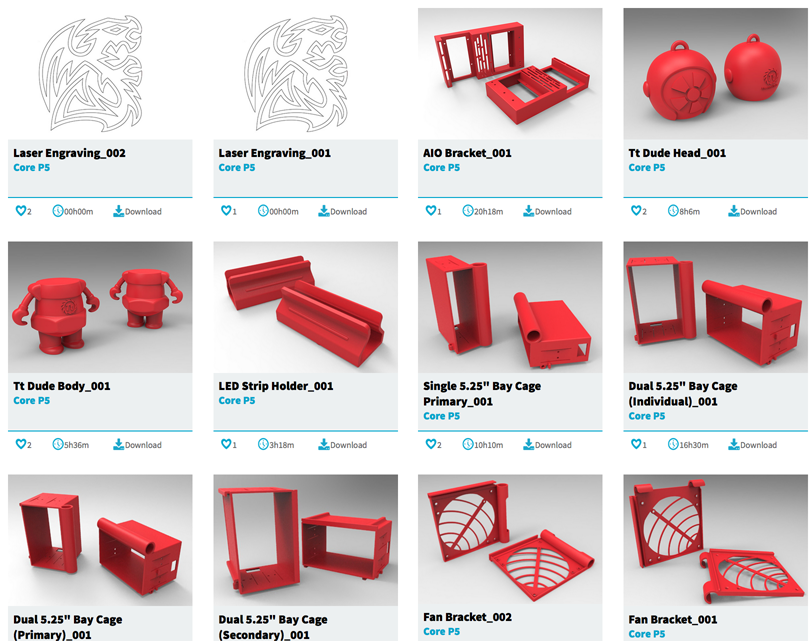 It is exactly Thermaltake’s consumer base that will take advantage of the new dimension that 3D printing brings to gaming.  Though case mods may be ideal for outfitting one’s gaming PC, there will be plenty of gamers who will want to 3D print their own characters from their favorite titles. And, with added customization features, I can only imagine just how popular 3D printing will be in the gaming community.