If you thought that that metal 3D printing industrial robot arm from MX3D was only capable of 3D printing steel bridges, you were wrong! Well, you probably wouldn’t actually think that, but the Dutch studio’s metal welding arm has printed one of Holland’s favorite modes of transportation, a bicycle. 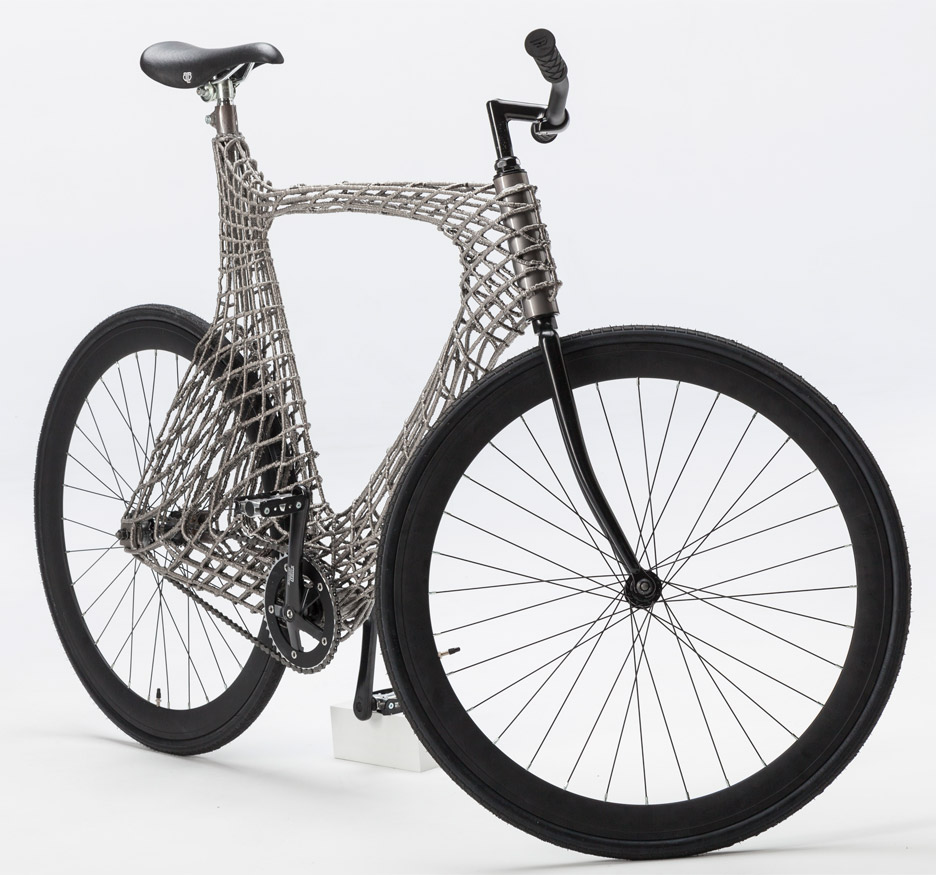 The concept for the Arc Bicycle comes from a student team participating in a six-month Advanced Prototyping course at the Delft University of Technology, before being 3D printed from steel by MX3D.  With six-axis movement, the arm welds metal in mid-air, in this case, creating a lattice network in the form of the student team’s design. While other bikes have been made with metal 3D printing, specifically laser sintering, this is the first to be made with such an arc welding 3D printing process.  The result is a durable frame with the same weight as a traditionally manufactured steel bike. 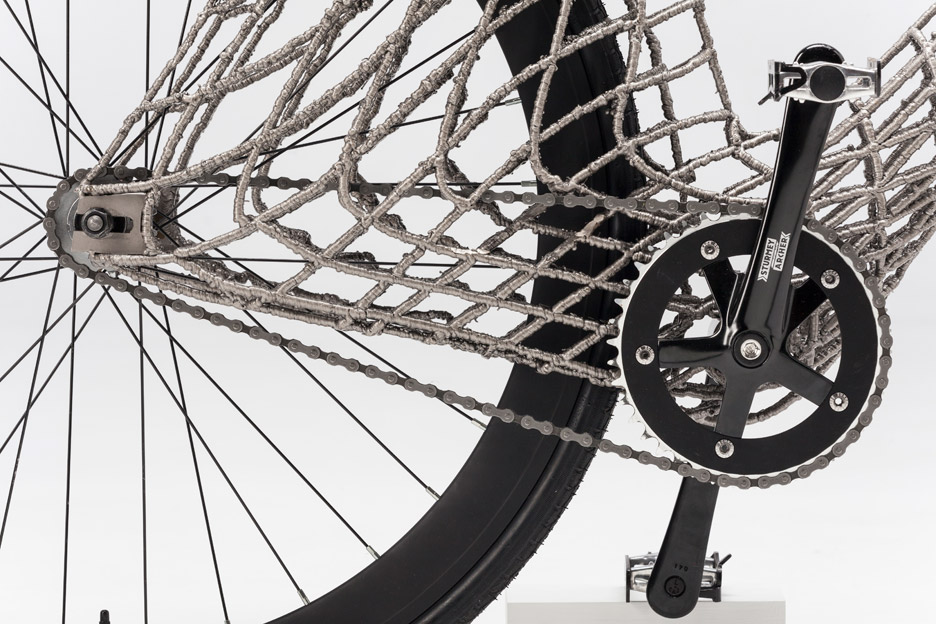 Harry Anderson, from the 3D Building FieldLab team at TU Delft, says of the project, “3D printing has exploded in popularity in the last decade, but for those wanting to print medium- to large-scale objects there are still significant limitations in the technology.” Given the nature of MX3D’s technology, however, large-scale objects, such as benches and bridges, can be printed with fewer size limitations. 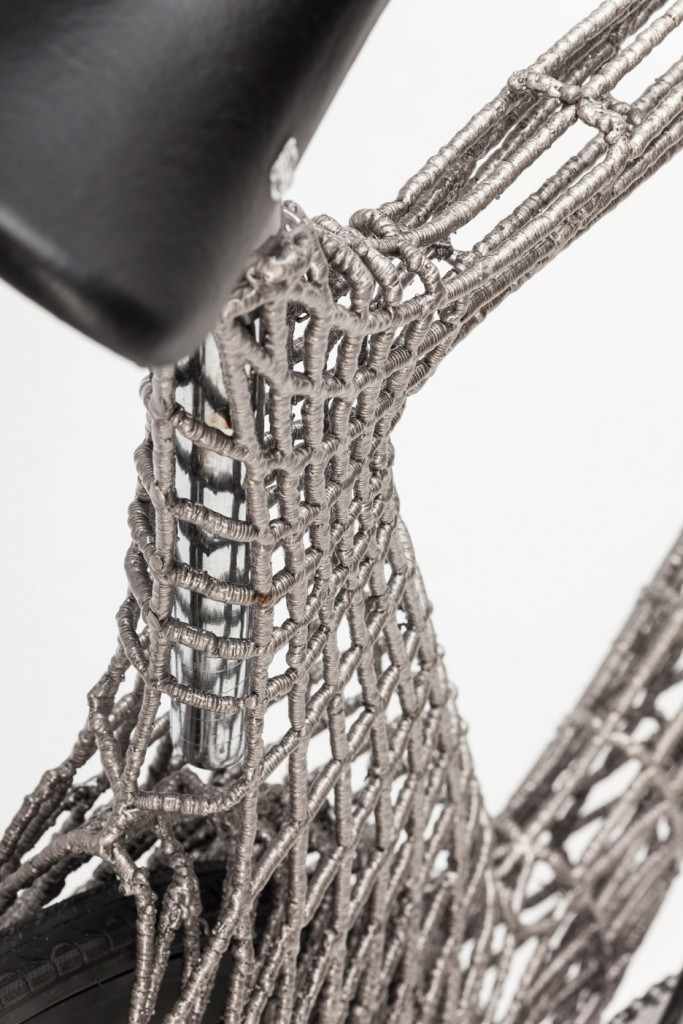 While MX3D, founded by Joris Laarman and Tim Geurtjens, are in the process of printing the 8-meter bridge to span a canal in Amsterdam in 2017, this project further demonstrates the potential that their technology has. TU Delft team member Stef de Groot says, “It was important for us to design a functional object that people use everyday. Being students in the Netherlands, a bicycle naturally came to mind. A bicycle frame is a good test for the technology because of the complex forces involved.”

MX3D’s arc welding technology is certainly a show stopper.  The implementation of a six-axis robotic arm, however, shows off the flexibility that such systems have for creating large structures.  Theirs is not the only one.  Numerous research groups, startups, and more have taken advantage of the freedom of movement given to industrial robot arms to produce large, complex structures.  For instance, Branch Technology in Chattanooga, Tennessee is planning to use their own enormous system to 3D print walls for the construction of entire buildings.  In fact, these types of 3D printing systems may represent the future of architectural 3D printing altogether.

All images and video from dezeen.