3D Printing an Exoskeleton that Puts a Pep in Your Step

3D printing technology has served as the optimal tool for the reshaping of the orthotic and footwear industries, from the way our shoes are designed all the way up to the actual manufacturing process. We’ve seen next-generation 3D printed orthotic products hit the consumer market via companies like SOLS, while the online community 3D Hubs has gotten themselves involved in this particular footwear field, as well. Now, the envelope is potentially being pushed a bit further with the Human Quarter Mile project, a concept developed by gaming artist Christopher A. Mann.

The project utilizes 3D scanning and printing to produce a tensioned frame, an exoskeleton used to replicate and support the functions of the endoskeleton. Mann has conceptualized this athletic enhancement that he states are “pogo sticks one can wear”, believing that improved athletic performance all starts with the foundation of the foot.

Before the shoe would be designed and printed for consumers, Mann envisions taking a 3D scan of the potential wearer’s foot and leg to ensure that the fit is snug. Underneath a 3D printed exoskeleton, Mann would implement elastic rebound systems into the design that not only minimize the stress put on the foot, but also increases the amount of energy generated from various athletic activities. This energy is stored within the tension framed and released in alignment with the human gait to enhance athletic performance. 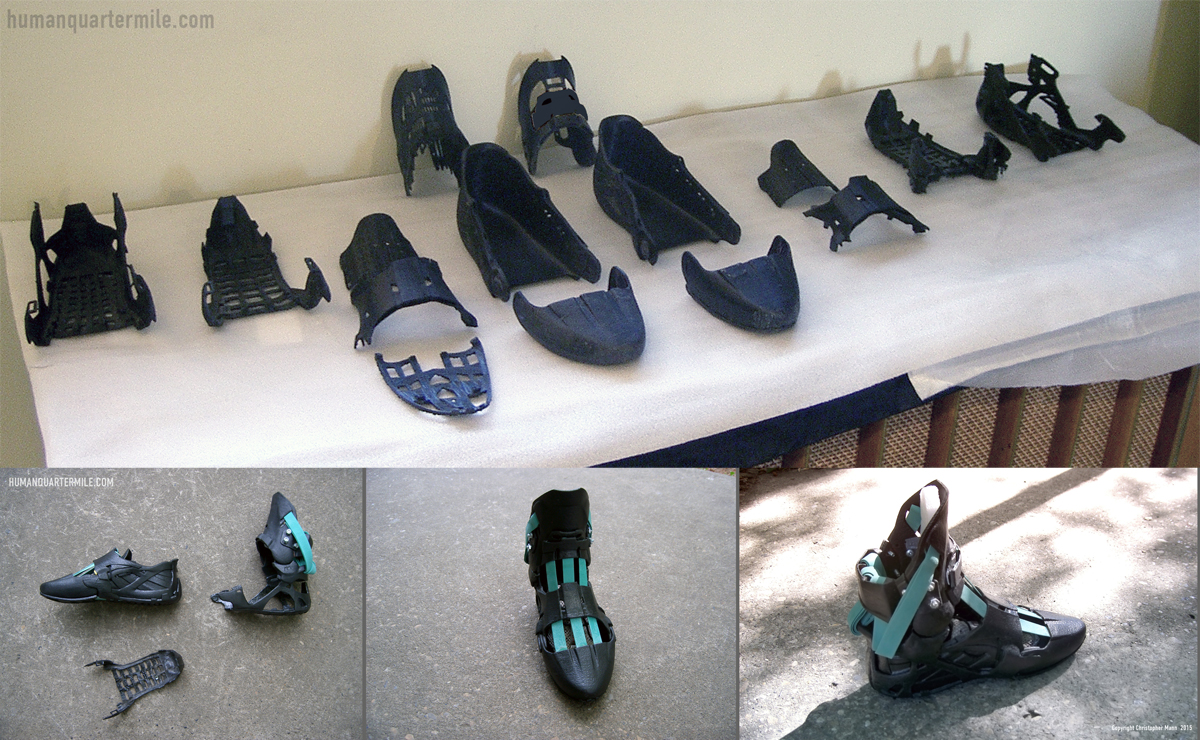 Mann has designed the first prototype of the Human Quarter Mile frame using 3DS Max and a Velleman K8200 FDM 3D printer to produce the parts of the shoe, which were engineered to snap-fit together. The prototype’s 3D printed parts were made with a PLA filament, and held up when Mann tested them on a jog.  The prototype’s success has led Mann to believe the design is sound and can hopefully, one day, make its way to potential customers. 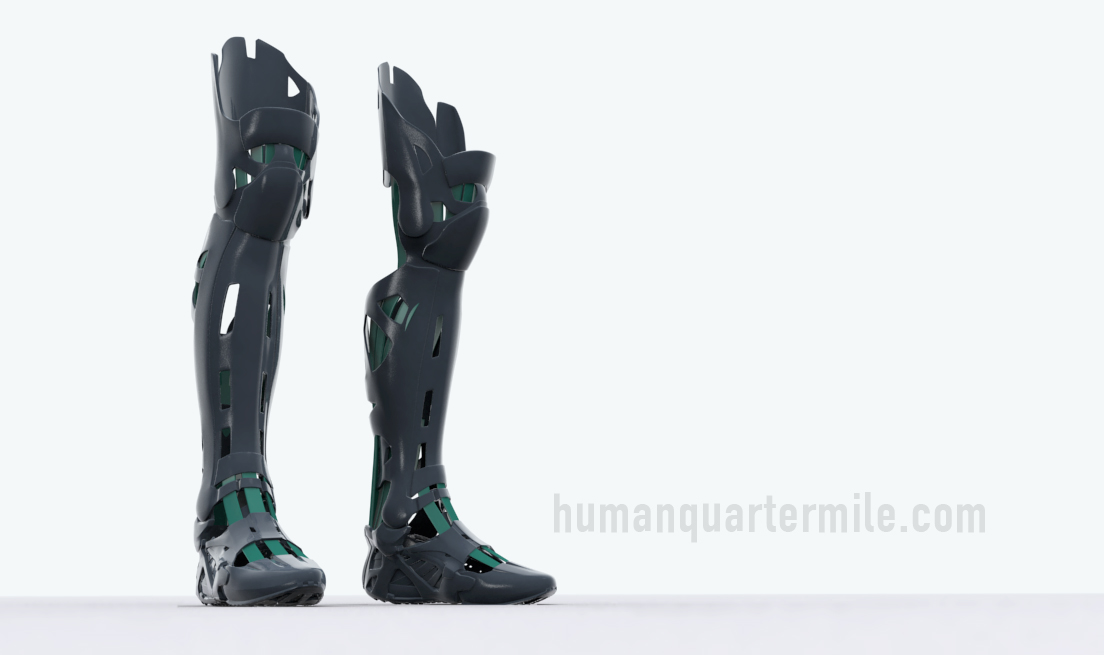 Mann, a completely independent artist, is hoping to upgrade his equipment, and thus the project, through a donation page, rewarding donators with a high-resolution image of his tensioned frame and the promise that he will have the full leg exo-frames printed and ready to go by Spring 2016. This is a promising project that Mann has developed, but he has a long way to go before we see runners springing around in his 3D printed, tensioned frames. But, in the meantime, what the Human Quarter Mile project is further proving is that performance enhancing footwear can be innovated upon without limit when utilizing the methods of 3D scanning, modeling, and printing.