I just flew in from 3D Print Week NYC and, boy, are my arms, legs, brain, and eyes tired.  As reported in the first part of this series, this was a massive event with over 12,000 registered attendees.  And those attendees had a lot to see, including the free-to-enter 3D Design Show with its close to 5,000 square feet of booths, designers, and businesses.  Inside 3D Printing itself offered an equal amount of exhibition floor to the Design Show, coupled with four complete tracks of speakers. 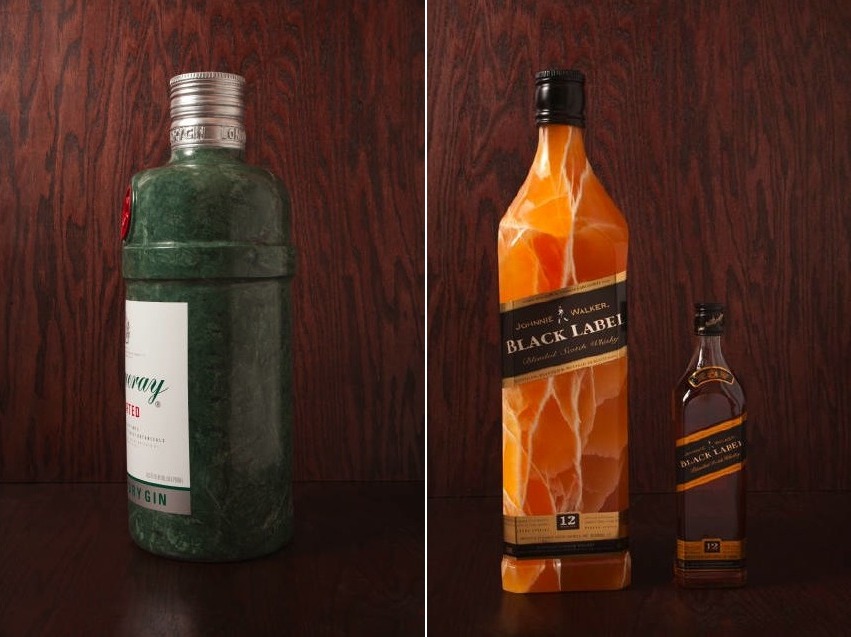 This year, I found myself manning the booth quite frequently on the first day of the event.  Not because I was stuck there, but because it was too hard to pull myself away from the continuous flow of visitors either looking to learn more about 3D printing or long-time readers who wanted to introduce themselves to the 3DPI team.  Among them were consultants, venture capitalists, and artists, all of which were either already well enmeshed in the tech or learning how 3D printing might change their businesses or practices.  For instance, renowned sculptor Robin Antar knew that 3D printing could aid in her work of creating stone realism, but was so overwhelmed by the possibilities to wrap her head around how.

Another visitor was Alan Perlman, Business Development Director at public health and safety organization NSF International, who impressed upon me the importance of standards and regulations in this emerging industry.  Telling me that “the game may have changed, but the rules have not”, Alan hopes that, as all of these new products and machines come to market, it is essential that they meet the safety and quality standards of products and machines of the past.  And, while we may do our best to point out those issues when we can, it’s clear that we don’t always underscore those issues in our articles.  An easy example to highlight is food printers being released by 3D Systems and other companies.  The ChefJet may use cutting-edge technology to 3D print multicolored sugar cubes, but that doesn’t mean that it shouldn’t pursue food safety certification for use in home and restaurant kitchens.

I also got a chance to speak with Chris Gerstle, COO of Osiris Biomed 3D, which had just won Inside 3DP’s Start-up Competition.  After writing about the company in the past, I was a bit skeptical as to how military surgeons might be able to 3D print implants live during a surgery.  Talking to Chris, however, I began to think that it might just be possible and that the start-up had the business plan to drive them in that direction.  For now, Osiris plans to begin offering services for 3D printing per-surgical medical models as a means of funding its more advanced research, as doing so would require little FDA oversight. With money derived from that business, and potential venture capital, the company could then conduct the trials necessary to obtain FDA approval for in-operation 3D printing.  As Chris told me, some surgeries could take more than half a day to perform, leaving plenty of time to 3D print a patient-specific implant as doctors work to repair other injuries received by a patient. 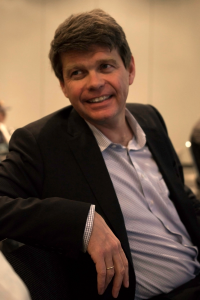 Osiris, then, is attempting to execute in hours what 3D printing leader Materialise already performs in days or weeks. Seeing the company’s Executive Chairman, Peter Leys, speak to the Inside 3D Printing crowd, it was easy for attendees to understand how patient-specific pre-surgical models and implants can lead to more accurate operations and even lead to fewer subsequent surgeries to fix issues with initial procedures. But, for Leys and Materialise, medical applications are among the many implementations of 3D printing that will change the way the world works.

Bringing up a model from the previous night’s 3D Fashion Show, Leys explained that such pieces as Melinda Looi’s 3D printed gown required entirely new patterns of thinking that will be necessary before 3D printing becomes ubiquitous in end-product manufacturing. He also stressed that company’s must be open and accessible for such a revolution to take place. When I asked Leys how Materialise is practicing such openness, Leys explained that their software is open to all 3D printer manufacturers, which is why Materialise’s Builder 3D printing platform can be found on such diverse printers as the Leapfrog HS and SLM Solutions’ range of metal 3D printers. 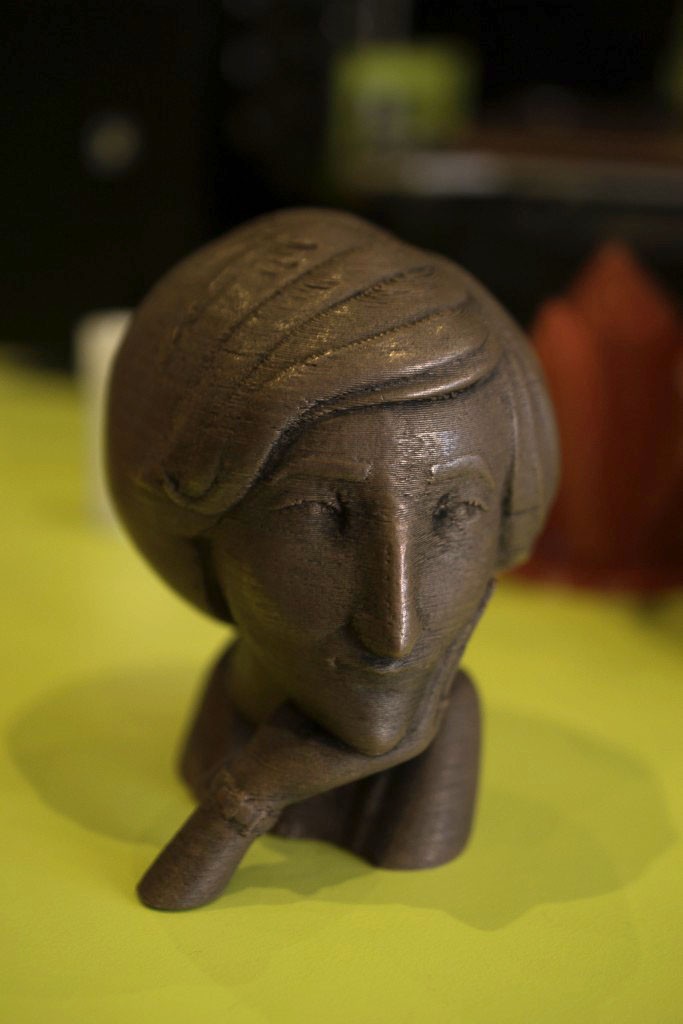 On the exhibition floor, I had an opportunity to visit businesses new and old.  We’ve covered many of the established 3D printing companies here on our site many times and, because there wasn’t much new being presented by them, passing by the booths was more a means of saying “hi” and catching up.  For instance, I hit up the LulzBot booth, hard to miss with its neon green backdrop, to see LulzBot Minis and TAZ5 machines printing away.  Having written often about the ability of LulzBot printers to handle a wide variety of materials – from bambooFill, to copperFill, to Ninjaflex – I had a chance to admire objects made with these exotic materials up close.  I was most surprised by the shear weight of the JFK bust printed in copperFill, due to the amount of actual metal particles in the ColorFabb filament.

New companies at the event included everyone from Chinese chemical company, ChemCubed, which can compose any custom material a business might request, to Doogell, a Chinese 3D printer manufacturer that showcased the smallest of its simple, but well-equipped FFF 3D printers.  The most exciting, to me personally, may have been SprintRay, which brought its MoonRay 3D printer to the show.  Not only did the MoonRay catch my eye for its brilliant green enclosure, but also for the DLP printer’s brilliant orange, green, and blue high-resolution prints.  More on this printer as it approaches its Kickstarter campaign, coming soon. 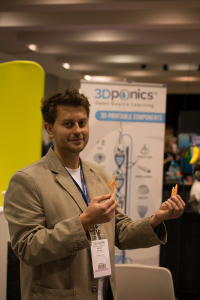 Also at the event, I had a chance to catch up with 3DPonics CEO Michael Golubev, who showed off the start-up’s latest 3D printable hydroponics tools.  Within the year that the company has existed, their system has gone through various iterations, due to the open source nature of the platform.  Holding up a small, 3D printed tube, Michael explained that a 5th grader had reworked their original tubing to be more efficient and carry more water to more planters.  Though the company is still nailing down a business model to raise money for their 3D printed hydropincs, its clear that they’ll find one and, seeing 3DPonics in the real world, made the platform seem that much more ingenious.  Meanwhile, the company is working with NASA to bring their hydroponics system to space using the Made In Space Zero-G 3D printer. As soon as my wife, Danielle, and I can find time to do so, we plan on planting our own 3Dponics garden. 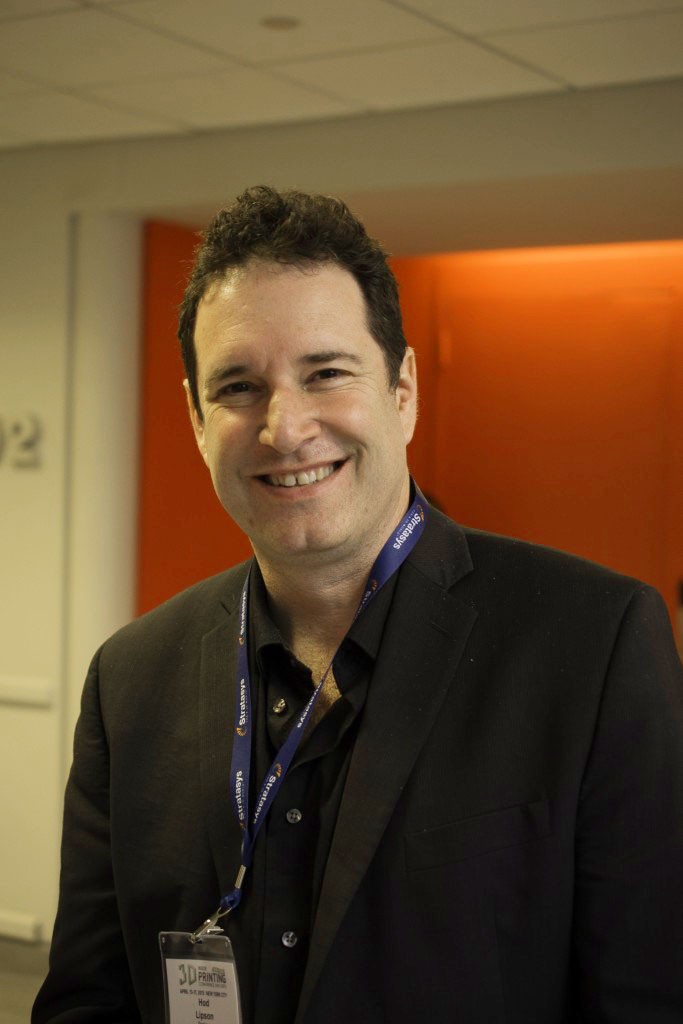 The most exciting seven minutes of the event, for me, was finally getting a chance to meet one of my 3D printing heroes, Hod Lipson.  Though he’s been at every Inside 3DP event I’ve been to, this was the first time I had the courage to introduce myself (thanks to an intro from 3DPI’s Ari Honka).  Though Hod usually presents primers on food, bio, and electronics printing to the conference’s audiences, he is still very much pushing the field to even more advanced levels through his research at Columbia and Cornell Universities.  The interview was brief,  but it is worth devoting a complete article to, which you’ll see on 3DPI in the next couple of days.

As you can tell, from what is already becoming quite a long post, 3D Print Week was impressive and the effects it had on its attendees will be felt for years to come.  I know that they will be for me.  Next year, the event will only get bigger, as MecklerMedia joins the series with its newly developed Robo Universe.  With 3D printing, along with other revolutionary technologies, ushering in a new era of manufacturing, I can’t wait to see what Inside 3D Printing brings to the Big Apple next year.