What set 3D Print Week apart from past Inside 3D Printing New York events was the addition of the 3D Design Show, which introduced a completely new element to what is otherwise a 3D printing trade show. Complementing the standard set of business expo booths and speaker tracks was an entire, equally large, showroom floor devoted to Makers, artists, and designers who have taken 3D printing and infused all of their creativity. 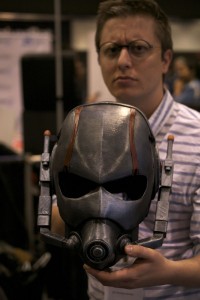 Entering the Design Show, it was impossible not to notice the huge amount of space that iMakr’s MyMiniFactory community occupied at the front of the exhibit floor.  Rather than a series of “sample prints”, meant to show off of the capabilities of a given printer, the tables in the Design Show showcased the works of individual artists. And, in the case of MyMiniFactory, this meant works like full-scale Destiny guns, props from Ant Man, and works of Renaissance art.

The craft put into the models displayed in this show was evident. Andrea Pacciani, an Italian friend of 3DPI’s own Davide Sher, showed off his intricate rose engine lathes. When I asked if he’d meant to get these into museums, he replied, “No. These are for the people! Of course, if a museum wants to exhibit the first beautiful 3D printed artwork, I’d be more than happy to give these to them.” 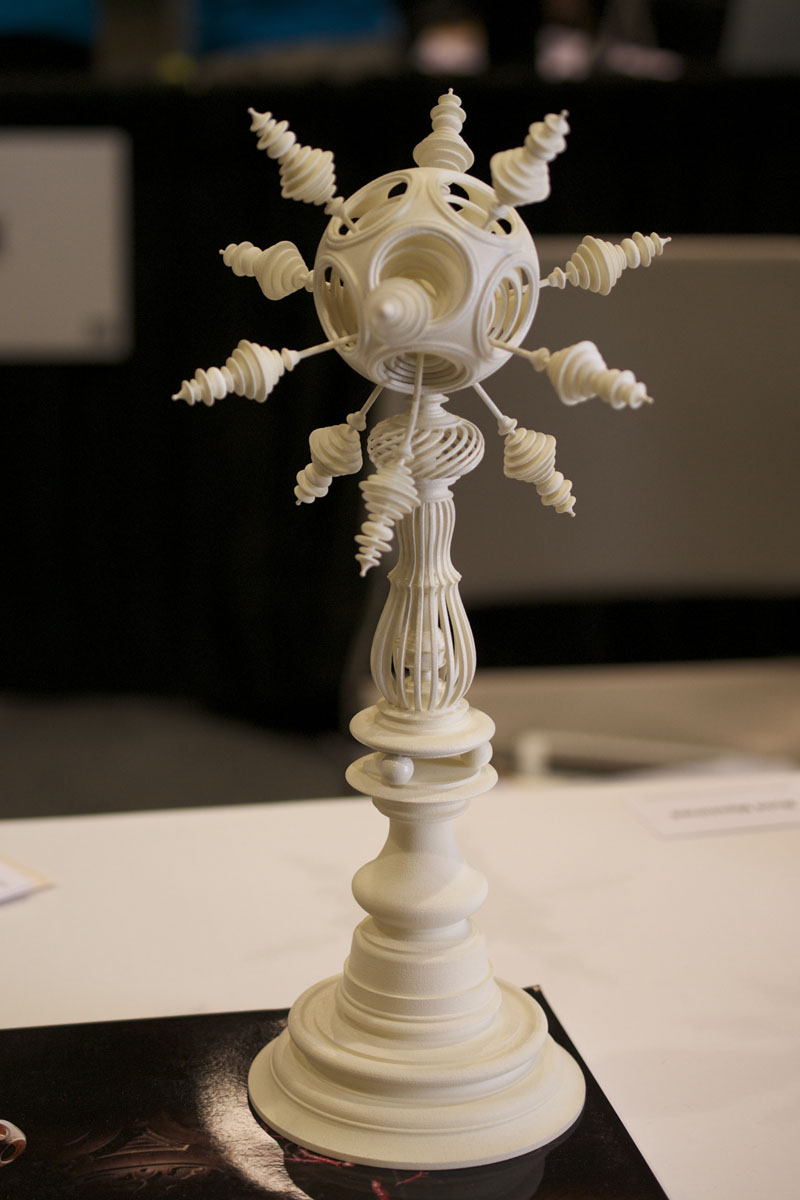 In other areas, artists like Helena Lukasova highlighted the ability of desktop 3D printers to create high-fashion pieces, showing off her CORDYCEPS mask series and a number of accessories for the fashion line of Denisa Nova. 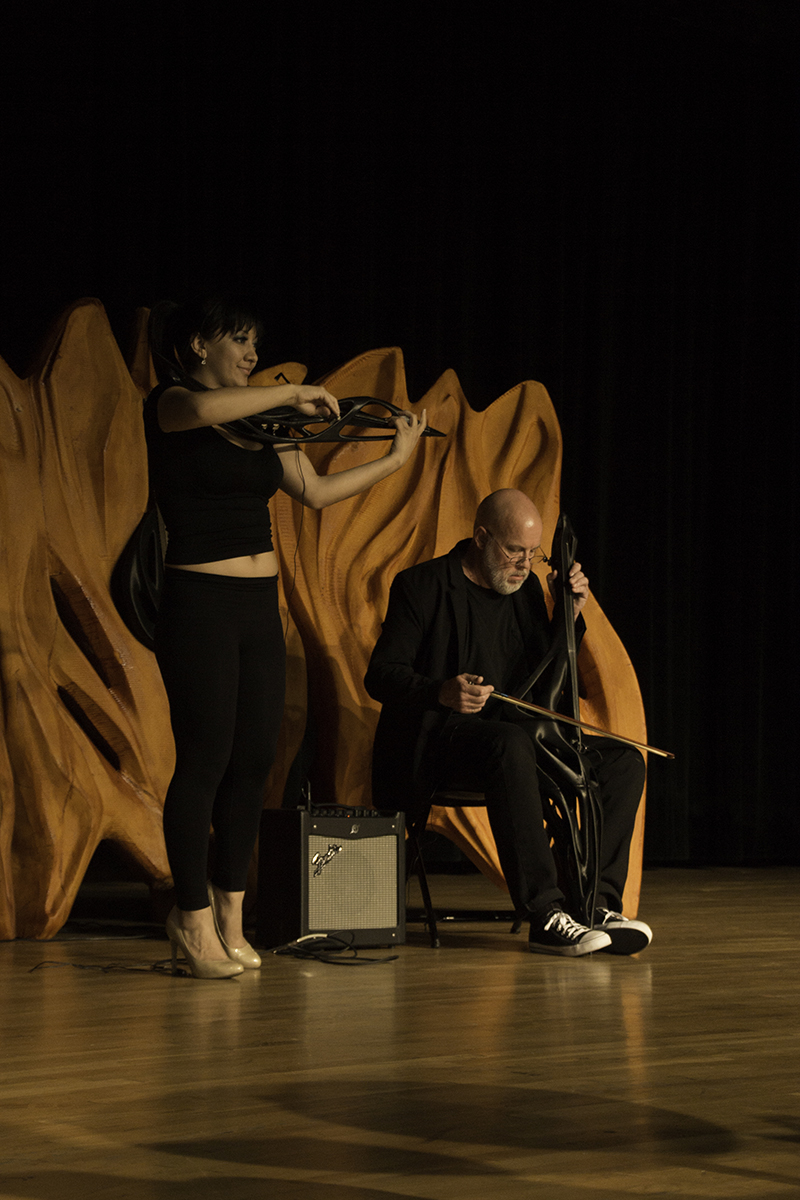 MONAD design studio, based in Florida, provided the soundtrack for the event, with professional musicians jamming experimentally on a stage overlooking the floor. These pieces were entirely 3D printed in pieces on MakerBot machines and glued together, leaving Vernoca Zalcberg, of MONAD, to continually monitor her fragile works, lest a curious kid pick up a dual-stringed violin and snap it in two.

In addition to the artists displaying their work, businesses that could enable such artists were also present in the Design Show. These included the likes of Materialise, 3D Systems, and MakerBot. While MakerBot stole almost an entire row of the showroom floor with their expo space, Materialise stole the show itself when it hosted the 3D Fashion Show. Models provided the canvas for 3D printed fashion from such designers as the aforementioned Helena Lukasova + Denisa Nova, Aaron Trocola, and Francis Bitonti, with Melinda Looi unveiling her “GEMS OF THE OCEAN” line.  Among these sea-inspired pieces was one of the world’s first, 3D printed, full-length gowns, laser sintered in one piece, digitally folded in thirds to fit in the build area.  The dress was subsequently dyed and fitted with 5,000 Swarovski crystlas. The model for which the dress was digitally tailored informed us that, though she couldn’t sit down in the dress, it was indeed comfortable. 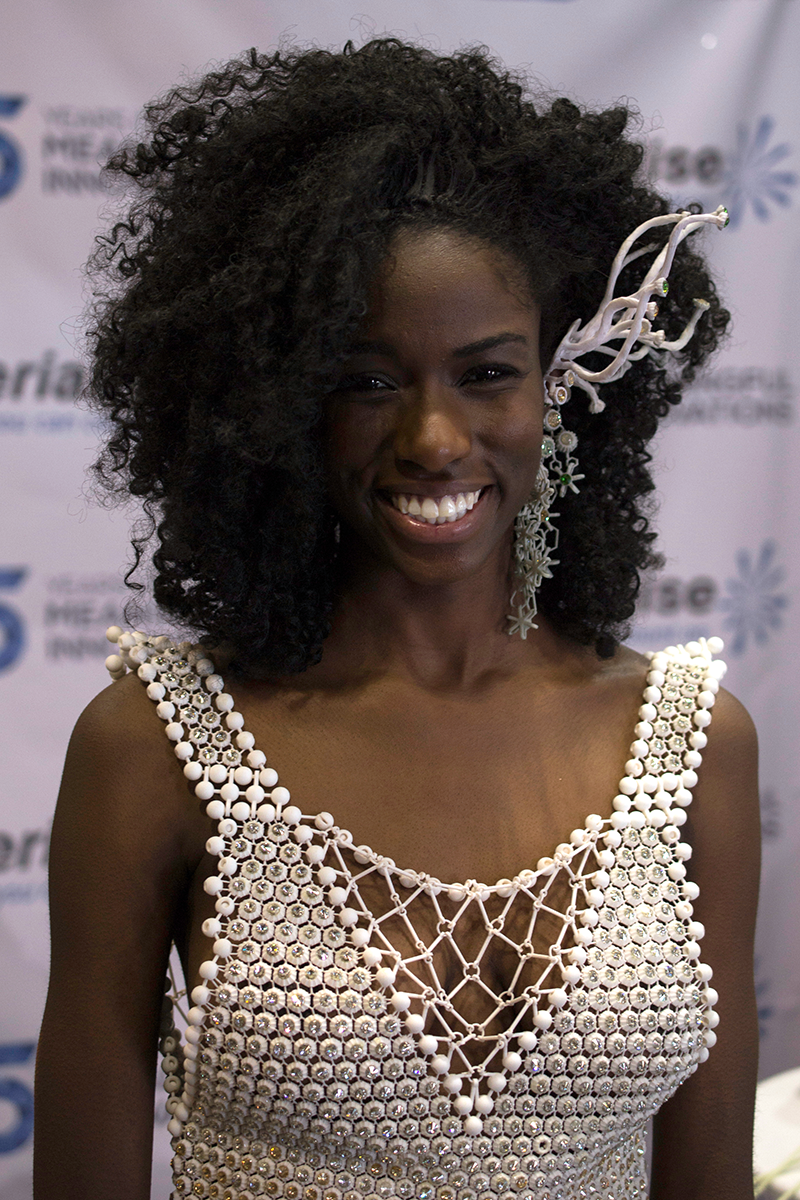 What looked like 3D Systems’ typical exhibit stall, a large and in charge booth in the shape of a giant cube, turned out to be the company’s pop-up shop and everything on display was for sale. Unfortunately, the lowest price object I was interested in was a $4,000 guitar by Olaf Diegel, so I politely played an out-of-tune guitar solo and walked away to see some of the start-ups that were focused on 3D printing and found their own place in the Design Show. 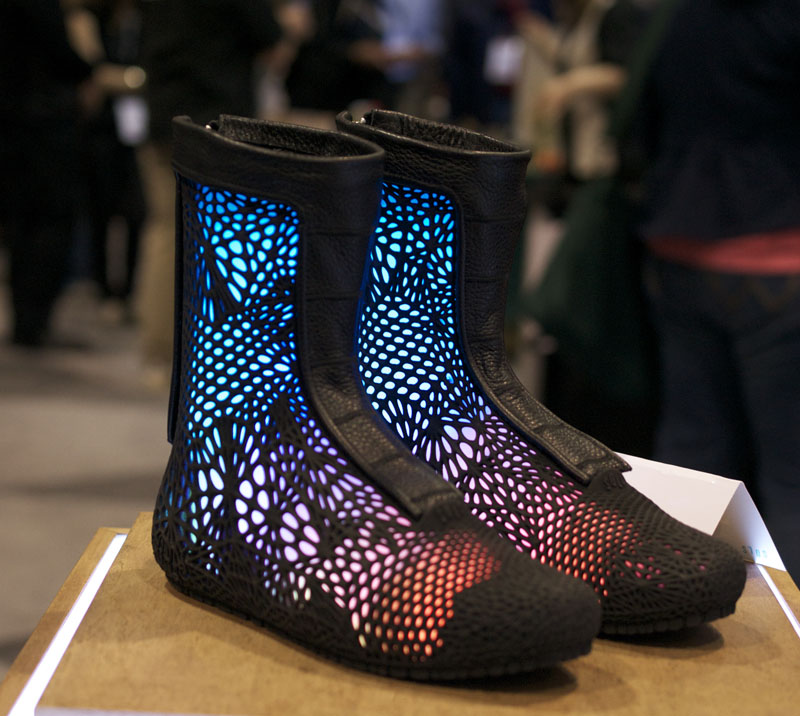 Two of the most recognizable 3D printing start-ups based in New York were present: SOLS and Normal, both of which promised customization to improve the comfort of its customers on opposite sides of the body.  They also both represent mainstream accessibility to 3D printing in ways that are easy to understand.  In the case of SOLS, this means 3D printed insoles that match the contours of an individual’s foot. For Normal, this means attaching small, personally-tailored 3D printed pieces to earbuds, in order to better situate them into a wearer’s ear. They also both represent potentially successes in the industry that might give 3D Print Week attendees even more reason to head back into the Inside 3D Printing showroom and purchase one of those 3D printers on the floor. 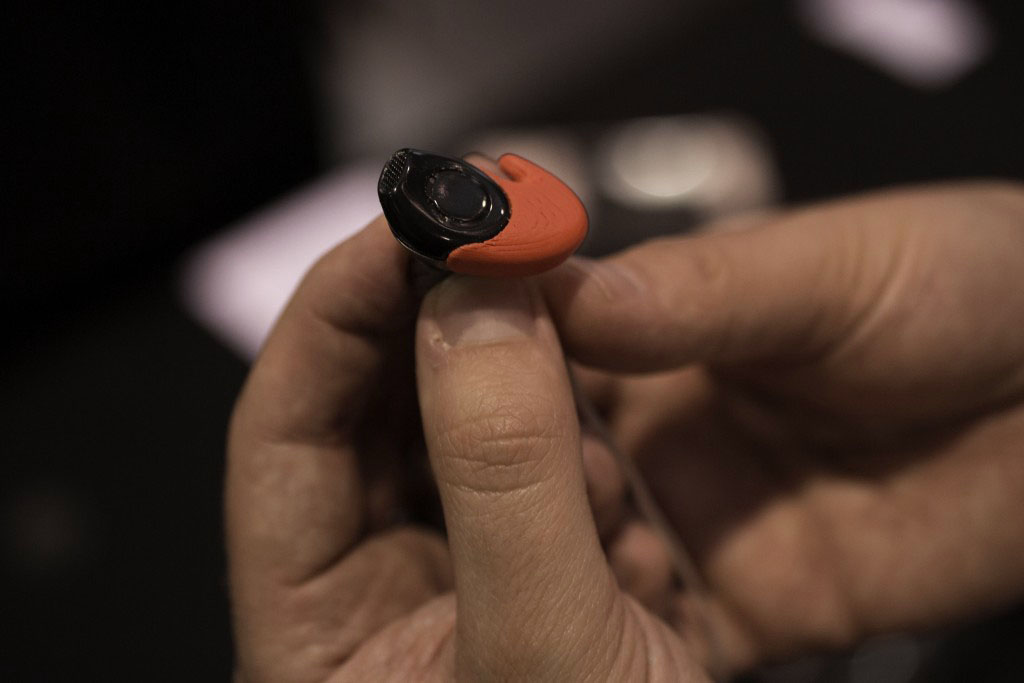 And, though the 3D Print Design Show gave Inside 3D Printing even more depth this year by featuring so many unique applications for 3D printing, the real component that it brought, for me, was the fact that it was free (or $20 at the door) for attendees.  This gave the general public an opportunity to see the wonderful ways that this amazing technology can be used, instead of limiting the conference to those who could afford to attend it.