A New York based hedge fund with over $16 billion in assets is betting heavily on the success of 3D printing software manufacturer, Autodesk Inc (NASDAQ:ADSK).

According to documents filed this week with U.S. financial regulator, the Securities and Exchange Commission, Soroban Capital Partners LP has increased its stake in Autodesk to become one of the largest investors in the California based software company. This latest investment means the hedge fund now owns 8% of the company, previously the total holding was reported at 4%

Taking their name from the Japanese word for abacus, Soroban have been counting the value of their rapidly increasing assets since 2010 when Eric W. Mandelblatt founded the firm with a small team.

Mandelblatt’s investment strategy appears to be paying off, earning returns of over 130% since the first reporting period in 2012. These numbers compare favorably against indexes maintained by DJ Credit Suisse Hedge Fund Index (BM1) which returned 19% and the HFRX Activist Index (BM2) that returned 45% during the same period.

At current market prices the investment holding of 17.8 million Autodesk shares is valued at almost $1.3 billion. When Soroban reported share holdings earlier this year in June they had only 10 million shares in the software company. At that time and with Autodesk trading at $53 per share, the value of their investment was $550 million. 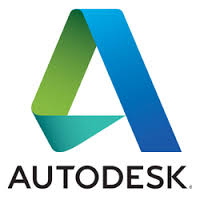 Although Mandelblatt may not be one of the most widely known names outside hedge fund circles, investors would be wise to make a note of this savvy investors moves. Since leaving investment managers TPG-Axon Capital Management he has assembled a team including fellow TPG-Axon alumni, Scott Friedman and Gaurav Kapadia. Prior to that Mandelblatt worked for investment bank Goldman Sachs as an analyst covering the energy sector.

The strategy used by Soroban is often referred to as ‘activist’. In this context the term refers to an approach where the investor takes a large shareholding with a view to influencing the company in a way that will enrich investors in the fund.

Activist funds will engage with management and the board directly, and may even press for an under-performing company to change strategy or sell assets. In the case of Autodesk and with a $20 rise in the company’s share price during the past quarter, this is clearly not the approach of Soroban.

Instead the increased investment reflects Soroban’s growing tendency to invest in increasingly larger companies. Currently the hedge fund reports holdings in familiar names such as Time Warner, AT&T and the brewers of Budweiser among their other investments.

Read more about the financial performance of Autodesk here and subscribe to our newsletter here.