In March of last year, Ari gave an in-depth review of the 3D Print Canal House, what is projected to be the “first” 3D printed house.  At that point in time, the architects of Dutch firm DAS had built the printer, titled KamerMaker XL (Dutch for “room maker”), and were in the process of printing 1:20 scale parts the building. Less than a year has passed and DAS is moving onto the big show, the actual 3D printing of the components for the “first” 3D printed house. 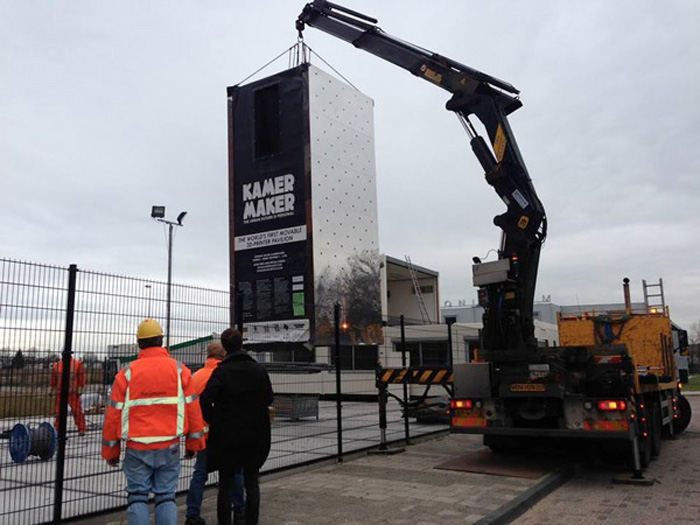 KamerMaker XL, a 3.5 m tall FFF printer, made its way to the Buiksloter Canal in Amsterdam on January 6, where it’s already begun printing. The printer, more or less a large RepRap housed in a shipping container, is using a type of plastic — an 80% bio-based hotmelt, developed by German chemical company Henkel — to print pieces that will be assembled into a complete house. The project’s website describes the process: 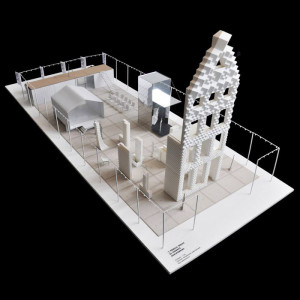 Each room is printed separately on site before being assembled into one house. This way the rooms can be carefully tested in a safe and easy accessible manner. Each room is different and consists of complex and tailormade architecture and unique design features. The structure is scripted and this creates its proper strength but also generates ornament, and allows for new types of smart features, such as angled shading scripted to the exact solar angle. Each printed room consists of several parts, which are joined together as large Lego-like blocks. Both the outside façade as the interior are printed at once, in one element. Within the 3D printed walls are spares for connecting construction, cables, pipes, communication technique, wiring etc.

The rooms themselves are entirely structurally sound. In the second phase of the project, the separate rooms are assembled into connected floors, and then stacked into the entire house. Added advantage is that the rooms can fairly easy be disconnected in case the house needs to be relocated.

DAS has already demonstrated the scale of objects that they can print, including the enormous 3D printed bench pictured below. The printing of the home and its assembly by construction company Heijmans is projected to take about three years. That gives other groups also racing to complete the “first” 3D printed building some time to enact a more efficient house printing process. 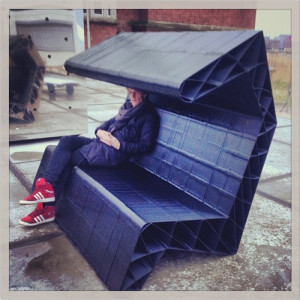 Because the site of 3D Print Canal House will also act as a space for research into architecture and additive construction, each room of the home will be dedicated to different research areas.  One research area is into the use of smart data for efficiency purposes: “3D Print Canal House will have a smart ‘data fireplace’ at the heart of the house. It distributes all resources such as water, energy and smart domotica and connects all rooms. As normally you can’t see data, the ‘smart data fireplace’ visualizes in a poetic manner the energy & data usage in the house…Research topics are: How can we print with conducting material? How can we integrate sensors in digitally fabricated design?”

The larger aim of the project is to meet the housing needs of the 7 billion people on the planet, DUS architect Hans Vermeulen explains in the video below.  Vermeulen seeks to address the sub-standard shelter for the world’s poor that has developed in megacities across the globe.  Though the firm doesn’t ultimately wish to use plastic for the construction of buildings, the architect points out that “it’s not that we think everyone should live in a plastic house, ha ha. It’s the material that works at the moment.”

If you’re one of our readers residing in or near Amsterdam, you should really consider attending the grand opening of the construction site on Sunday March 2, 2014. Private pre-screenings and tours can also be arranged if you email [email protected]