Aprecia Pharmaceuticals made headlines with the announcement of the FDA’s approval of their medication Spritam, making the medicine the first 3D printed pharmaceutical to be approved by the FDA.  Since then, there have been numerous 3D printed implants and materials to be deemed acceptable by the FDA for use in the medical industry, but no other drug has yet been announced, with most 3D printed pharmaceuticals still in the research phase.  Aprecia continues to forge ahead announcing that Spritam is officially available to the US market. 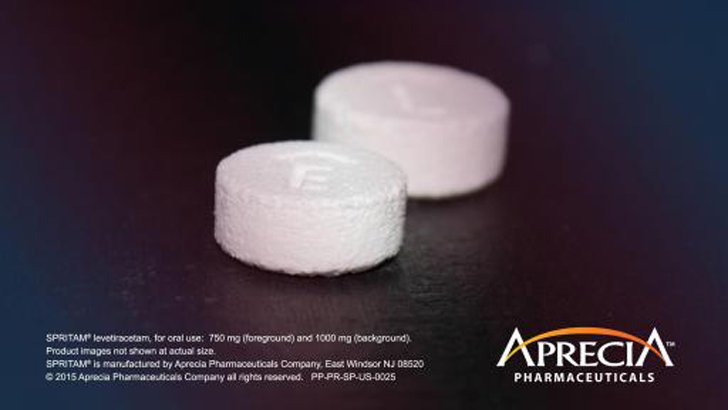 Spirtam is specifically designed to treat a variety of seizures, including partial onset, myoclonic, and primary generalized tonic-clonic seizures.  Unlike other treatments, Spirtam is 3D printed using Aprecia’s ZipDose technology.  Using powderbed inkjet process licensed from ZCorp, now a part of 3D Systems, Aprecia is able to 3D print batches of the formula in such a way as to yield an instantly dissoluble tablet.  With just a small amount of water, Spirtam can be taken by patients that might otherwise have difficulty swallowing a pill, such as some elderly patients. These tablets are designed to deliver large doses of the medication at once.

Now, the medication is officially on the market, with CEO of Apercia, Don Wetherhold, saying, “Spritam is designed to transform what it is like to take epilepsy medication, and is the first in a line of products we are developing to provide patients and their caregivers with additional treatment options.” The other products mentioned by Wetherhold will partially be made possible due to a $35 million funding round led by Deerfield Management earlier this year.

While Spritam only really tackles one problem with traditional medications, it demonstrates the potential that 3D printing has for the pharmaceutical industry as a whole.  The ability to quickly dissolve a drug is really a custom solution for those with swallowing problems.  As the technology improves, it’s possible that medication could be tailored to individual patients even further.  Rather than have a one-size-fits-all dose for patients, for instance, we might imagine pills 3D printed for a patient based on their body weight.  It may just be the beginning, but the end goal is powerful enough to fuel the race.