The Era of the 'Prosumer' & 3D Printing

“Prosumer” — Anyone following the 3D printing industry will have heard that term a lot lately, especially around the recent launches of MakerBot’s Replicator 2 and Formlabs’ Form 1 3D printers, which are labelled specifically as ‘prosumer’ machines. However, the use — and meaning — of this term, which was introduced in 1980 by futurologist Alvin Toffler, varies significantly. A current trend these days is to combine two words (or names — think ‘Brangelina’) to form a single new word that conveys both of the original words in a single entity. This trend is generally employed for branding and ownership purposes. It is a word that is gaining more and more visibility in today’s versatile media, across a range of typically professional sectors looking to extend their target market — and profit — by gaining a foothold in the consumer mindset. Today ‘prosumer’ is gaining momentum, even considering that the actual theory behind the term has its roots in the early 70’s.

The etymology of ‘prosumer’ is interesting and deserves a closer look. Even though the most used explanation behind this term today is by far the combination of professional and consumer — either the ‘professional consumer’ or professionals AND consumers; the founding futurologist who coined the term originally had a different intention — the term was formed from the words proactive and consumer. There is also a third combination to throw into the mix, albeit the least used but perhaps most highly relevant of all within the context of 3D printing — the producing consumer. As various different meanings can be laid over ‘prosumer’, the confusion surrounding it is inevitable.

So, for anyone that is confused, I am going to take a closer look at this terminology and its meanings within the context of 3D printing today and throw in my opinion — feel free to add to the debate in the comments section below.

The Professional Consumer mindset focuses on and plays to our natural urge — in the technology age — to stay on top the latest tech-consumables available en-masse, a sort of man vs machine battle, where man, any man, can win. An example of this would be DSLR products, which, in the past were only considered appropriate for professional photographers, but today they have broken through to the mass market replacing many point-and-shoots. 3D printing for most of its 20 year history has been a professional activity, but in the last couple of years it has started to penetrate through into consumer consciousness, and as prices reduce while capabilities increase — with more mainstream awareness — vendors of 3D printers such as the Form 1 and Replicator 2 are throwing down the gauntlet to the ‘professional consumer’ by offering pro-grade machines at (almost) consumer prices while building in more intuitive ease-of-use.

There is also the angle that these vendors want to target professional users of 3D printing AND consumers, either because the technology is now appropriate to both, or, more cynically, because at this early stage they are not convinced about which market will provide the most lucrative return. Whatever the reason, they are going after both — hence the ‘prosumer’ label — to cover all their bases as the market reacts. 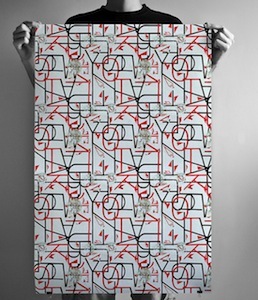 The Proactive Consumer can be perceived as a type of dedicated loyalist, where the brand value is so high that consumers are willing to give something of themselves pro bono in order to promote — and sometimes further develop — the product or service. This is pretty much how the open source community operates, and the users, while being extremely brand loyal, also tend to try to convert others to follow suit, while providing respective organisations with valuable data and insight on future trends and developments. A visible examples of this within the 3D printing world has been witnessed recently as Makerbot made the move from Open Source, with its roots in the RepRap project, to a closed off corporation developing proprietary technology. The pros and cons of both sides of the argument were aired publicly and it really comes down to opinion as to where you stand.

A broader, and perhaps more extreme, example of this is the ongoing on and offline feud between the so-called Android ecosystem’s ‘Fandroids’ and Apple’s ‘iFanboys’, where objectivity has long gone, and been replaced with religious appraisal and straw man arguments accompanied by the ubiquitous ad hominems.

For me, the problem for 3D printing and the proactive consumer is the line drawn in the sand between objectively wanting to share and universally benefit versus steal and profit. Also, from a marketing perspective, there is a similar line, between sharing ideas, optimism and real and potential applications versus creating false expectations by completely disregarding reality. It is not something that can be easily controlled and it could even cause damage to the overall cause.

A Producing Consumer can be viewed as a consumer v.1.2 — someone who has evolved from being a mere consumer to a point at which they design and make products themselves. Alternatively, having purchased a consumer product, if a feature they require is found to be missing or flawed — the tendency is to fix it themselves. The producing consumer also has a propensity to share results, often online. For me, this is the most appropriate definition regarding the 3D printing world today — as the means of fabrication — both hardware and software — is widely available to anyone that wants to engage with it.

But however the term and the definitions are interpreted, one key question remains – what does this all mean?

I confess that personally I have a cynical nature and regarding the term ‘prosumer’ in general, despite the definitions above, and outside of the 3D printing context, I have wondered if it is just another banal marketing gimmick disguised as a user-centered strategy. And as such, in a dystopian sense merely guides the general consumer into settling for less with the excuse of heightening self-esteem by making things that have traditionally been the job of the de facto supplier. A couple of examples would be, vendors forcing us to read gadget manuals online instead of supplying hard copies with the product (labelled ‘eco-friendly’); setting up all of our hi-tech equipment ourselves (portrayed as a ‘can-do attitude’), all the while paying the same exact total amount for extra effort on our parts – so actually paying a type of premium?

But I don’t think like this when it comes to the 3D printing industry. Quite the opposite in fact — 3D printing empowers us as consumers to take responsibility for ourselves and our own personal needs — by embracing the ethos of DIY. Today more than ever, if we see something that is not quite right with a consumer product, we are encouraged to design and apply the needed improvements ourselves. This is a worldwide community phenomenon that is evolving, where peers instead of corporations provide non-patronizing support and encouragement. And it is this aspect of ‘prosumerism’ that I would personally like to see emphasized more – the proactive side.

The various parties behind the hype surrounding 3D printing, mainly the result of no or bad research or sensationalist click-baiting ‘new’ media IMO, are guilty of distorting the current reality regarding 3D printing by focusing on current R&D and future forecasts and implying it is all possible now. This cannot be denied, however, I personally believe that this is not as big of an issue as some do — consumers, and particularly prosumers, will be aware of the real possibilities of 3D printing, being as they are extremely e-literate, with reputable sources critical and thus are able to distinguish between reality and hype. I also believe that the general progress of the industry is so fast-moving, that many of the applications currently only on paper, much less in 3D CAD files, will be much closer to reality when the respective consumer actually buys his/her first printer.

In conclusion, I think today’s ‘prosumer’ embodies some of all of the definitions – the professional, producing and proactive consumer. But why is the background relevant and important? I believe that even though this could be dismissed as semantics, the usage of unified terminology is vital when a new area of business is brought from a niche to the mainstream market. And so it is with 3D printing as it continues its transition from being highly tech-eng oriented towards universal adoption. It is the responsibility of the entire 3DP community, including all of us, to lower the barriers to adoption — including the language.

All images by Felipe Cabral Minutti licensed under Creative Commons