At Rambam Hospital in Haifa, Israel, doctors completed a Patient Specific Implant (PSI) of a fighter from Syria whose was hit by a bullet directly in his lower jaw.  Prof. Adi Rachmiel, director of Rambam’s Department of Oral and Maxillofacial Surgery and Dr. Yoav Leiser decided to reach out to one of the world’s largest producers of custom dental implants, Ashdod-based AB Dental. 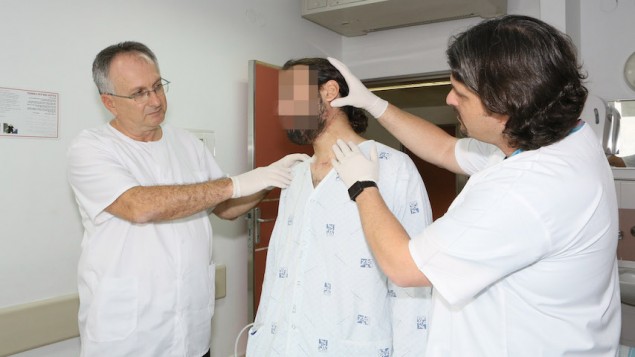 With conventional medical technology, doctors helping such a patient would be forced to connect a variety of machined plates into a single unit.  With 3D printing, however, a single, patient-tailored piece piece could easily be produced. After taking digital data of the man’s disfigured jaw, they sent their measurements to AB Dental to print a patient-specific titanium jaw to implant during surgery.

3D scanning, 3D modeling and 3D printing have influenced dentistry in a profound way.  I remember dentists using those impression plates filled with silicone to make models of my teeth. Bite down and the dentist takes the impression build the needed dental object, such as a crown. Corrections are made and drills are fired up in order to achieve a tight and lasting bond.

Now, dentist can use oral scanners to capture your tooth, gum and jaw data.  A digital file is sent to 3D printer, and a precise object is created for whatever the operation may be. Medical applications of 3D printing show how the technology can be used to help save lives.  The skills and intent one brings to a 3D printer dramatically effect the characterization of the result.

In the case of the Syrian fighter, he was eating and speaking only one day after the operation was performed. Needless to say, Rambam will be using this procedure regularly from now on.  In the next few weeks, the procedure will be used on three other patients. Dr. Leiser expressed his thoughts about the success of the procedure, saying of the patient, “We succeeded in returning his human quality.”