Collaborations between large companies and makerspaces are becoming more common, with NTT Data Italy being the latest software giant to exhibit a direct interest in 3D printing technologies. Senior managers worldwide are realizing that the lateral thinking approach supplied by creative teams, that are not necessarily within the company itself, can offer a significant contribution to innovation.

Some IT companies are already going the extra mile and setting up makerspaces within their own premises. Sony Japan was among the first, and now another large Japanese software company, NTT Data, is taking a similar approach. Through an initiative set up by the local management, the company is creating a space dedicated to assessing the possibilities offered by 3D printing at the Milan office of its Italian branch. 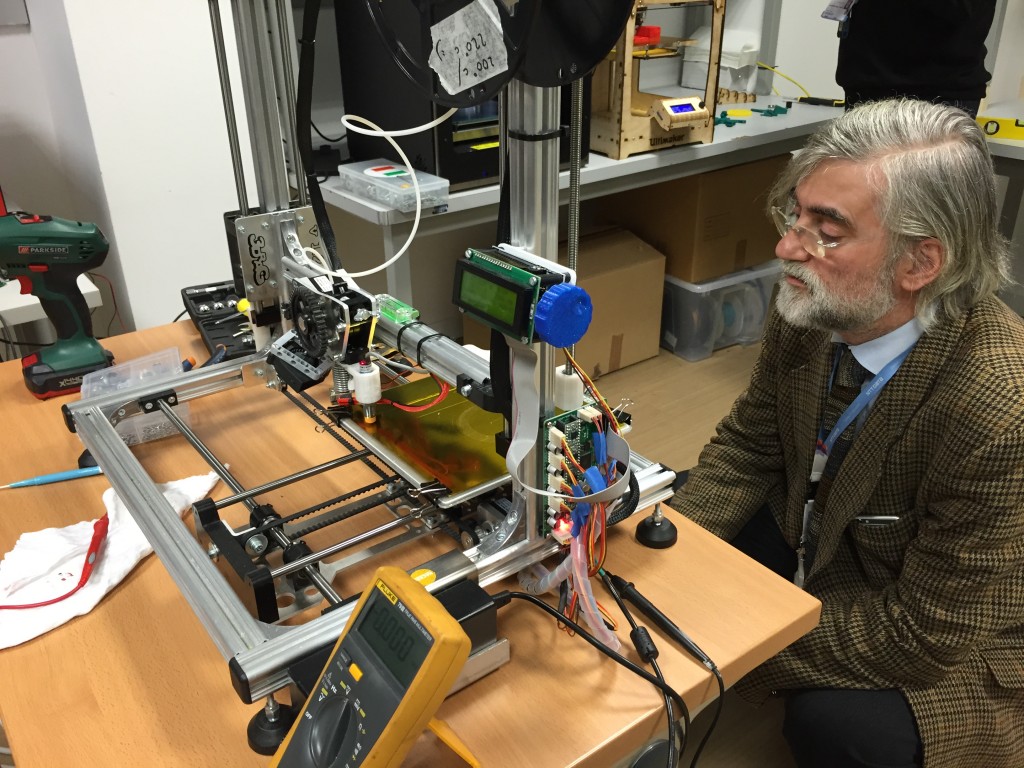 The project has been brought forth by Gianpiero Meazza, Senior Vice President of Innovation at NTT Data Italia. Having been among the very first employees of the company when it was started almost two decades ago, he has witnessed the evolution of software platforms and sees in 3D printing the next possible area of intensive growth and applications.

NTT Data Italia was formed through the acquisition of Value Team, a local company specializing in consultancy and IT solutions with over 2.500 employees worldwide. It is now part of the global NTT Data group, which originated from Japan’s Telephone and Telegraph company and has over 75.000 employees worldwide. In Italy, NTT Data offers its services to huge retailers, as well as telecom service providers; however, the company is interested in finding out more about future opportunities offered by 3D printing and 3D printing services. The best way to do so is by getting a feel for these possibilities first hand. 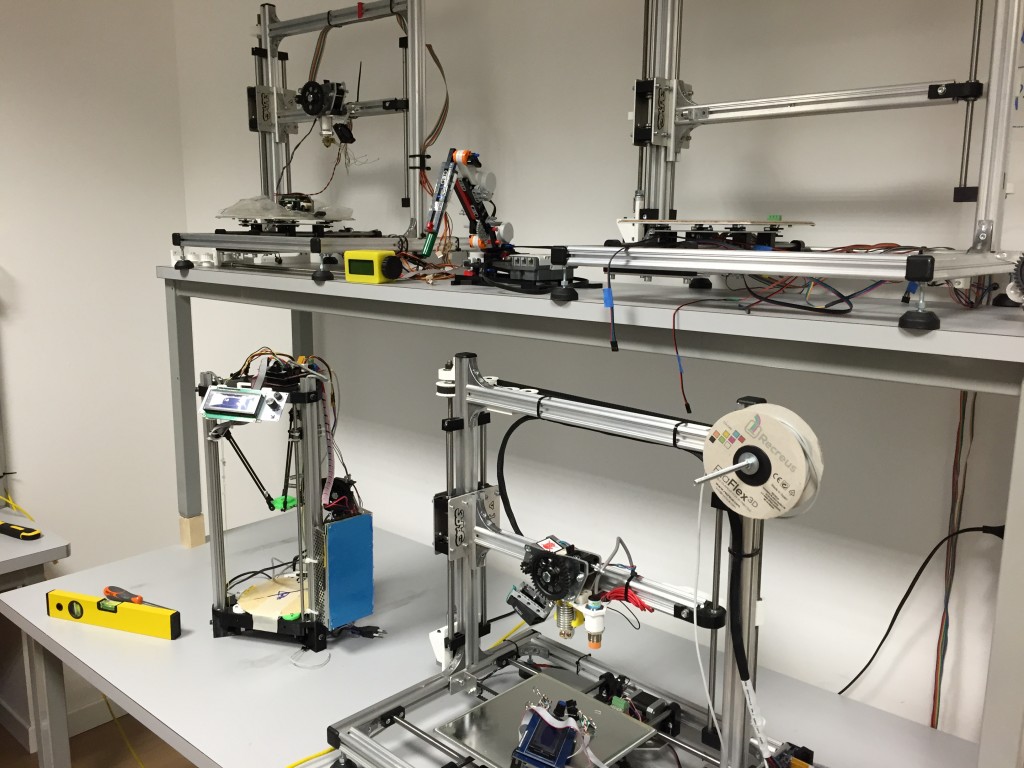 Meazza, thus, set up a laboratory for employees to both assemble and use desktop 3D printers. The current selection includes: several 3Drag open source kits, which were built as a result of a one day workshop for the employees and their families; an open source, DIY delta 3D printer; an Ultimaker Original; a custom made Sharebot NG; and a FABtotum, multi-purpose 3D printer. Through an ongoing collaboration with the local Politecnico university, the 3D printers are constantly updated and used to produce parts for other 3D printers, in the purest RepRap philososphy.

Local university students are currently working at two different projects. One is an integrated system for self-calibration of the print plate on the 3Drag machines. The other is the adaptation of the +Lab’s paste extruder, in order to 3D print with several paste materials, including chocolate and other foods. 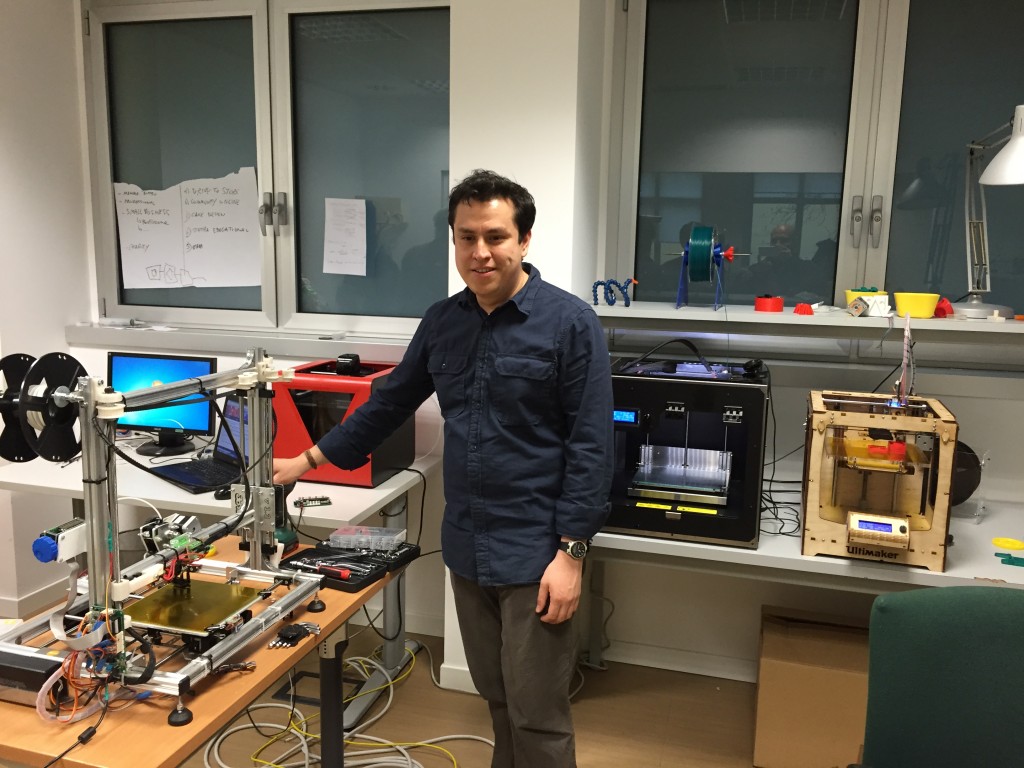 These are just a few initial experiments. “NTT Data’s vision goes well beyond RepRap and desktop 3D printing,”  Gianpiero Meazza told me. “Several of our customers have expressed a direct interest in production machines, including laser sintering 3D printers, to implement a leaner supply chain and manufacture on-demand products for final use. There are companies that could easily afford to purchase a €200.000 system just for testing purposes.”

These projects will require an innovative approach, especially for companies like NTT data (or Google for that matter) that are used to working exclusively with digital data and software. Perhaps the seed for the next great idea in software platforms could sprout from a small makerspace in NTT Data Italia’s basement. 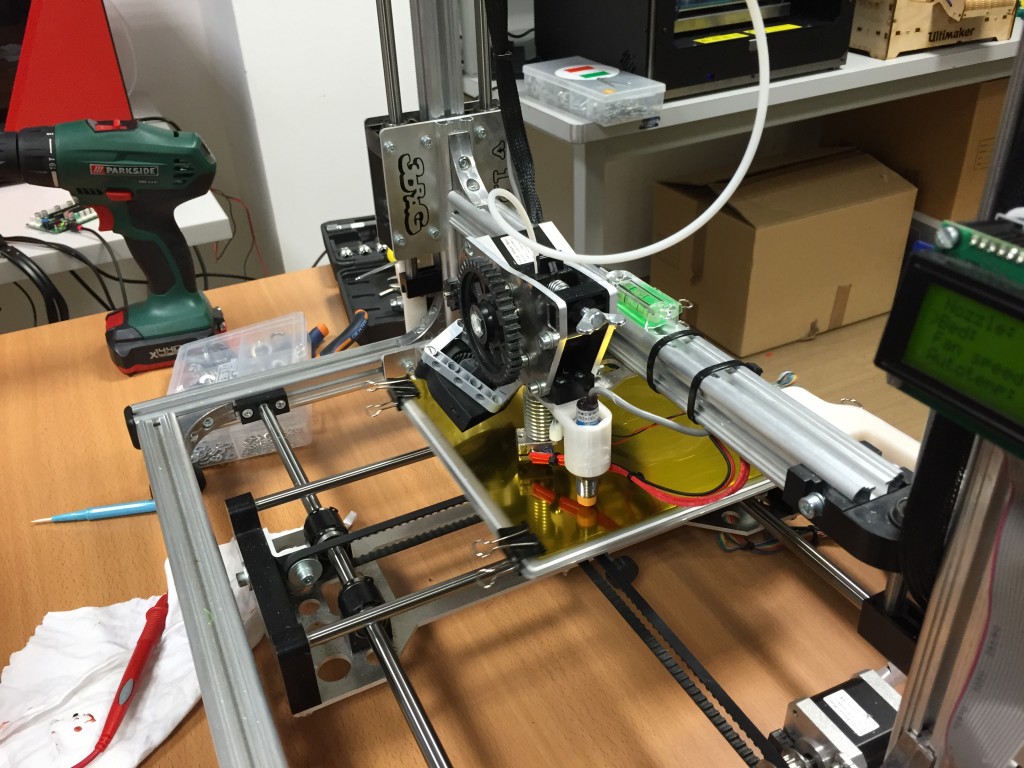