A new company based in Shanghai believes that it has created three new 3D printing filaments that are superior to those already on the market. And, it appears, the Kickstarter community has enough faith in them to see for themselves. Polymakr has successfully met its financial goals on the crowdfunding site, making it possible for them to mass produce their PolyMax PLA, PolyFlex and PolyWood FFF/FDM filaments.

After researching and developing new materials for the past year, the company has produced three new filaments that it feels enhance already existing materials on the market. PolyMax, it claims, is a stronger version of PLA.  With a similar melting temperature to ordinary PLA, PolyMax is said to have even higher bending, tensile, and impact strength than ABS, without the toxic effects and smell. 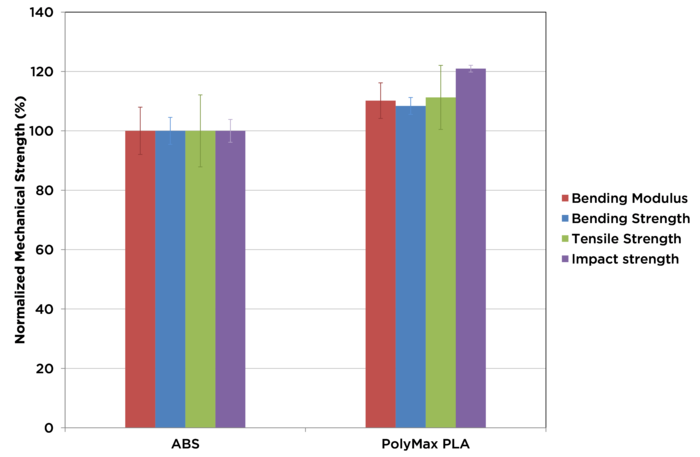 PolyFlex is similar to other flexible filaments on the market, in that it can be used to print rubber-like items; however, it is meant to compensate for the overly soft nature of such filaments already available. Other flexible filaments may be so soft as to not create enough friction to push through the extruder. Polymakr has said that their flexible filament will not succumb to such problems and will work with most desktop FFF machines, without slowing down the printspeed dramatically.

Unlike Laywoo-D3 and other wood filaments, PolyWood does not contain any wood or sawdust.  This, the company believes, gives their material a significant advantage because prints with PolyWood are shown, on their KS page, to be more consistent than their wooden counterparts.  What makes for the wood-like appearance of their material is that it is porous. Really, it’s a brown, slightly foam-like filament. Though they claim to be the first to produce a foam filament, I’d direct them to the Poro-Lay series by Kai Parthy.

Now that they’ve gotten their funding, the team at Polymakr will be able to manufacture their filaments en masse. Having tried to work with some flexible and wood filaments, with limited results, I’d definitely like to give these last two materials a try. The team claims that their filaments work well with a wide variety of 3D printers, including Makerbots, RepRaps, and Afinia/Up! Plus machines. For $30, you can purchase one pound of the PolyFlex or PolyWood material and see for yourself.  For more information, visit their Kickstarter page and/or watch the video below: