Last august, 3D printing designer and engineer Joris van Tubergen thought up a clever method for drawing attention to the plight of endangered elephants for World Elephant Day. Using five ingeniously-modified Ultimaker 3D printers, van Tubergen was able to 3D print a life-size elephant live at Amsterdam Airport Schiphol as a part of World Animal Protection‘s “Get Off the Elephant” campaign.  The campaign necessitated that a petition to end tourist elephant rides, which land these majestic creatures in abusive captivity, be signed in order to ensure the completion of the 3D printing process.  With the 30,000 signatures required for the campaign, the faux elephant was printed in just two weeks and the entire process was captured by filmmaker Klaas Arie Westland 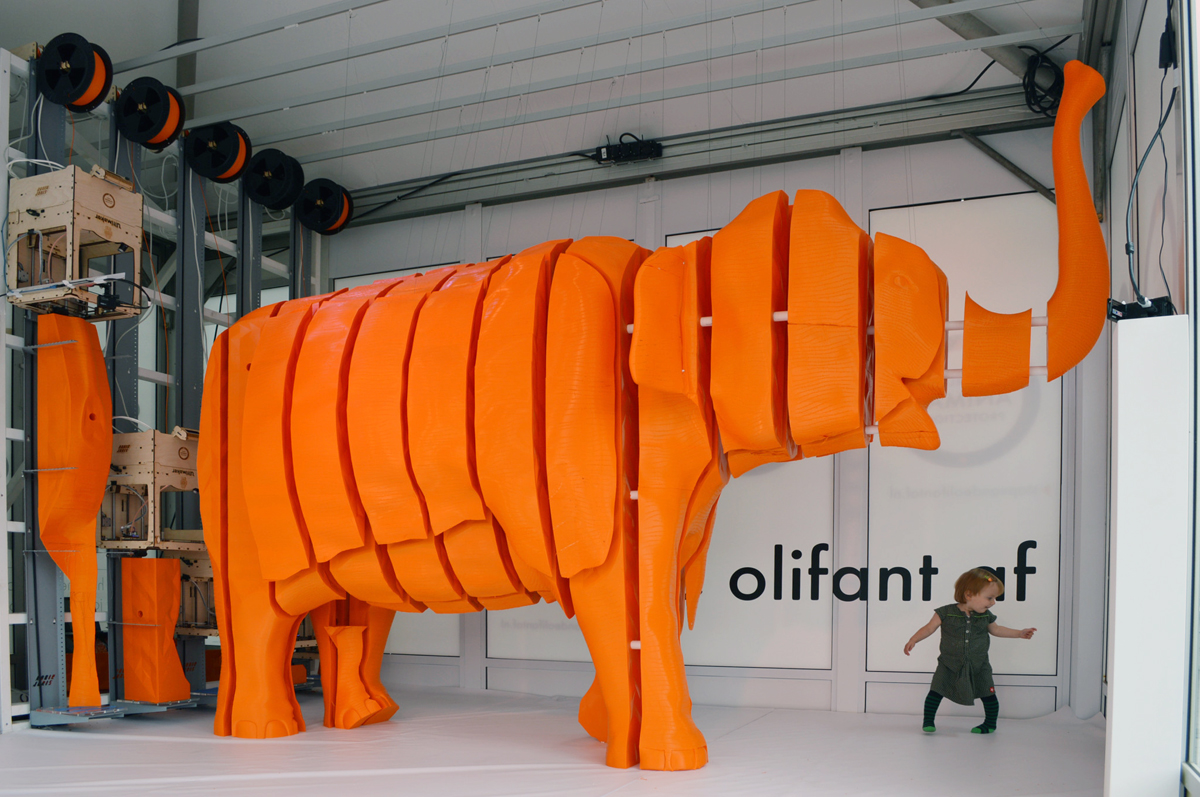 The mini documentary, embedded below, follows van Tubergen as he develops the project, both from a technical and interpersonal perspective.  In it, you’ll see how, to extend the build volume of the Ultimaker printers, the Dutch designer constructed an inventive mechanism for stretching out the Z-axis of the machines and printing upside down.  Moreover, you’ll get an in-depth look at the real motivation behind the campaign to better understand the cruelty implemented to break an elephant for the tourism industry.

In addition to the release of the documentary, the designer has also announced that the elegant Ultimaker mod will not be reserved for his own personal use. van Tubergen will be launching a Kickstarter campaign that will see this add-on made available to KS backers, allowing them to 3D print extremely tall objects. 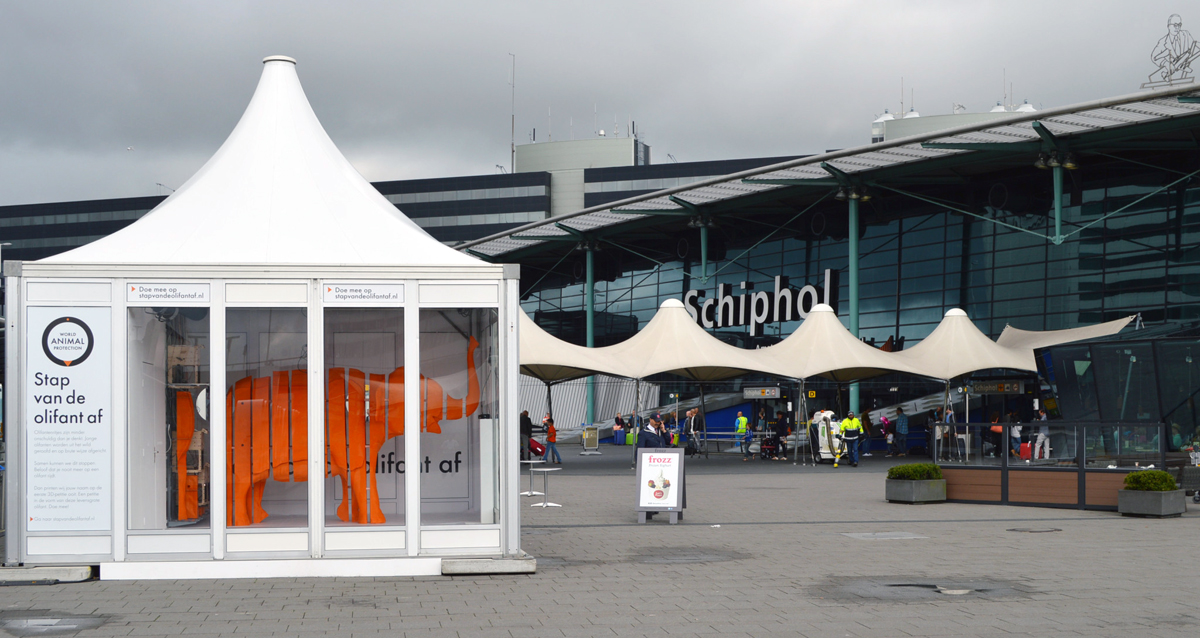 As tragic as the story behind “Get Off the Elephant” is, the attention that the project has brought to the brutal practice of elephant riding demonstrates the efficacy of van Tubergen and World Animal Protection’s installation.  And, perhaps more importantly, those more than 30,000 people that signed the petition to ban elephant riding demonstrated the compassion that still exists in the human race.