It seems that HP, Staples, UPS and Asda aren’t the only large corporations to jump on the 3D printing bandwagon. Everyone’s favourite “chicken” nugget supplier also dreams of incorporating the hottest technology into their business somehow. How might McDonald’s use this revolutionary manufacturing process? By making toys for Happy Meals!

McDonald’s UK IT director, Mark Fabes, told The Register that 3D printed-toys could be part of the Happy Meal package. For most kids, purchasing a Happy Meal is a gamble, and not just in terms of health. Though there are a series of 7 or 8 different toys on display, there’s no surefire way of knowing exactly which one you’ll get. You might be hoping for a Dora the Explorer and find yourself left with Map, a character that is literally a map. 3D printing could solve that old problem by allowing kids to print custom, on-demand toys.

The idea, at this point, is still just an idea, however. There have yet to be any plans for a pilot program and Fabes has said that there are still lots of variables to consider, such as how safe or appealing it would be to melt plastic in the same room that you’re melting cheese. Fabes did suggest that, if the Golden Arches did pursue the tech, they’d have to find a supplier, and a serious one at that, saying, “It’s got to be a big partner in terms of robustness.” 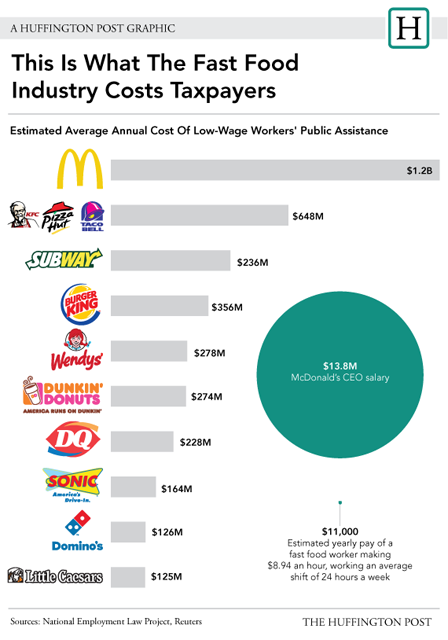 It’s difficult to write about this sort of thing without mentioning McDonald’s news Stateside. This summer has seen the largest series of protests by fast food workers that the country has ever seen, with workers demanding a raise in the nation’s minimum wage from $7.25 to $15 per hour. In conjunction with the strikes, a slew of news reports came out regarding the corporation’s “Practical Money Skills Budget Journal”, which instructed employees struggling to make ends meet to get a second job, and their McResource line, which instructed employees to seek food stamps. A recent study from UC Berkeley and the University of Illinois also calculated that the country’s fast food workers account for approximately $7 billion in federal aid, including Medicaid, food stamps and tax credits, suggesting that companies like McDonald’s are allowing US taxpayers to do the job of paying their workers sufficiently. So, though 3D printing might provide a fast food company with a fancy gimmick to bring in customers, I think that they might have bigger fish to fry.