King Carl XVI Gustaf and representatives from the Royal Swedish Academy of Engineering Sciences (IVA) visited Arcam during their study trip in West Sweden last month. Arcam’s technology, which is becoming increasingly established globally, was demonstrated to the delegation. The visit was part of a program that involved successful industries in West Sweden. IVA’s Chairman Leif Johansson led the delegation, and Arcam’s CEO Magnus René hosted the visit. 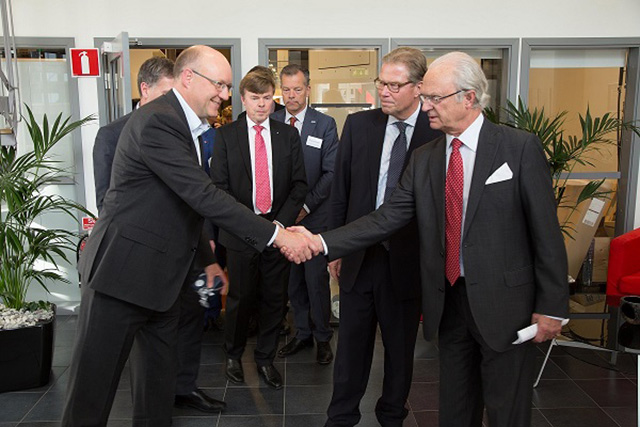 Arcam shares have been a real buzz for investors this year. Also the oft under-reported company which exists in the shadow of behemoths 3D Systems and Stratasys, is ready to (I speculate) possibly be assimilated by Hewlett Packard next year. The company has introduced the new Electron Beam Melting system this year the Arcam Q10. 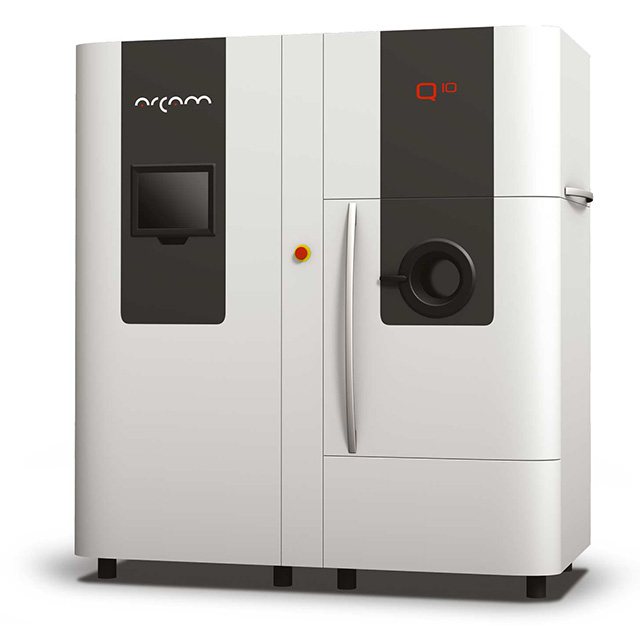 The Arcam Q10 was developed in close collaboration with leading implant manufacturers owing to the fact that the orthopaedic sector is one of Arcam’s two main markets. The system is designed to meet the implant industry’s need for accuracy and quality assurance. The Arcam Q10 replaced the Arcam A1, which became the industry standard for 3D printing of orthopaedic implants.

The EBM technology has been used for implant production since 2007, and more than 30,000 EBM-manufactured orthopaedic devices have been implanted worldwide. The Arcam Q10 includes several new features for industrial volume production.

Founded in 1997, Arcam is listed on the NASDAQ OMX Stockholm, Sweden. Head office and production facilities are located in Mölndal, Sweden. Support offices are located in the United States, Italy, China and the UK.