As the onslaught of CES 2016 approaches, 3DPI is geared up for all of the new 3D printing products that will be unveiled at the largest consumer electronics show in the world.  Knowing a few of the goods that will be put on display starting tomorrow, I can tell you that it will be an exciting week.  Today, MakerBot kicked off the CES news with the announcement of the MakerBot Smart Extruder+, meant to compensate for the issues seen with the previous swappable Smart Extruder, which became one of the primary issues for the Stratasys-owned consumer 3D printer brand in the past couple of years. This time, MakerBot says that the new extruder has been put to some serious testing.

Since the original release of the 5th generation of MakerBot 3D printers in 2014, users have had issues with the Smart Extruders on those machines.  Prints saw frequent clogging and getting MakerBot printers to begin print jobs was difficult to achieve. To fix the issue, customer would often have to purchase entirely new Smart Extruders. The worst part was that, if customers were no longer under the six month warranty, they would have to spend $175 on a replacement. Then, when the Smart Extruder was featured prominently in a class action lawsuit against Stratasys, it seemed as though the 5th generation printers and their extruders may have been rushed to market.  All of this resulted in financial issues for the consumer 3D printer brand, leading to two large rounds of lay offs.  Now, it would seem, MakerBot is trying to regain the public’s trust with a new extruder that they claim has undergone significant testing.

Ahead of CES, the company has announced the Smart Extruder+, which is said to have an “enhanced” thermal management system and extended PTFE tube for feeding filament into the nozzle. MakerBot also suggests that it allows for a faster print start up and better build plate leveling.  The “smart sensors” inside the extruder are also described as being enhanced for a more streamlined 3D printing process. By communicating with MakerBot Desktop and MakerBot Mobile software, the extruder informs users of their print statues, with the filament detection sensor telling users when filament has run out while pausing the print. The video below outlines the features of the module in greater detail.

Whether or not the previous MakerBot line was rushed to market, MakerBot says that it has worked with Stratasys to test the new Smart Extruder+, issuing a great deal of numerical stats to prove it.  The product testing took over 160,000 cumulative hours (18 years) of print time with 5,800 prints performed separately by MakerBot and Stratasys, which they say will “help ensure independent verification of the results,” though both parties belong to the same corporate entity.  They report that the Smart Extruder+ was consistent for over 700 hours on the 5th Gen MakerBot Replicator, totaling 1.44 miles of MakerBot PLA Filament. They say that even over 90 percent of the test units were still going strong at 1,200+ hours of print time.  And the warranty of the Smart Extruder+ has been set at six months with no limit to how much PLA has been printed.

MakerBot CEO Jonathan Jaglom says of the new product, “The advances we made with the MakerBot Smart Extruder+ are a big step forward and set a new benchmark in 3D printing. The extruder is the most critical part of a 3D printer and it is a part that wears out after a certain period of time and needs to be replaced. We engineered and tested the Smart Extruder+ to enhance its reliability, provide better performance and extend its lifetime. And we stand behind it by doubling our warranty to six months. Because it is swappable, the Smart Extruder+ can also reduce downtime when it’s time to replace it.” 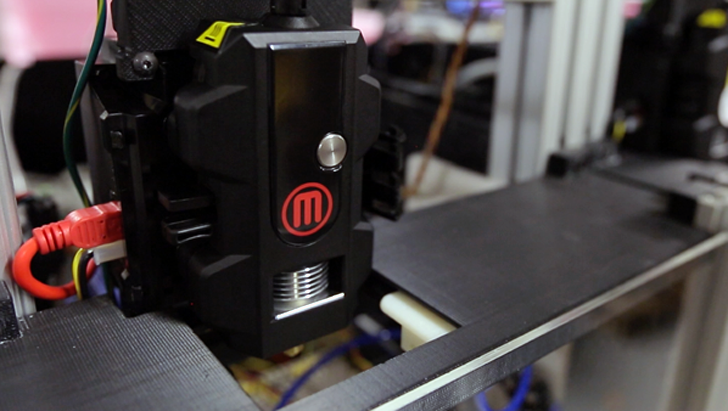 The new Smart Extruder+ has an MSRP of $199, slightly more than the previous, defective module. Pre-orders are open now and the component is expected to ship on January 18, 2016. Interestingly, despite the issues with the previous version, existing 5th gen customers are only offered a discounted Smart Extruder+ at $99, rather than a free replacement. The fact that new 5th Gen Customers are offered the same discount makes me wonder if the company will be unveiling new printers at CES tomorrow, with this news meant to assure future MakerBot owners that their new products will work adequately, this time around.

The consumer brand’s latest news is an interesting tidbit in a long and complicated history, one which I will explore in the coming weeks. Whether it is sufficient to regain the public’s trust is unknown, but I believe that they may still have a long way to go.