Specializing in 3D printed DIY projects for open source tech company Adafruit, Noe Ruiz is certainly fond of the legendary electronic music duo Daft Punk. Back in 2014, Ruiz put together a DIY project that allowed customers to 3D print their own full-sized, LED-equipped Daft Punk helmet. The perfect project for an experienced Maker with which to ring in the New Year, Ruiz and the Adafruit team have revamped the previously released helmet project to include Bluetooth-controlled LED lights, giving those who are fans of both Daft Punk and 3D printing one more reason to ‘come on and celebrate’. 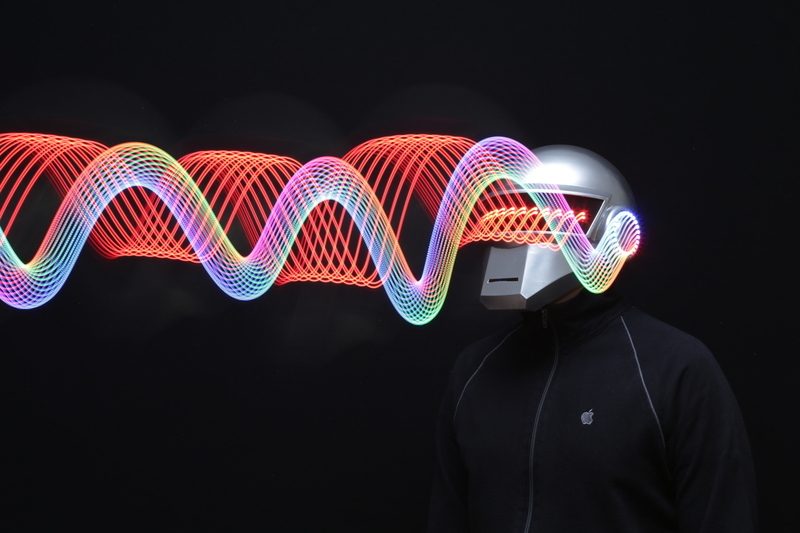 Basing the design off of Thomas Bangalter’s on-stage helmet, the goal for this project was to create a Daft Punk helmet that was lighter and provided visibility to the wearer, while also allowing for more of a proper ‘finish’ than the last design (which was based off of Guy-Manuel’s helmet). Not only did Adafruit succeed in making a more light-weight and wearable kit for the 3D printable helmet, they also implemented Bluetooth-controlled NeoPixel LEDs, which can be controlled via smartphone with the Adafruit Bluefruit LE Connect app.

Though it is quite a demanding and time-consuming project, the finished project looks like a worthwhile endeavor for experienced Makers. The smartphone app allows users to control a breathtaking laser-light show with the NeoPixel LEDs, creating a neon stream of colors fit for the movie set of Tron. The size of the helmet does exceed the build volume of most desktop 3D printers, but the Adafruit team does recommend printing the entire helmet in one piece. 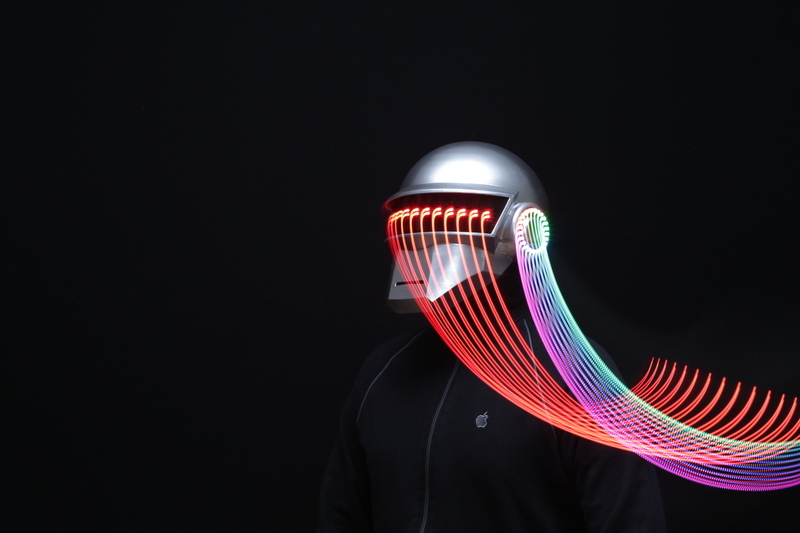 Outside of a sizable 3D printer, PLA or ABS filament, NinjaFlex filament, and a few other tools, Ruiz’s project demands around $130 in other components, which include the following (all of which are purchasable on Adafruit):

For those without access to a 3D printer qualified for this project, 3D Hubs is ready and able to 3D print these parts and have them shipped to you for completion. Although the final product of this DIY project could certainly be enjoyed and admired by anyone ‘Around the World’ (last Daft Punk pun, I promise), the Adafruit team did stress that this project was geared for more experienced 3D printing and electronics enthusiasts, claiming that it would indeed require a spacious workshop (and 3D printer), a fair amount of time, and a lot of ‘elbow grease’ during the finishing process (sanding down, equipping electronics, etc). The helmet itself is far from cheap or easy to put together, but who can really put a price tag on becoming the third, laser-shooting member of the most pioneering electronic music group of all time.