The relationship between gaming and 3D printing is a subject that I am most attentive to, probably because the synergy between these two, very similarly three dimensional, creative expressions has not, in my opinion, been sufficiently explored by any means. Minecraftprint, Toyze and Fabzat are only niche examples of a trend that I believe will become an avalanche, as soon as it reaches a critical mass of popular attention.

The creators of Gambody, a 3D model marketplace aiming to offer licensed gaming-related 3D models, along with a few “general use” 3D models, feel the same way. They believe many gamers just cannot wait to take their favorite video game characters out of the screen and into the physical world through 3D printing. They do not intend to sell ready-made models, like most other online 3D printing stores. Rather, they sell the 3D printable file, counting on a growing installed base of local 3D printers, such as  the 3D Hubs network, for example (a partnership here might be a good fit in my own opinion). This way, people buy the files and there is no shipping & handling involved, saving costs on both sides. 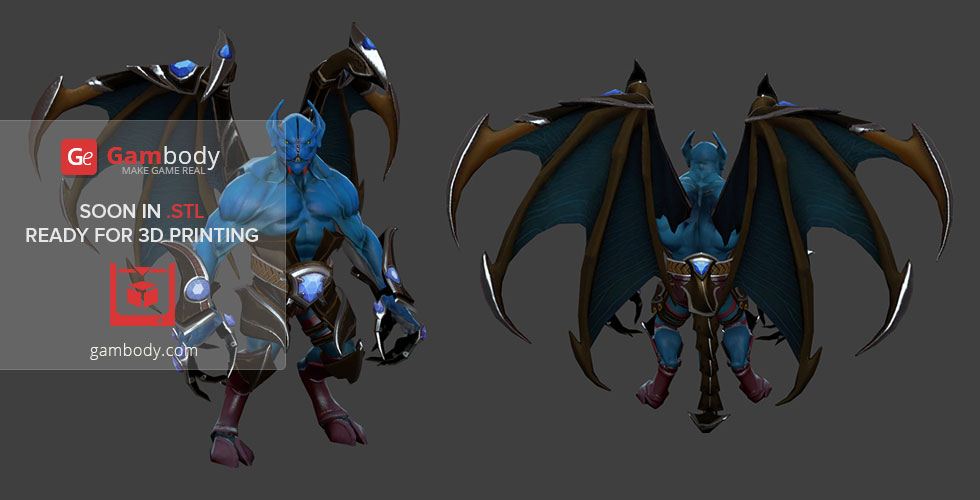 “Gambody is a marketplace for 3D printing layouts”, says Yuri Iefimov, the website’s Creative Director and Co-founder, who, like the rest of the Gambody team is betting that many gamers just cannot wait for the possibility of taking their favorite video game characters out of the screen and into the physical world with 3D printing.

“This project,” Iefimov continues, “is directed to all those people who can’t imagine their lives without gaming, all those who dream of taking part in the creation and personalization of their favorite game characters in a physical version.”

While it does offer a wider variety of purchasable 3D models, Gambody is definitely focusing on gaming for its future growth. The site is looking to many of the top multiplayer and action games (from GTA 5 to Mass Effect and Diablo III) around, although the first games with models that may realistically become available are DOTA and Assassin’s Creed, as the games’ publishers, Valve and Ubisoft, have been among those to show more interest in the possibilities of 3D printing. 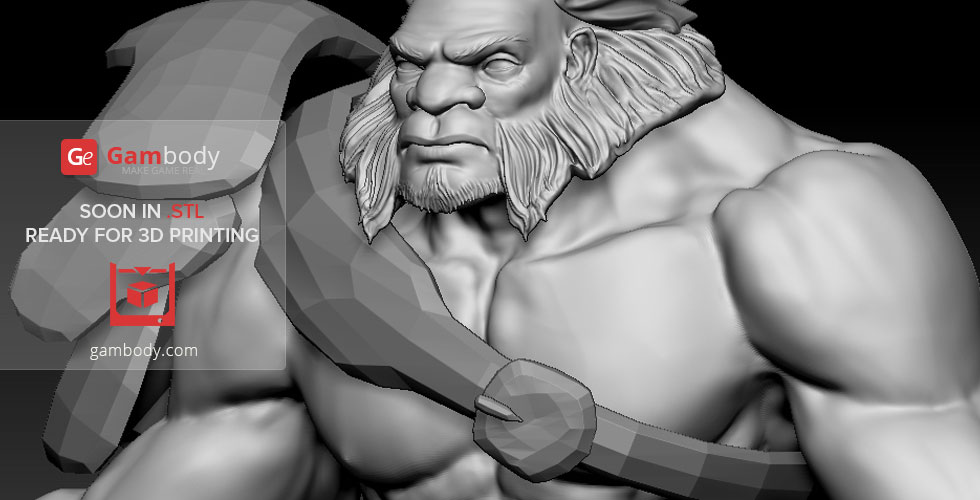 “Our first goal is to be able to license the most interesting and well-known video game characters,” says Mary Mikson, Gambody’s CCO and Content Manager, “we are currently in the process of negotiating the terms of such a partnership. Most companies have shown to appreciate our idea so the next step would be for them to provide the original 3D models as well.” 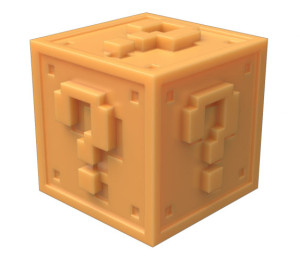 For a video game company, it might be useful to implement a licensed service, such as Gambody, before users begin to gravitate towards pirate copies of their gaming characters. Obtaining a 3D model from a PC game is far from impossible, while Gambody implemented the Intellectually Property Protection (IPP) solution to keep these files safe from any distribution violation.

The Gambody marketplace is going to offer licensed .stl files at prices around $30. Designers can make money by selling their 3D models and even open up their own 3D model shops. Gambody’s key feature – made possible by 3D printing – is to be able to offer three types of models: static statuettes or two types of buildable kits: joint models (with many moving parts, such as the Ronin we recently reported) and action models (that is action figures with fewer moving parts). 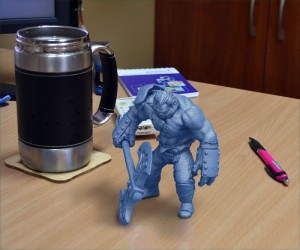 “What we offer is for any user to buy the model of a hero in a file, perhaps the hero he has just won a virtual battle with, and 3D print it out at home, whole or as a kit to assemble, just like Legos”, says Alexandr ‘s Ignatenko, CEO, CFO, and Co-Founder. “A user can choose the colors, while we provide recommendations for 3D printer settings and all of the possible customizations”.

AXE from DOTA2 is a good start. Hopefully this will be the first step towards leading to a more massive adoption of 3D printing by the likes of EA, Activision Blizzard, Sony and Microsoft. I, for one, am game.