3D printing has limits and among these, the ones mentioned most ofter are materials choice and the public’s familiarity with 3D modelling. Well, while it will be sometime until everyone will know how to 3D model their ideas, there already are many talented designers out there and 3D printing is giving them the opportunity to express their creativity and take it to new limits. 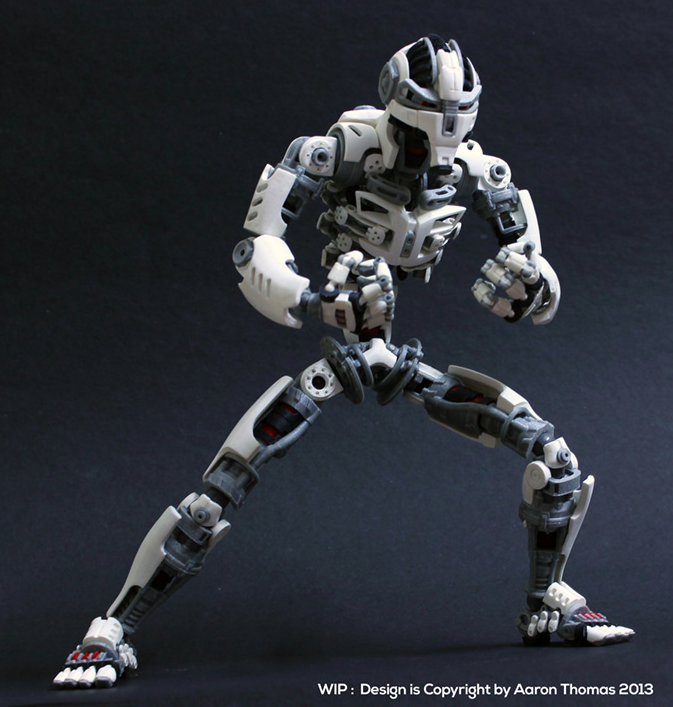 If you still have some doubts about that they will probably dissipate after checking out the Ronin Project by Aaron Thomas. Born in india in the 80’s and a graduate in Digital Media from the University of South Wales in Sydney, Australia, Aaron’s professional career took him to work on many important digital animation projects. His true passions, though, remain inextricably tied to 3D robots, sci.fi CGI and the Japanese Mecha Toys he grew up with.

So Thomas turned to 3D printing to make this passion into something real. He bought an Ultimaker. And he used it to produce a fully 3D printed, fully posable 10” tall action figure with more than 50 points of articulation and LED integrated electronics. I recently got a chance to see it up close during my visit to Ultimaker’s HQ. They have a prototype in their lobby and it is as incredible as it sounds. 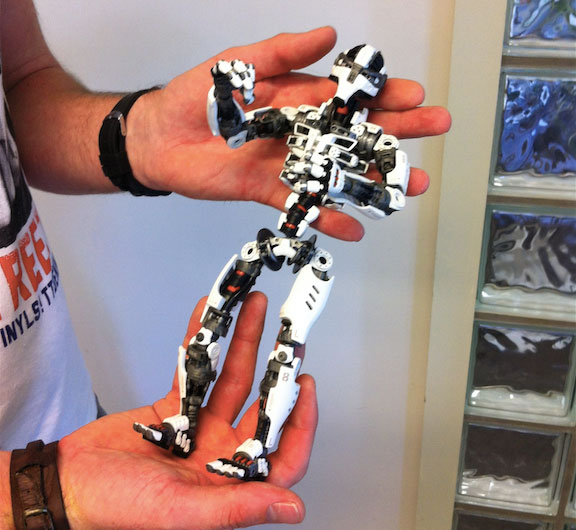 The Ronin represents the culmination of six months of part-time development by Thomas. It began as a challenge for himself and his Ultimaker but rapidly proved to be a perfect pipeline to convert his 3D creativity into actual physical models. The basic original projects thus developed into a sort of “ultimate action figure”. If collectors spend hours posing their favourite action figures, with this one they could spend months. 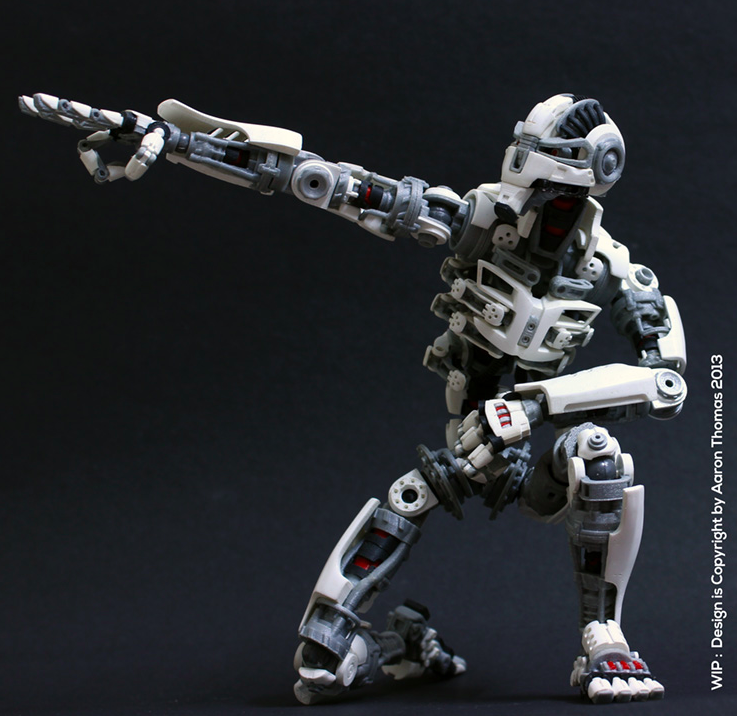 The complex geometry and high details resulted in a total of 400 independent parts, each printed separately (though often as multiple print jobs on the same plate, thanks to Ultimaker’s Cura software advanced capabilities), then finished and assembled by hand. The LED components, that let the eyes (and the spine) of the Ronin illuminate — like the Terminator’s — represent the ideal finishing touch.

Thomas has subsequently decided that the Ronin should go into production and be made available to a wider audience of action figure enthusiasts. Times are not ripe for that to happen locally through 3D printing, so mass production will have to happen the old fashioned, injection moulded way, though it remains to be seen what the costs will be to produce such an intricate and complex character. There will likely be a crowd-funding campaign to make that happen but the fact remains that there might be more Aaron Thomas’s out there just waiting to give full physical form to their amazing 3D modelled ideas.