1. The ESA’s 3D printed lunar base 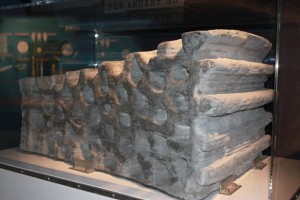 Of all the things that 3D printing — as it develops — will allow us as humanity to achieve is the construction of extra terrestrial habitats. It starts with space stations and it will start from the moon. Sci-fi fans like myself can already picture 3D printed StarTrek-style extra-terrestrial cities so I was particularly pleased to hear about the ESA commissioning a project for a 3D printed Lunar base with Foster & Partners, one of the world’s top architectural studios and the same studio that designed Apple’s new “UFO-ish” headquarters in Cupertino. 3D printing is the only concrete way to build a Lunar base as it is not possible to picture a group of Astronauts getting down and dirty with cement. Lunar soil has already been tested and can be used for 3D printing. The machine used in the study is D-Shape’s, the largest cement 3D printer. The future extraterrestrial homes will probably look a lot like those rounded bubbles we have seen in sci-fi movies, as with 3D printing it is actually easier to create rounded walls rather than squared ones. 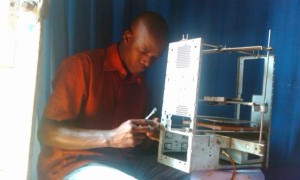 What I like most about 3D printing is the way it can potentially alter all manufacturing and global production dynamics, in my opinion only for the better. What 3D printing can do is completely localize production of complex parts. Even though the high-end industrial machines are very expensive and complex, basic rep-rap style machines can and will continue to evolve and allow anyone to create any object inexpensively. The W.Afate project is one of the clearest representations of this phenomenon: it is a project by Togo resident Kodjo Afate to build an FDM Rep Rap 3D printer using scraps from the gigantic dumps of Western and Asian electronic waste. All he needed was chips and motors from old scanners and inkjet printers, computer cases and an Arduino (his only actual expense). 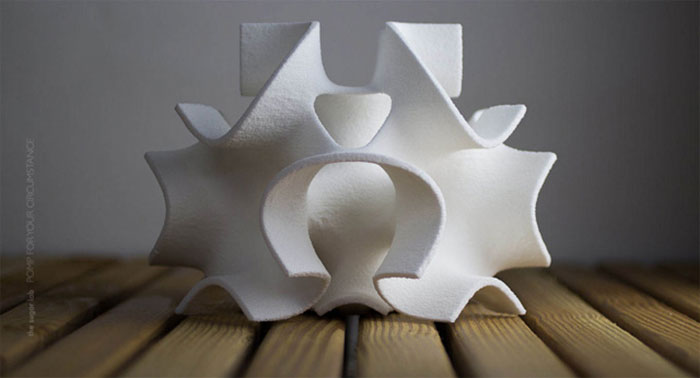 I’m not a big fan of sweets. And I didn’t particularly like the 3D printed pizza project or 3D printed food in general. I’m from Italy and around these parts, food is sacred. You can’t just 3D print it, you have to cook it and it HAS to take hours. Yet I really like the creations that were made possible by 3D printing sugar using The Sugar Lab’s technology. I think the results look amazing and that there is obviously a huge potential for using 3D printing for sweets and amazing looking decorations for cakes or anything to sooth a sweet-tooth. Apparently so did 3D Systems, since the giant swallowed up the Sugar Lab in one gulp (what I mean is they bought them). However I hope that this capital injection will help Kyle and Liz, founders of the Sugar Lab, to take the experiments further and become more creative. 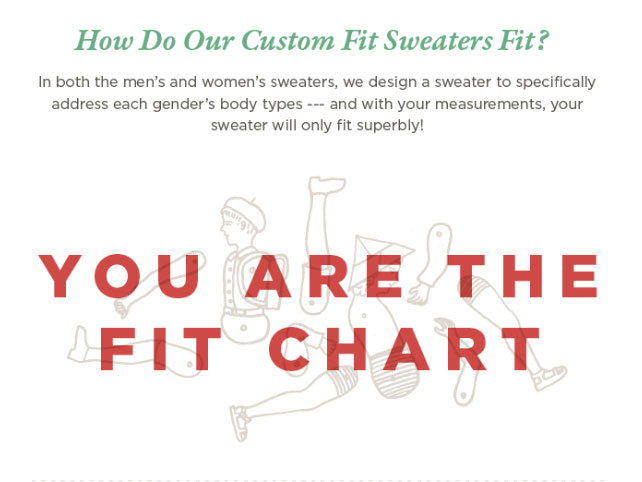 How will clothes be 3D printed? Sure, there will be new natural plastic based materials that will become softer and more wearable but will they ever beat wool and cotton? Probably not. So how can we 3D print with wool and cotton? Appalatch might have the solution. They launched a project on Kickstarter and got it funded (55.000 of 50.000 goal). The idea is to apply the computer controlled manufacturing technologies of 3D printing to a computerized knitting machine. That means that the fibres are woven exactly into the shape they need to have to be sown into a customized fitted sweater or shirt. In their concept the fabric 3D printers will be present locally where the cotton or the wool is produced. No transportation, no waste of tissues, perfectly fitting clothes, all through technology. I love it. 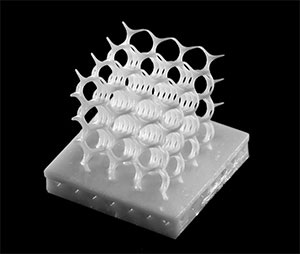 Lithoz’s technology really impressed me at the last Euromold. I had never seen the precision it is capable of reaching 3D printing ceramics with its CeraFab 7500. It uses a Lithography-based Ceramic Manufactuing (LCM) process, meaning the ceramic powder is inserted into a 3D printed resin container to give it its shape and then moved to a kiln to finish the sinterization process. Even my aunt, who is a traditional ceramics artist, loves that 3D printing can be used to create otherwise impossibile ceramic forms (even though she will always continue to do it by hand), and Lithoz’s are just about as impossible as you can get.