Adidas has given a bonus to every one of its sponsored athletes that have won a medal at the 2016 Rio Olympics. As well as the adulation of the crowd and the money that tends to follow success, they’ll also get a 3D printed pair of trainers.

The German manufacturer has worked on 3D printed shoes for some time now and shared its Futurecraft 3D concept with the world last year. That was a running shoe that incorporated 3D printed materials, but it was a halfway house.

This ‘3D-printed Winners Shoe’ goes one step further with a 3D printed midsole that doesn’t just give it a USP. It also meant that Adidas could avoid a certain amount of stitching and glueing in the shoe, which all adds weight and detracts from the natural balance.

Any color, as long as it is black

The shoe comes in any color they want, as long as it is black, and it has a Primeknit upper that is lightweight and breathable. The midsole and heel counter are 3D printed and this is clearly the precursor to a commercial model. 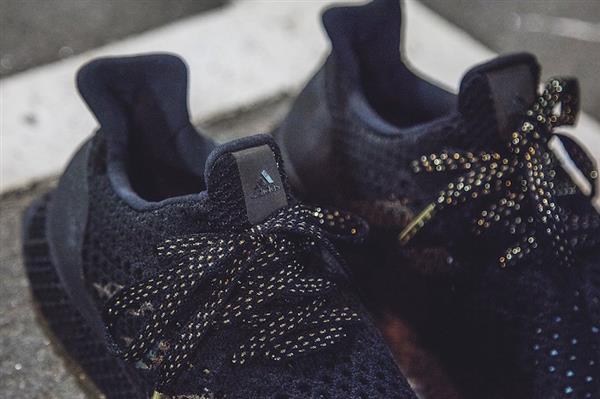 Gold medal winners will get a set of gold laces and the runners up will get silver or bronze laces that go with their medal to create a co-ordinated look. While the shoes are fully functional, the athletes might well opt to keep them safe as a memento of their incredible achievement in Rio.

The idea behind the Futurecraft is for a structured midsole that effectively creates a breathable and cushioned copy of the athlete’s own foot. That will mean that the next generation of trainers will be matched perfectly to the pressure points and contours of your foot.

A lot of medal winners for Adidas

Adidas sponsors the British and German teams, as well as a number of individual athletes. That means a lot of athletes are in line for 3D printed shoes, then, but Adidas will be happy to send them out.

The German company is riding high in the sales charts at the moment and its shares are at an all-time high thanks largely to the high-tech Primeknit trainers and its retro Adidas Originals line.

3D printed soles open up a world of opportunities and now the material science really starts to work on the structure and composition of the materials in the sole. So far we’ve seen a variety of different lattice structures that suggest the trainers of the future could have a lightweight and futuristic look to them.

Under Armour beat Adidas to the punch

Under Armour recently sold out a limited run of its UA Architech shoes with a 3D printed sole, despite pricing the trainers at $300 a pair.

The greatest ever Olympian, Michael Phelps, wore a pair of special red, white and blue Architech’s in the opening ceremony and those shoes have now been featured around the world.

Adidas did give away a pair of 3D printed trainers produced from recycled ocean waste after launching the competition in June. It is still playing catch-up when it comes to a commercial release for its own high-end trainers. With a laser-sintered midsole that Adidas developed in partnership with Materialise, the Futurecraft 3D concept promised a new dawn in trainer technology.

Sports shops of the future, what will happen?

The German company wants to take the lead with bespoke trainers, which means that 3D scanning, as well as 3D printing, will have to be a part of the process. This goes beyond a new production method, the plan is to tailor your shoes and take a technical leap forward.

We’re all waiting to see what the manufacturers come up with next. We could soon face a bewildering number of options of soles and styles to suit a specific purpose. The sports shop of the future may be simply a showroom where our feet are scanned and measurements taken before our bespoke shoes are printed and delivered to our door.