iMakr has set a date for the opening of its flag ship London store which is also set to be the world’s largest 3D Printing retail outlet.

The ribbon cutting and launch event will take place on the evening of the 30th April to reveal 2 floors of  3D Printers; 3D Scanners; 3D Printed Objects; 3D Printing Filaments and Accessories; 3D Software and more.

We are registered – are you?

iMakr issued a press release today that has, seemingly, been sent to and used by a number of news channels that cover 3D printing, even the ones that don’t condone ‘churning’ out press releases. But as with the majority of press releases sent out in this space, it brings valid information that will likely be of interest to many. 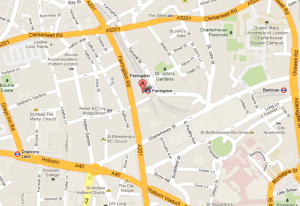 iMakr is well on trend with its announcement that it will be opening a large — 2500 square-foot — physical retail 3D printing store in central London in April 2013. iMakr is not claiming to be the first, following as it is in the footsteps of Makerbot and 3DEA in New York, Prototshop in France, 3DSVP in the Netherlands and 3D Model.ch GmbH in Switzerland to name a few. But it is claiming to be the biggest to date and its 3D printing wares will be spread over two floors in Farringdon, at the heart of the designer district of London and near to Silicon Roundabout.

The new iMakr store will stock a large range of personal 3D Printers from major American, European and Asian manufacturers but there is no clear visibility as yet on which ones exactly — however as the name of the store suggests, it is not just about 3D printing. iMakr will also stock other maker technologies such as 3D Scanners, as well as ancillaries and accessories. There will also be finished 3D printed products available for purchase. The iMakrstore is also planning to host regular events, demonstrations and workshops for those curious about this revolutionary technology.

Sylvain Preumont, founder and CEO of iMakr, commented on this retail development and the motivation behind it: “3D printing is all about physical machines making physical things. People need a physical store to see, touch, feel and engage with the technology. That’s what the iMakr store is all about.”

It is hard to argue against this in theory and it will be very interesting to see the dynamics of the shop once it is up and running following the grand opening in April.

The iMakr website is not up and running yet, but it is allowing people to register their interest in attending the store opening. Hit the source link if that includes you.