In order to bring down the cost of metal 3D printing, researchers and industrial R&D divisions are working on new approaches to the technology that forgo lasers and electron beams for other methods altogether.  While XJet, in Israel, will be introducing its metal inkjetting to the world, hopefully, sometime soon, Northwester University scientists have their own metal inks that they say they can 3D print similarly to fused filament fabrication. We’ve actually covered the work of Ramille Shah, assistant professor of materials science and engineering in the McCormick School of Engineering and of surgery in the Feinberg School of Medicine, in the past, but, in a recent study published in the journal Advanced Functional Materials, Shah and her team describe the process in even greater depth.

Rather than use powderbed, laser sintering or direct energy deposition, the team blended together metal powders, solvents, and an elastomer binder to be extruded through a nozzle. After extrusion, the parts are sintered in a furnace, leaving a metal object. The process allows for the use of metal alloys and compounds and results in more uniform parts, printed more quickly, and at a lower price than other metal printing methods. 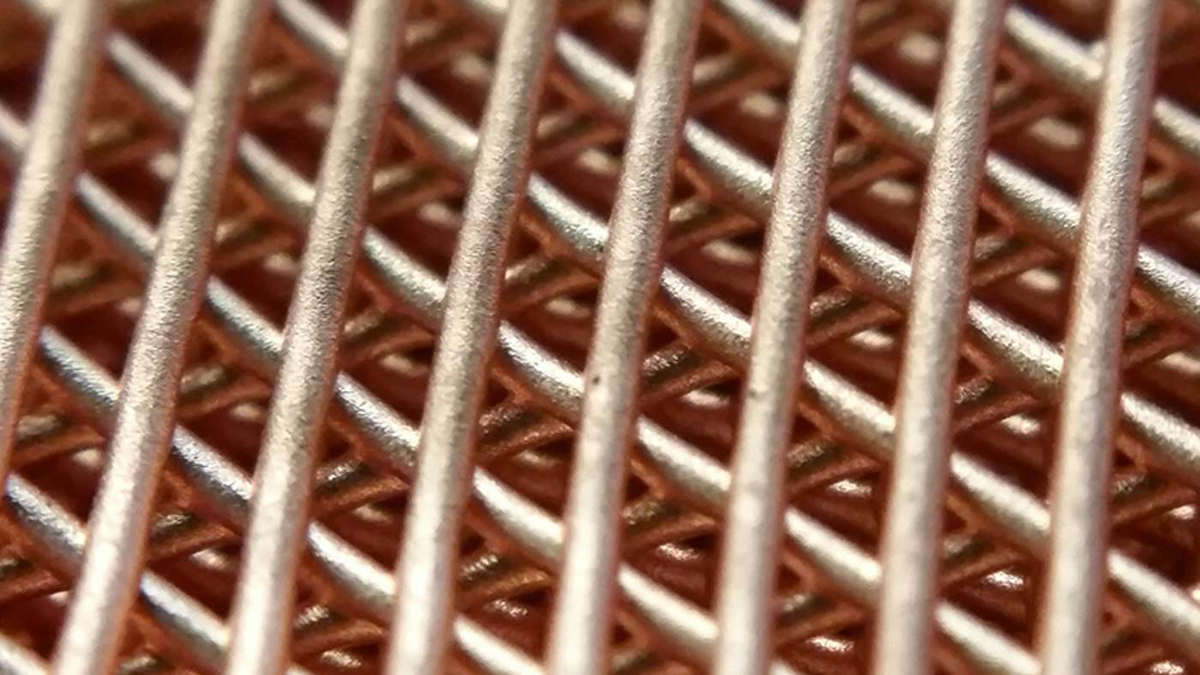 Prof. Shah commented on the technology by saying, “Our method greatly expands the architectures and metals we’re able to print, which really opens the door for a lot of different applications.”  Fellow professor David Dunand, adds, “By uncoupling the printing and the sintering, it appears that we have complicated the process. But, in fact, it has liberated us as each step is much easier separately than the combined approach.”

Additionally, the “green bodies” of the printed objects, a term used to describe the objects pre-sintering, are flexible, enabling post-printing manipulation. Shah elaborates, “They’re foldable, bendable, and can be hundreds of layers thick without crumbling. It allows us to create a lot of different architectures that haven’t really been seen in metal 3D printing.”

And, because the process does not rely on the strict environmental settings required by DMLS or EBM, they were able to print with safer, more stable metal oxides, like rust, which can be returned to their pure metal states with the application of hydrogen before sintering is performed. This is exciting from an environmental and cost perspective, as old, metal parts can be recycled into 3D printed, iron parts. Dunand explains, “It might seem like we are needlessly complicating things by adding a third reduction step where we turn rust into iron. But this opens up possibilities for using very cheap oxide powders rather than corresponding expensive metal powders. It’s hard to find something cheaper than rust.”

The researchers say that they could use the technology to, not only create custom metal parts, but batteries, fuel cells, medical implants, and more.  All of this could also potentially be performed on location at job sites, which would not necessarily be viable for the large, costly machines relying on other technologies.

The sintering process executed by the Northwestern team is not entirely new, with companies like ExOne relying on the same technique to process their powderbed, 3D printed parts.  In fact, there are those even trying to extrude 3D printed metals as filaments and pastes, before burning out the binder to create dense parts.  For instance, after a successful Indiegogo campaign, the Mini Metal Maker 3D prints metal infused clay. All of this points towards a time when metal 3D printing will not be as costly as it once was and, with Shah’s talented team, the future of the technology is looking as shiny as a brand, new penny. For more information on the technology, you can read an interview with Shah at Northwestern’s McCormick News.