At Inside 3D Printing Santa Clara, I put a big emphasis on the VR Summit because I could sense that mixed reality would be the larger ecosystem to swallow up 3D printing in 2016 and onward.  In my coverage, though, I wanted to draw attention to Cave Automatic Virtual Environment (CAVE) systems, because CAVEs already have a big presence in industry, but mainstream consumers may be less aware of their existence.

While CAVEs, which can immerse entire rooms with projectors or LED screens, are capable of allowing users to interact with one another in a more relaxed and natural environment, their size can be cost prohibitive.  In turn, I was told by a couple of CAVE pioneers that single 3D TVs or even inflatable domes might achieve the same effects as huge, industrial CAVEs.  But, at this year’s CES, Dassault Systèmes demonstrated that the coming wave of virtual reality headsets might serve the same purposes, using an HTC Vive to combine the benefits of large-scale CAVE systems and head-mounted displays at a low cost. 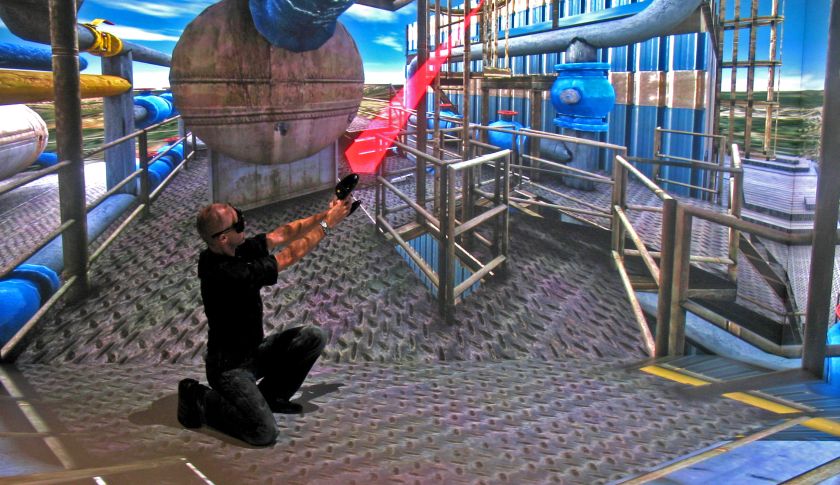 David Nahon, director of the immersive virtuality lab at Dassault Systèmes, has been working on the company’s “Never Blind in VR” project for two years, with the goal of allowing multiple users to interact in VR.  To do so, the team used the Microsoft Kinect depth sensor to capture the physical world and feed it into the virtual world of being experienced by HTC Vive wearers.  And, because the Vive doesn’t lock users into a seated experience like the Oculus Rift, users are able to walk around in a space. Additionally, the Vive improves on the Rift with front-facing cameras that register a users environment.

With such a setup as that proposed by Nahon, immersive CAVE-style systems wouldn’t be limited to big research institutions, like the University of Illinois in Chicago, and giant corporations, like Ford.  The proposed sub-$500 price tag of the Vive makes it even more affordable than the 3D TVs suggested to me by the CAVE experts at the VR Summit. In turn, a much greater number of businesses and organizations would be able to use VR simulation for a number of applications, particularly when paired with VR treadmills like the Virtuix Omni treadmill. Nahon tells Fortune, “Virtual reality is very important for training because companies like the oil industry have complex operations that they need to train employees about before going into the field.”

Another example of such a training scenario is the “Staying Alive” VR simulation, which is meant to train people to perform CPR on someone experiencing a heart attack. This program seems as though it could be part of a complete mixed reality package from Dassualte Systèmes, as their Senior Director of SIMULIA Strategic Initiatives, Virtual Human Modeling, and Market Strategy, Steven Levine, has pioneered the Living Heart Project, which allows doctors to explore MRI and CT scans as high-fidelity multiphysics 3D models using haptic devices and 3D displays. Dassault has already signed a five-year research agreement with the FDA to understand how it might work for placing and evaluating cardiovascular devices, like pacemakers.

Readers of 3DPI can already envision how this would connect with 3D printing, as the heart models could probably be 3D printed (perhaps through Materialise’s HeartPrint services?) to rehearse surgeries before they’re performed. Taking this one step further, I imagine that, when the surgery is performed, they’ll be recorded in VR to be watched by med students with VR headsets. They might even practice the procedures themselves using haptic devices. 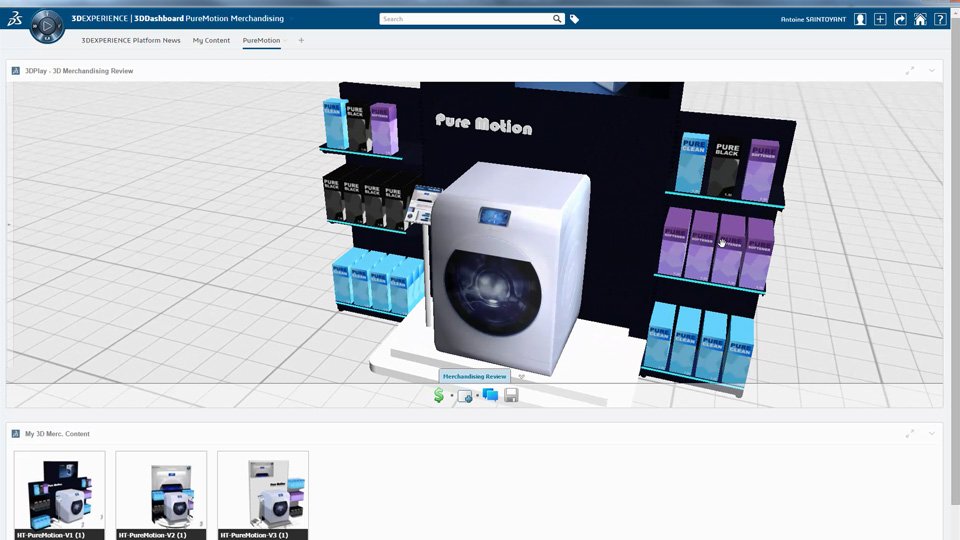 Other applications for VR, which Dassault Systèmes has been working with for the past 20 years, include home decor and interior design, which the company illustrated with the 3DVIA HomeByMe interior design app at CES.  Developed with Chinese retailer BDHome, the app allowed users to put on a Vive and begin toying with remodeling and redecorating projects in the space, something that could be translated into actual homes. Such a use is something that Occipital has proposed with their Structure Sensor and Structure Core 3D devices and Google has envisioned with the Project Tango smartphone.

Then, of course, there’s funky 3D VR art that will naturally result from the emerging mixed reality devices to be released this year. For that, Dassault Systèmes demoed 3D Dream Sketcher, with which users wear a Vive and create virtual art to share online. Not as exciting as heart surgery, but something that will be essential for consumers.  All that’s missing from this component is the ability to share them through a platform like Sketchfab and 3D print them via 3D Hubs or Shapeways.

This is only the beginning for the mixed reality space in 2016. These various spaces will all be united by multiple companies in the near future and, it seems, Dassault Systèmes is pretty ready to handle just about everything.