4 3D Printing Products from the Future at CES 2015

As is the case with CES every year, CES 2015 put the future of technology on full display.  While other media sites may focus on new smartphones, cameras, and self-driving cars, this is a 3D printing site.  So, the future we are concerned with here is the future that 3D printing will bring us.  Here is a list of the top four future technologies (related to 3D printing) that debuted at CES, and the messages they carry from the future… as taken from sci-fi novels and films.

Yo, bro. Want to come hang out at the ChillHub? Naw, not the bar.  My new refrigerator!

The ChillHub is the first “smart fridge” developed by the GE-backed FirstBuild community.  The fridge is a wi-fi connected appliance, outfitted with accessories that make storing and eating food more efficient, by way of The Internet of Things.  The fridge itself was developed with extensive rapid prototyping (aka “3D printing”), but, also, its first big accessory can be downloaded from Thingiverse and built at home.  The MilkyWeigh is a device that sits beneath the milk in your fridge and measures it, sending the amount of milk left in your carton, jug, or bottle to a smartphone app.  That way, when you’re at the store, you’ll know whether or not to buy milk.

Message from the future: “We wanted to give you a shave like no other you ever had. We said, It’s about time a man’s face got a little loving. We said, With Ubik’s self-winding Swiss chromium never-ending blade, the days of scrape-scrape are over. So try Ubik. And be loved. Warning: use only as directed. And with caution.” – Philip K. Dick in Ubik (1969).

At CES this year, XYZprinting showed off their food printer, announced last November.  This first machine, one of two to ultimately be released, can 3D print with three different food pastes simultaneously, resulting in sweet or savory shapes that can then be cooked and eaten.

To be available in the first quarter of this year, it’s a sleek demonstration of what may ultimately be possible with food printing. Capsules pre-filled with ingredients could also contain personalized amount of vitamins and minerals, tailored to the needs of a given eater.  Once a cooking element is incorporated into such a device and the ingredients are broken down further into their constituent components, food printing could supplant the microwave as the primary means for quick cooking.

Putting the icing on the cake of last year’s ChefJet and ChefJet Pro 3D printers, 3D Systems announced at CES 2015, the CocoJet 3D printer, developed in partnership with The Hershey Company.  The ChefJet may have been delayed until the second half of 2015, but this hasn’t stopped the company from establishing itself as a leader in food printing technology.

The reason that the CocoJet is ranked just slightly above XYZprinting is due to 3D Systems’ grander food printing strategy.  They may not be releasing a savory food printer quite yet, but their partnerships with Hershey’s and the Culinary Institute of America gives them a bit of clout.  The company’s digital kitchen in Los Angeles will introduce foodies to their futuristic technology, while the CIA introduces the food printers to its prestigious chefs, and Hershey’s introduces 3D printed chocolate to the world.

Message from the future: “The prestressed metal lid popped off along its strain lines, exactly as usual. But the can did not contain beer; to Bowman’s surprised disappointment, it held more of the blue food. In a few seconds he had opened half a dozen of the other packages and cans. Whatever their labels, their contents were the same; it seemed that his diet was going to be a little monotonous, and that he would have nothing but water to drink. He filled a glass from the kitchen faucet and sipped at it cautiously.” – Arthur C. Clarke in 2001: A Space Odyssey (1968)

Leading up to CES, I had an opportunity to speak with Voxel8’s Business Development Lead, Daniel Oliver, about the upcoming release of their electronics printer.  In the proceeding month, I could barely contain my excitement about the technology. The Voxel8 Developer’s Kit can print conductive silver ink into thermoplastic objects so that things like circuitboards, LED lights, and motors can be embedded into objects as they are being printed.  Once Makers and engineers get their hands on the ~$9k machine, we’ll see a whole new manufacturing paradigm begin to take shape, where these prosumers can construct electronic devices directly on their desktops. 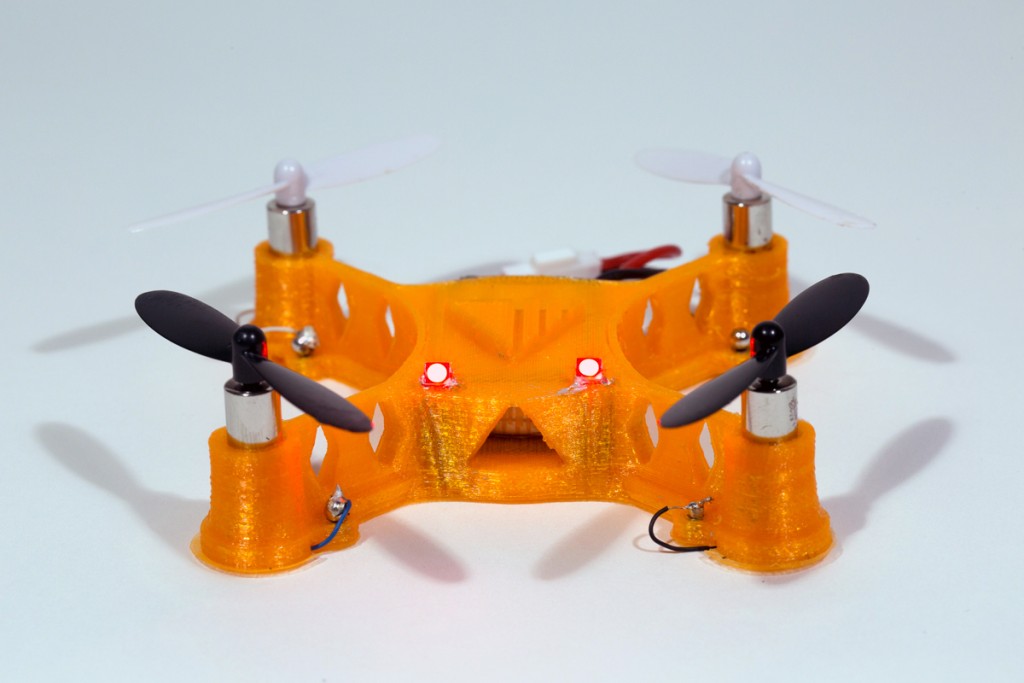 As the technology improves – and the materials masters behind Voxel8 release new printing materials – this machine will be capable of building ever more complex objects, from hearing aids to wearable devices.  When Voxel8 really is consumer-ready, or when consumers are ready for Voxel8, we could all be printing our own electronic goods at home.

Message from the future: “He thought, too, about his need for a real animal; within him an actual hatred once more manifested itself toward his electric sheep, which he had to tend, had to care about, as if it lived. The tyranny of an object, he thought. It doesn’t know I exist.” – Philip K. Dick in Do Androids Dream of Electric Sheep? (1968)

As is the case with every CES, however, don’t let CES 2015 dictate the future for you.  The giant consumer electronics show presents just one representation of progress, ignoring the social progress necessary for genuine human happiness.  With that, I’ll close with a passage from David Noble’s The Forces of Production (1984).

Message from the present: “Our culture objectifies technology and sets it apart and above human affairs. Here technology has come to be viewed as an autonomous process, having a life of its own which proceeds automatically, and almost naturally, along a singular path. Supposedly self-defining and independent of social power and purpose, technology appears to be an external force impinging upon society, as it were, from outside, determining events to which people must forever adjust…

“For when technological development is seen as politics, as it should be, then the very notion of progress becomes ambiguous: what kind of progress? progress for whom? progress for what? And the awareness of this ambiguity, this indeterminacy, reduces the powerful hold that technology has had upon our consciousness and imagination, and it reduces also the hold upon our lives enjoyed by those whose social power has long been concealed and dignified by seemingly technological agendas. Such awareness awakens us not only to the full range of technical possibilities and political potential but also to a broader and older notion of progress, in which a struggle for human fulfillment and social equality replaces a simple faith in technological deliverance, and in which people, with their confidence restored, resume their proper role as subject of the story called history.”