The home appliance and Maker community FirstBuild is announcing the release of the ChillHub, their first community-generated consumer product. The ChillHub looks like a standard refrigerator on the outside, but, on the inside, it’s a customizable appliance with two integrated USB hubs where you can plug in and gain control of new fridge components. The ChillHub is also part of the Internet of Things with its built-in WiFi connectivity that lets owners access their fridge with a companion, open-source, iOS app. 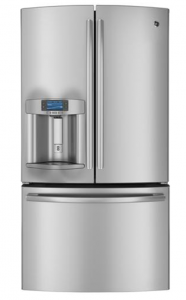 In addition to being a state of the art smart appliance, ChillHub is also an open development platform that allows the community to develop new hardware products that take advantage of the core refrigerator’s technology. ChillHub was developed by FirstBuild members Brian Wagner and Nicolas Grenie, who relied heavily on 3D printed rapid prototyping to develop it. They were also aided heavily by the FirstBuild community, which collaborated and crowdsourced features, add-on products, and new technology for the platform. Here is a video explaining the features of the ChillHub and how it was developed:

Directed by GE’s Director of Advanced Technologies for GE Appliances, Natarajan “Venkat” Venkatakrishnan, FirstBuild is a GE-backed initiative developed through partnerships with Stratasys’ Makerbot, the University of Louisville, and Local Motors.  The community is both an online and an offline community of product designers, engineers, Makers, and home improvement enthusiasts who collaborate on one another’s projects to help develop the next generation of home appliances. While the community includes members from all over the world, their physical makerspace, the FirstBuild Microfactory, is located in Louisville, Kentucky.

“When the FirstBuild community started, in May 2014, community members were submitting ideas for new applications for home appliances. It quickly became apparent that there was a lot of interest in new refrigerator features that require power, internet connectivity and the ability to communicate by sending commands and receiving information,” explained FirstBuild Software Community Manager Myles Caley. “ChillHub is the answer to these requests, designed by the community, for the community.” 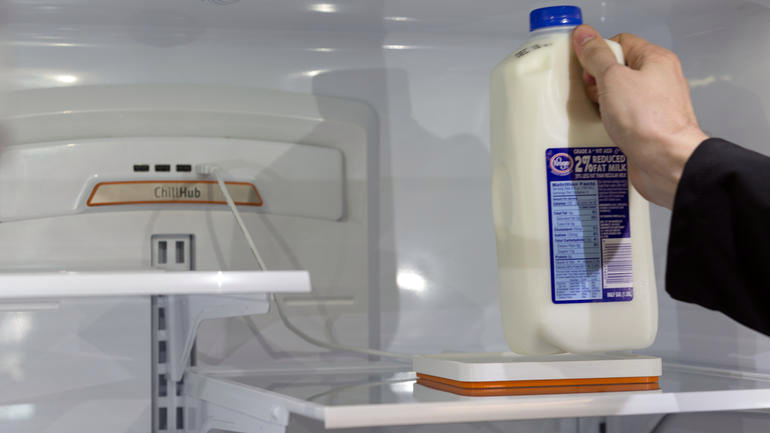 ChillHub’s first completed accessory is the MilkyWeigh milk jug-monitoring device. The MilkyWeigh is a USB powered device that fits on the top shelf of the ChillHub and has room for a single jug of milk. The device monitors how much liquid is remaining in the jug, and makes that information available to you through the smartphone app.  Conceived by FirstBuild community member Nolan McQueen, the MilkyWeigh is currently available for sale on FirstBuild.com, for the ChillHub or any model of refrigerator. McQueen has also made the 3D printable components available for download on Thingiverse, so makers can build their own. 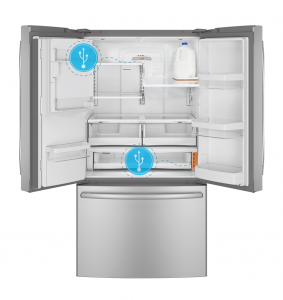 One of ChillHub’s lead developers, Brian Wagner, explained. “In a sense, FirstBuild is building the infrastructure for building a smart home. ChillHub itself is the infrastructure to be able to connect devices inside your refrigerator to be visualized on your smartphone and the Internet. It’s a platform of possibility,”

The ChillHub Smart Refrigerator is a 27.7 cubic foot French door style refrigerator that has both integrated ice and water features. It is currently available directly from FirstBuild for $2,999 and is available in slate, black, white and stainless steel. The MilkyWeigh is also available for sale in two styles, the ChillHub version for $49 and the generic version for $69.