Last year, 3D Systems knocked the world’s socks off with the ChefJet and ChefJet Pro sugar 3D printers.  The 3D printing company was quickly approached by none other than The Hershey Company, at which point, news fell silent – until about a month ago, when the two unveiled their 3-D Chocolate Candy Printing exhibit at Hershey’s Chocolate World Attraction.  The delectable looking chocolate printer showcased in their promo video has now hit the floors of CES.  Dubbed the CocoJet, this chocolate printer can create elaborate shapes in dark, milk, or white chocolate. 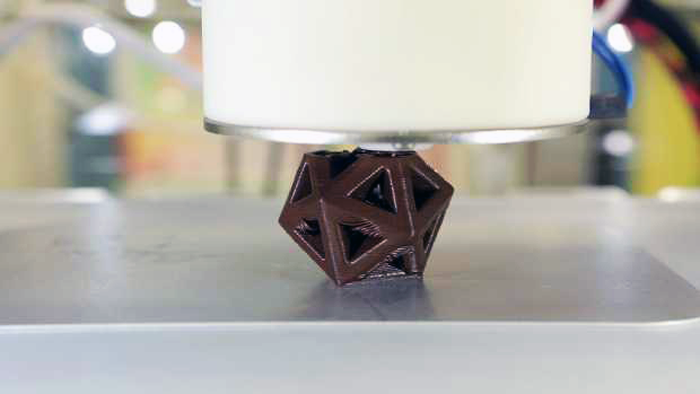 Chief Technology Officer and Co-Founder of 3DS, Chuck Hull, says of the new release, “Our partnership with Hershey, the largest producer of quality chocolate in North America and a global leader in chocolate and confections, allows us to create unique, exciting and personalized edible experiences. Our preview of CocoJet at CES showcases the power and possibilities of 3D printing, and extends our experience and innovation in culinary 3D printing.”

Will Papa, Chief Research and Development Officer of The Hershey Company, adds, “We are now using 3D technology to bring Hershey goodness to consumers in unanticipated and exciting ways. 3D printing gives consumers nearly endless possibilities for personalizing their chocolate, and we look forward to continued development of this amazing technology.” 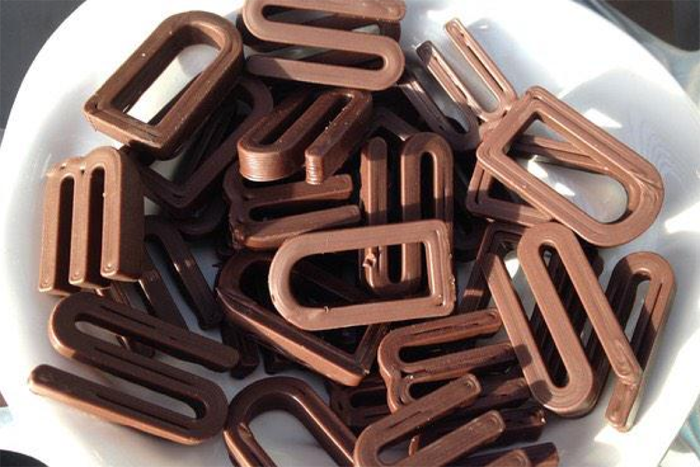 The CocoJet is currently on display at CES, alongside their ChefJet series, which is expected to go on sale in the second half of this year. Alongside their food printers, the company has also displayed a 3D printed beetle cake from the Culinary Institute of America. Made in part with the CeraFab ceramics printer and the ChefJet sugar printer, the beetle cake below showcases the future of food made possible with the company’s recent CIA partnership.

The CocoJet may not be the first chocolate printer, but it is a necessary machine for the company to stake its claim in the food printing space, as XYZprinting plans to release its own food printers in the near future.  With this breaking news, I wouldn’t be surprised if, later today or tomorrow, 3DS also announced the purchase of Natural Machines to ensure the release of a savory food printer, too.  Whatever they bring out, food-wise, the company’s food printers will be showcased at their new hybrid digital kitchen in Los Angeles in the spring.

To see the chocolate printer in process at Hershey’s exhibit in Pennsylvania, watch their promo video below: