The United States government has increasingly become 3D printing crazy. I don’t mean to give you lists before giving you the official news, but I will! First: America Makes, formerly NAMII, was established in the Northeast two years ago to form a consortium of additive manufacturing institutions. The White House then went on to establish a second similar consortium in the Midwest called The Digital Lab. 1600 Pennsylvania Ave. has also announced its own Maker Faire to be held later this year and Rep. Tim Ryan launched a Makers Caucus on Capitol Hill. Most recently, the National Institute of Standards and Technology (NIST) is giving away half a million dollars to form a Consortium for Additive Manufacturing Materials (CAMM). 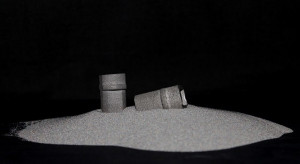 Lead by Pennsylvania State University, CAMM will use its $500,000 over the course of the next two years to develop new materials for 3D printing, specifically focusing on metals, polymers, and ceramics for the aerospace, biomedical, energy and electronics industries. As we’ve seen with public-private organizations like America Makes, members of industry, universities and 3D printing users will get together to develop a roadmap for the direction that materials development should take, implement research towards that end and come out with some awesome new materials optimized for 3D printing.

This new initiative is part of a larger advanced manufacturing effort on the part of the NIST, titled the Advanced Manufacturing Technology Consortia (AMTech) Program. The government body has awarded 19 grants totaling $9 million to new or existing consortia to improve US manufacturing across a range of industries. The consortia will be directed by different universities and non-profits and cover a number of technologies, including flexible electronics and biomanufacturing.

Like all public-private partnerships, it’s difficult to determine who is taking the risk and who is reaping the rewards in these projects. While taxpayers are funding all of these grants, without a direct say in which projects are funded, there’s no clear indication of how publicly available the fruits of the various consortia will be. Hopefully, if the public is bearing the risks, they will have access to what these consortia produce. Optimism is free, after all.