3D printing has the potential to change the face of humanitarian aid and help millions of people around the world that are affected by disaster or war, according to Deloitte University.
Essentially a thought leadership program from Deloitte Consulting, the University commissioned a paper to focus on the potential impact of 3D printing on NGOs and humanitarian aid efforts.

The amount spent on aid is increasing, in 2014 $24.5 billion was spent on humanitarian aid around the world, which is a 19% year-on-year increase on 2013. In 2016, 89.3 million people are expected to receive some form of assistance.
But the very nature of human suffering means it can occur in isolated, remote corners of the world. That makes getting food, shelter and basic supplies to the affected people can become a labor-intensive and expensive business.
The actual supply chain costs 60-80% of the money spent and due to the infrastructure problems, the ‘last mile effect’ can cause real problems. An on-site 3D printer could cut the demand for separate deliveries, which would have a huge impact on the overall cost.

Antonio Guterres, former UN High Commissioner for Refugees António Guterres, says: “The exponential increase in needs we have seen just in the last three years, the humanitarian financing system is nearly bankrupt.”
So streamlining the process means we can get help to more people that need it, faster. 3D printing could play a critical part in the process. We already know that 3D scanners and printers can help produce prosthetic limbs for a low cost, but this is a new way of looking at additive manufacturing.

We know the appeal

The appeal for charities working in the field is largely the same as it is for manufacturers. With a 3D printer at their disposal, charities can make limited numbers of mission critical items on demand. Economies of scale cease to be a factor and additive manufacturing offers a near infinite number of possibilities without additional tooling.
That means it can be an invaluable asset in getting aid to the site. The ability to produce small batches of parts means that the agencies can make decisions about how to deliver essential supplies according to the particular situation. They might opt for a plane drop, which would require a number of different attachments for parachutes.
Alternatively, especially with light loads containing medical supplies, a drone might be the most effective solution.
The printer can even produce medical tools on demand, which cuts shipping out of the equation and means that surgeons and doctors can get to work right away.

Of course aid isn’t all about surgical instruments and food drops. Financial aid is an essential part of the equation and 3D printing has helped charities create smartcards for individual refugees.
It also helps produce quick fixes for problems on the ground. After the 2015 earthquake that struck Nepal, Field Ready set to work restoring the water supply. The pipes arrived, but critical parts were missing.
Luckily the NGO had access to a 3D printer and it made the parts on site. Without the 3D printer, the people would have waited weeks for drinking water while the parts were shipped.

A quick and dirty fix

In the wake of the Haiti earthquake, the doctors on the ground struggled with a lack of clamps for umbilical cords as huge numbers of pregnant women gave birth in adverse circumstances. A 3D printer allowed them to come up with a replacement clamp and print them on site.
Taking this one step further, a 3D printer allows the NGOs to have a larger equipment list than they could possibly carry to each site. With a central library of files, the NGOs can produce a vast number of products that will help the staff save lives and give the people a better quality of life.

Open source could save the world

Charities and NGOs are already working together with online repositories to create open source libraries of everything from medical equipment to water taps.

Even keen enthusiasts at home can design a product that could make the difference in a warzone and upload them to the likes of MyMiniFactory. These are simple tools, but if engineers have to make them then they are time consuming and complicated. Downloading and printing things like this tap could be make a huge difference to the people on the ground. 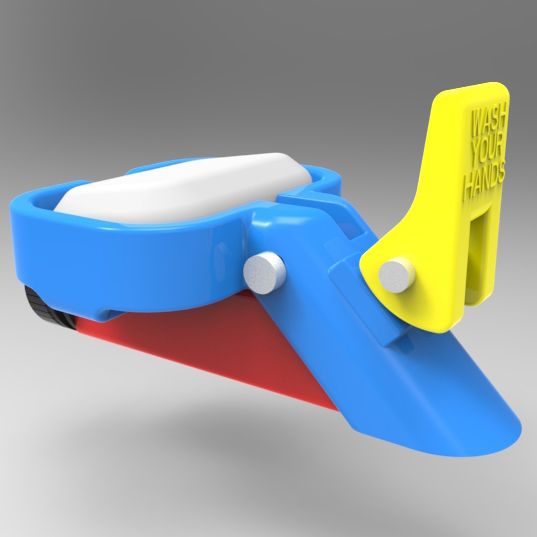 The ability to create these on site means the talented doctors, engineers and aid workers on the ground won’t have to improvise. They can get the parts they need printed on demand.
A 3D printer powered by solar panels was recently revealed, too, which means the printer doesn’t even need power. That makes it an invaluable asset when it comes to rebuilding the infrastructure in a disaster area.
When NGOs like the Red Cross react to a disaster, too, they often don’t have the time or the lines of communication to plan effectively. So through experience they have a core ‘disaster pack’ that may not be suited to the particular requirements. It also means they have to stockpile certain goods, which is expensive in itself.
A 3D printer can reduce the amount they need to pack. It also means that a ‘one size fits all’ pack of filaments and powders can be packed instead of finished products. This helps reduce the overall size of the package as filaments and powders can be densely packed. That reduces the logistical cost and allows the NGO to pack other, deprioritized items.

Of course there needs to be a balance. We can’t simply box up a handful of 3D printers and send them to a disaster area. Not yet anyway. So the NGOs and charities will need to decide which products must be prepared in advance and which ones can be made in the field.
There is no doubt, though, that additive manufacturing can help get vital supplies to people in need and to rebuild the infrastructure in the wake of a disaster.
It’s good to see 3D printing having such a profound effect on the world at large.