A man, a plan, a lawn mower – South Africa.  The man? Hans Fouche, a 3D printing aficionado that first made a name in the 3D printing community when he set up a massive chocolate printer that rolled out chocolate prints in assembly line fashion.  The 8-armed octopus squirted out chocolate shapes for Hans’s homespun custom chocolate business.  When we last wrote about him, he already begun work on his large format 3D printer, crafting enormous vases from digital files. 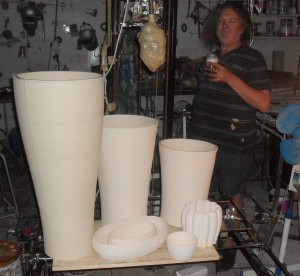 The plan?  Hans had already used the Cheetah to print large objects, such a briefcase and the entire body of the RepRap Morgan 3D printer, but it was when the wheel of his lawn mower broke that he realized just how he could best demonstrate the capabilities of the Cheetah.  After 3D printing the wheel, which took 7 hours and cost about $9 in filament on his Rapman 3D printer, the inventor turned to printing the entire lawn mower on the cheetah. 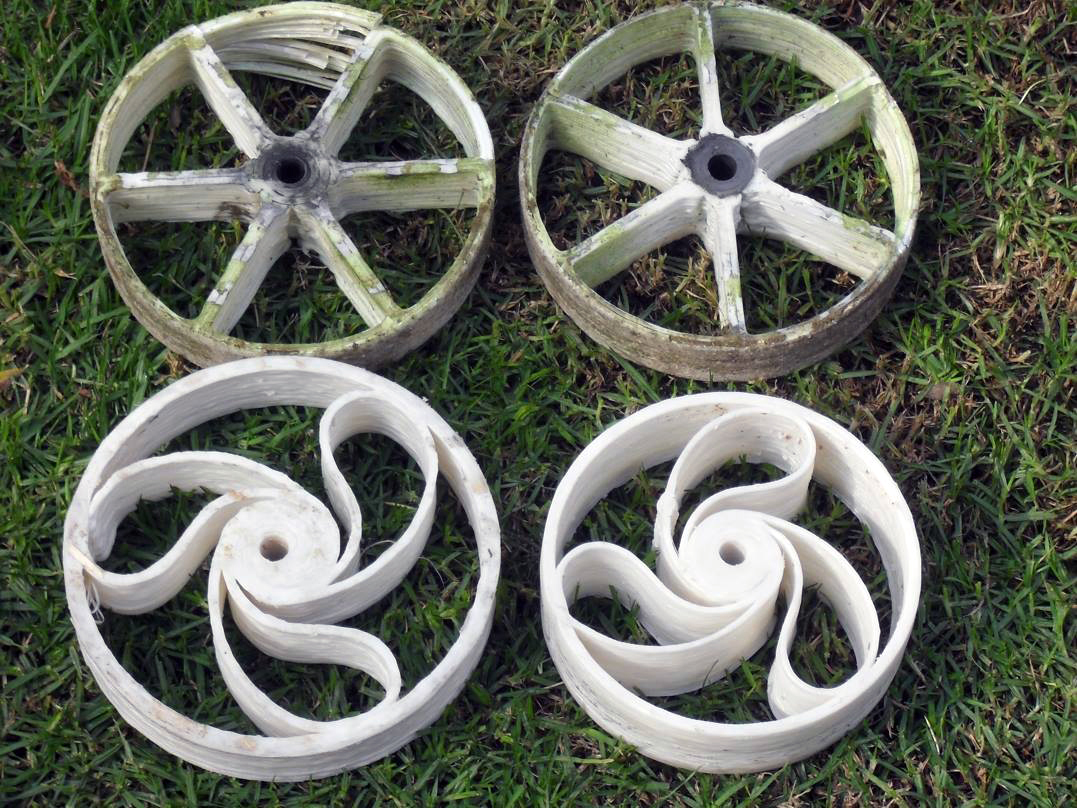 A lawn mower: The entire printing process took nine hours to complete all eight parts: the wheels, fancover, top cover, motor cover, and frame.  All that was left was to install the motor, the handles, the rods, and the blade and the thing was up and running:

So, next time your lawn mower loses a wheel, why not 3D print it? Or 3D print the entire thing using Hans’ .stl files on YouMagine.  And, if you’re afraid that your printer isn’t big enough for the job, Fouche plans to begin selling the Cheetah in the near future for a price of about $10,000.

The printer and the lawn mower are both truly amazing, but they are just the products of an amazing man.  From chocolate printing to tool printing, it’s that his ideas know no limitations.  Where he goes next could be even more impressive.  He tells me, “The next project? This lawnmower will be tested to destruction. Updates will be made and that will be tested to destruction……and so on until we have a very good lawnmower! With the Cheetah, this process gets real easy…..!! Our short term aim is to sell the Cheetahs worldwide, and then to develop more materials for it to print with.” 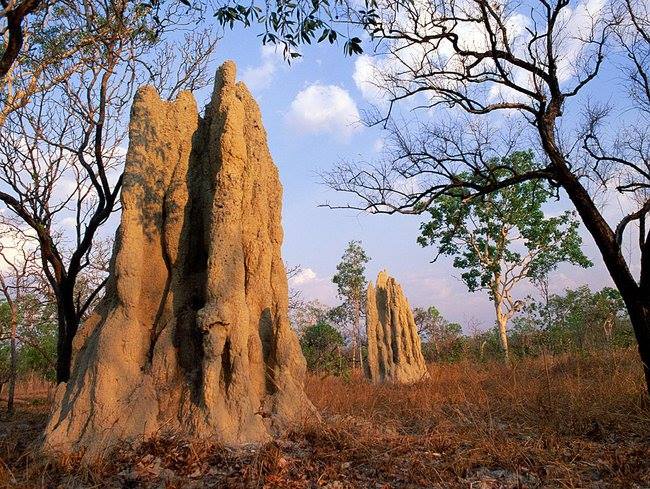 South Africa? Where Hans lives – Kempton Park – there are termite mounds everywhere, plaguing farmers with infestations.  He explains, “Termites are pests in large a part of the world and in South Africa, where most of their natural predators, like the aardvark, have been wiped out. Now they multiply uncontrolled, and wipe out the grazing for livestock, domestic and wild.”

But Hans has a solution: “We grind up these mounds of them, add a little water, and 3d print with that clay, we have a beautiful green product, and we get a pest under control! A farmer with a termite problem on his land, can buy a Cheetah printer, for his farm, mix up the termite clay and print large hollow core bricks, to build kraals and sheds etc.”

The inventor has already begun experimenting with the material, using a hand piping (it pays to be a chocolatier!), and believes that it will work.  And this is just one among many materials he plans to use, saying, “Wood fibres mixed with a plastic is high on the agenda! Cement printing have already been done… Metal printing is still the big one… Another one I’m working on is to grind up eggshells and to mix it in with a plastic, and to 3D print that.”

Hans, with a mind for sustainability, clearly has a goal of cleaning up the world – locally and globally.  While his direction for eco-friendly materials could enable a new breed of recycled feedstocks, his next project may just clean up his house.  He tells me, pointing to 3DPI’s recent post on the topic, “next project……a WHOLE Hoover vacuum cleaner…..they ask for vacuum cleaner parts….they are going to get a whole vacuum cleaner!!!! That will show them that the Cheetah printer will cause a paradigm shift in the 3d printer market…”