More efficient ‘smart wind turbines’ with aeroplane-inspired ailerons could be on the way thanks to the combined efforts of the University of Delft in Holland and SCHIVO 3D in Ireland.

The Dutch university is one of the leaders of the European Innwind program and it been charged with taking the wind power industry forward. One innovation it has proposed are free floating flaps on the trailing edge of the turbine and producing ‘smart’ turbines that could stabilise themselves when they’re pushed outside of their sweet spot by high winds.

These simple additions effectively change the way the air interacts with the blades and can make the turbine smoother and slower when required, which in turn leads to longer wind turbine life cycles. The end results of this are lower costs over the whole life term of the turbine, which could ultimately help countries commit to them on a grand scale.

Plastic is best for wind turbines

There are so many ways to achieve the same goal, though, that the University of Delft had to produce a number of different prototypes for testing. After a lot of testing the researchers decided the best solution for wind turbines involves 3D printing the blades in an ABS plastic and then reinforcing the structure with a carbon fiber spine running down its length.

SCHIVO 3D and its Stratasys Fortus 900mc were on hand to produce the scaled down parts that the University of Delft needed to put the models of these two-meter wide turbines into the wind tunnel for testing.

A turbine blade has to contend with a number of different forces, from different directions, during the course of each turn. Lighter blades help the turbine spin faster and that, theoretically, is more efficient, which is just one of the reasons balsa wood is still considered useful. Too much flex can destabilise the whole turbine, though, which can lead to instant damage or long-term wear that means the turbine requires more maintenance.

This is a problem everywhere, but wind turbines can provide power in remote communities where low maintenance is a basic requirement. 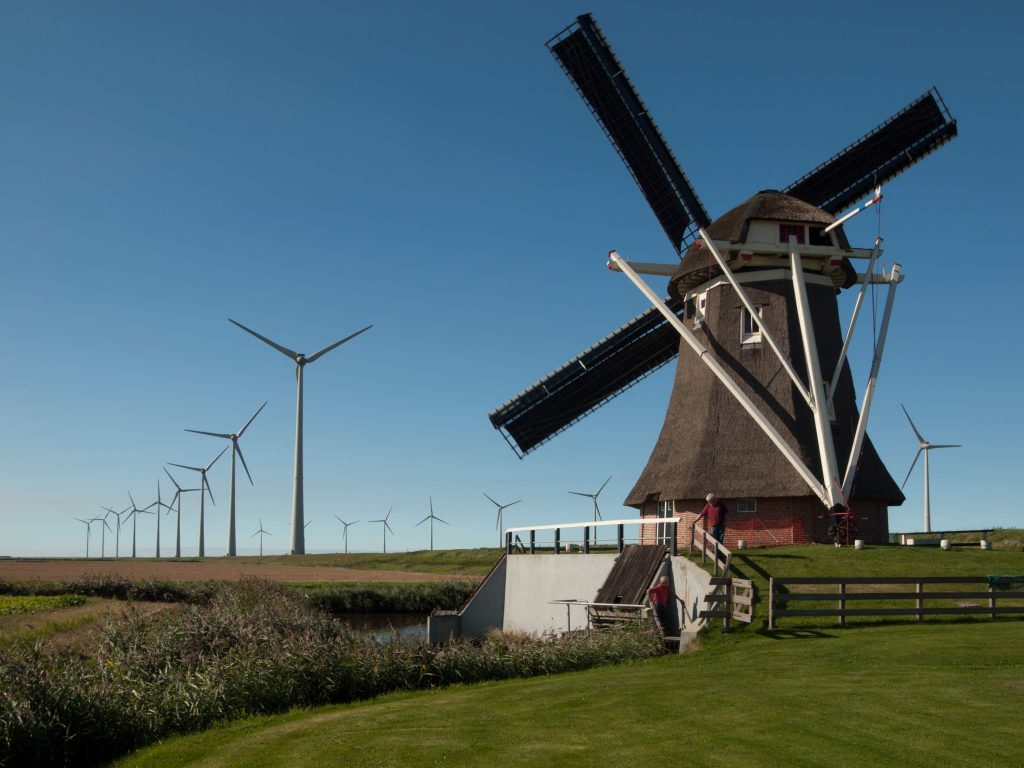 It’s a convoluted equation and the ailerons and smart technology have added more layers of complexity. Matthew Piers Watt Boulton patented Aileron technology in 1868, before the Wright Brothers filed their own patent at the turn of the century and the two parties engaged in some expensive litigation that was settled by the start of the First World War when the US government stepped in.

It simply means ‘little wing’ and it’s a hinged surface that can controls the speed of each individual blade, which has a knock-on effect to the rest of the turbine blades. That’s why heavy winds and other environmental factors can push the turbine into a destabilizing ‘flutter’ and why smart technology and ailerons could be the key to slowing the turbine, bringing unwanted oscillations under control and preventing damage.

The ailerons are fitted with actuators and Piezoelectric load sensors that can respond to the force going through the turbine blades. When the force is too great, the ailerons come into play and produce increased resistance, slowing the blades and bringing them back into a safe window. Even here the shape, form and edge of the ailerons are critical and the math involved is so complex that the only real way to be sure of getting the best final result is to try a variety of options.

“This was a fascinating project to be involved in” said SCHIVO 3D’s head of sales Tony Flanagan. “The parts were very large and needed to be produced to a high quality finish as they were a critical component of part of a research project. Our Fortus 900mc machines were a perfect solution allowing us to produce large, robust and dimensionally accurate parts which allowed our customer to meet their project requirements.”

3D printing could help shape the next generation of wind turbines and help the Dutch university find a winning formula that takes wind power into new territories. We hope it works.