A $199 stereo vision camera could have an impact on the next generation of machine vision, autonomous cars, robots and even drones. It makes a mean large-scale scanner, too, that could prove useful in warehouses, shops and more.

It’s aimed at self-driving cars, monitoring stock in retail establishments, measuring volumes in difficult to reach places in industrial sectors and also to warn about potential collisions in warehouses. But the software is so open that the only limit to the applications are your imagination and coding skill.

The camera is what you make it

It goes beyond stereo image capture, this camera offers depth measurement, point clouds and disparity maps. The level of distortion in the lens will dictate how useful this camera is to the industrial sector, but in a series of Youtube videos the Indian firm has placed online it looks to be a useful piece of kit.

The company shows it in action measuring people, packaging and the closing distance of a person walking towards the camera on its YouTube channel.

This means it should be a valuable addition to warehouses and we’re keen to see what the maker community can turn this into when they apply a relatively blank canvas to a variety of different applications.

The camera comes with a friendly name

Called Tara, the camera is based on two 1/3 inch MT9V024 Global Shutter CMOS sensors manufactured by OnSemi and can provide stereo vision at 60fps in uncompressed format.

It comes with a Software Development Kit, complete with the source code, so developers can use the camera and develop their own applications to suit their particular requirements. The SDK is based on the OpenCV Image Processing Library, which means that customers can take advantage of the disparity maps that the two lenses generate directly in the SDK, as well as providing separate images.

So the end user can process the information as they see fit and bring the disparity map or the separate images into their own custom software package.

You can sidestep the SDK entirely, too, and take the images direct from the camera using DirectShow for Windows or V4L2 for Linux. 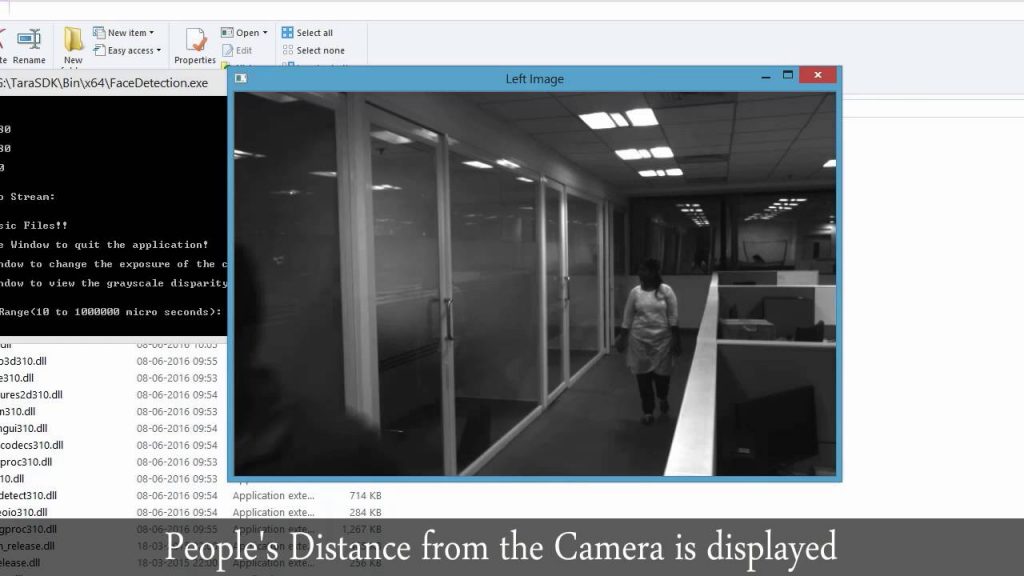 It measures just 100x30x35mm, too, which means it will sit comfortably on most computers and can even be carried by relatively lightweight drones. The sensors are separated by 60mm, which serves as a baseline that you can alter according to your specific needs. A pair of lenses mounted on an S-Mount holder come pre-calibrated, too.

“I am excited with the launch of our first USB 3.0 Stereo Vision camera marking a beginning of a new camera product line for a variety of applications in machine vision, autonomous driving, robotics, drones etc,” said Ashok Babu, President of e-con Systems.

“With its integrated IMU, customers can determine the camera position in 3D space which is critical in these applications. e-con provides OpenCV based SDK that generates disparity map and customers can directly use these images in their applications.”

It comes with sample apps

Tara’s parent company, e-con Systems, have provided a wealth of sample applications, together with the source code, which will give the customers a head start so they can modify the code and smoothly integrate Tara into their own systems.

The MT9V024 enhanced NIR pixel is designed for infrared applications and you don’t need to make full use of the Stereo WVGA’s available 1504×480 pixels. The camera offers lesser resolutions of 752×480 and 640×420, as well as the potential to capture still images.

A six axis Inertial Measurement Unit can compensate for the camera’s position, angle and any force that is being exerted on the body by flight or other movement and every frame is processed by the application layer. This can then be worked into the code of a number of applications that the customer can build with MATLAB software.

If you’ve seen enough and you just have to have one, you can get this new camera here.