Italian startup Youbionic has been developing its 3D printed, bionic hand for some time, making progress every day. What started as a CAD model has since become a physical prototype that can flex with electrical impulses triggered by muscle movements, all relying on a simple Arduino board. And, while Youbionic works on the next stages of its prototype, the firm, run by Federico Ciccarese, is already planning its next project, that aims to be even bigger: complete 3D printed bionic arms to replace or augment the arms of its wearer. 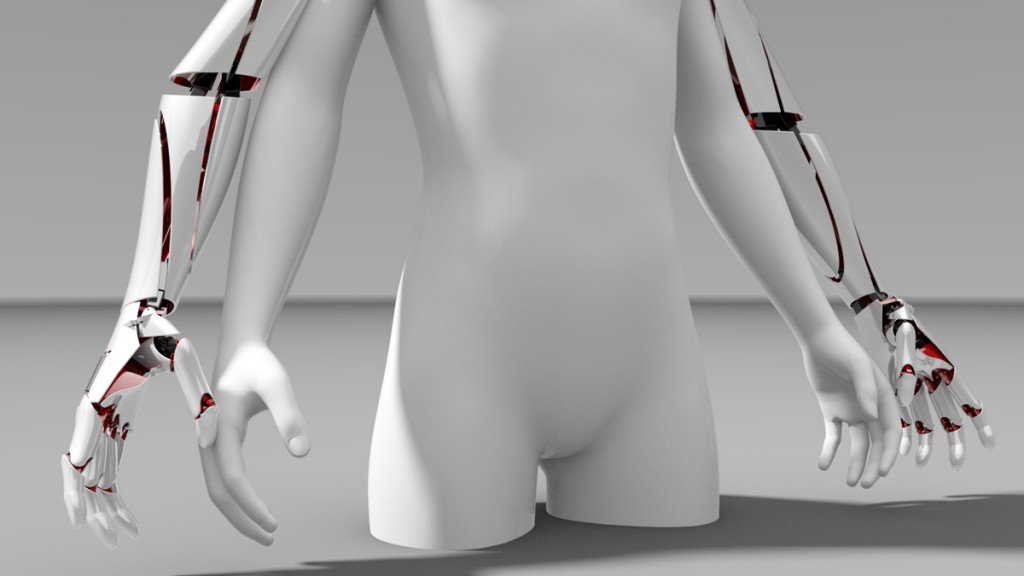 Federico tells me, “The first experiments on the prototype proved excellent. We validated our initial idea that material deformation is necessary in order to optimize the hand’s movements. The mechanical intuition that we derived from a direct observation of muscular fibers have provided us with the necessary elements to design the entire bionic hand.” The results of their efforts to date can be seen in the video below.

Ciccarese continues, “Now that the design and the choice of electronic components have been established, we can proceed to the next phase of development. What we want to obtain by the end of the year is wearable product that may satisfy our project’s requirements and stand the first lab tests.” While the next phase may see the optimization of the Youbionic hand prototype and the actualization of the product, which is set to be less than €1,000, it will also see the beginning of Youbionic’s vision for a 3D printed wearable that can replace a missing arm or add arms to the wearer. With four arms in total, the website reads, the “Youbionic devices will turn you into an person able to perform movements in sync impossible for a traditional man.”

The idea of such superhuman exo-devices reminds me of a talk I saw from MIT (embedded below), which foreshadowed the transformation of medical devices, like prosthesis, from aiding the physically challenged to augmenting the human form for the entire population.  The talk featured the MIT Distinguished Fellow John Hockenberry showing off his wheel chair, outfitted with LED lights; Associate Prof. Hugh Herr demoing his own bionic legs; and Dean Kamen displaying a unique wheelchair, the iBOT, that helps physically challenged people climb stairs and stand. It seems that, with 3D printed prosthetics like those from e-NABLE and Youbionic’s futuristic wearable, Hockenberry’s claim might come to fruition – that “vast, extraordinary and sometimes frightening physical change can, instead of being feared, actually be embraced and become an opportunity for people to take authorship of their own lives, using products and tools made by technology to make their life experiences better.”