Turning any digital design into a real, physical object within a few hours opens up incredible possibilities for any artist with creative talent. If the artists involved are particularly imaginative and capable, and the technology is the best you can find, then there are not limits to what can be achieved, even in a field such as stop motion animation.

This is exactly what happened when award-winning Stoopid Buddy Stoodios, one of the most talented and renowned stop animation studios in the greater Los Angeles area, brought their production in-house by purchasing an EnvisionTEC Perfactory 4 series 3D printer. The results of this combination can seen in the new animated show, Super Mansion, which was presented on July 9th at San Diego’s Comic Con, together with the new streaming television network Crackle.

Thomas Keiser, who was already working as a ZBrush modeler and animator at the studio, felt it was time for the company to invest in bringing a high-end 3D printer in house. He did some research and finally settled on EnvisionTEC’s Perfactory 4XL. The company had already been outsourcing work to be done with EnvisionTEC’s high-precision DLP technology for over two years , but having the machine in-house changed everything.

In his new role as director of digital design, Keiser found himself overseeing a growing range of new productions, as well as improved production rates for current projects, such as the studio’s hugely popular show, Robot Chicken. “By 3D printing the majority of the parts we no longer have to mold and cast anything. We don’t even have to clean up complex parts, such as the hands or the heads, and we are also able to mass produce them, since the machine has a large build volume,” Keiser says. 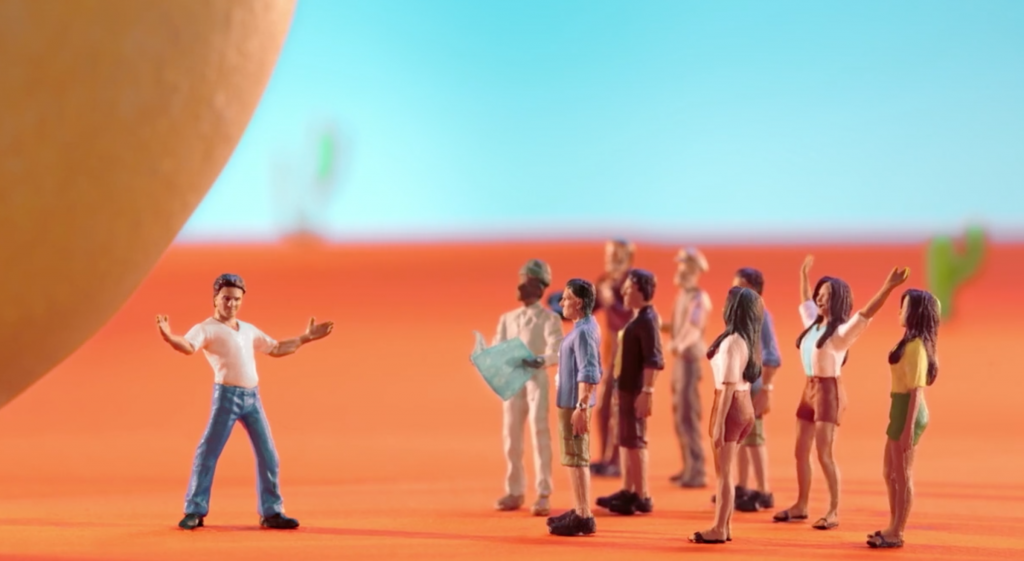 With in-house access to a high-end 3D printer, multiple artists are able to use it and the designs they are able to create are much richer, allowing them to focus more on the puppet’s engineering and reiterate the design until its mechanical properties are ideal. Accelerating the turnaround has also enabled the studio to diversify production and become involved in prototyping toys and props for several TV commercials.

These include a recent TV spot that aired on Adult Swim for the new season of Rick and Morty, where several props used in the commercial were 3D printed. The spot “transcends” the boundaries between animated and physical: the cartoon characters are watching fictional characters who, in turn, are watching a commercial where the carton characters’ action figures are 3D printed as physical products, wondering if the toys truly exist or not.

Most parts are 3D printed using EnvisionTEC’s RC 31 high temperature resistant materials. More recently, the design team introduced the new AB-flex material, which gives the puppets more flexibility without breaking. Not that it would be a huge deal if they broke. “It used to be a real hassle for stop animation because every puppet was unique and replacing broken parts was took a long time. Now we can just upload the digital design and hit print,” Keiser confirms.

The best part is that their improved manufacturing speed did not, in any way, result in loss of jobs. If anything, it has been the exact opposite. “For the type of production we do, we like our puppets to be hand-painted in order to give them a more realistic feel,” Keiser says. “The result is that our artist team has grown significantly, as 3D printing has enabled our designer to create a lot more items for them to paint.” New jobs have entailed the production of some high-profile commercials such as one ad that is a true work of art for Frooti, a popular Indian mango soft drink.