Skolkovo-based 3D Bioprinting Solutions has made headlines lately in the 3D bioprinting arena for its FABION bioprinter and the stated objective of creating implantable, bioficial human organs. I had a chance to interview the laboratory’s founder, Alexander Ostrovsky, and he confirmed that their work is based on an international collaboration involving several top researchers worldwide.

Russian Prime Minister Dmitry Medvedev has also shown a very deep interest in the possibilities offered by 3D bioprinting technologies and has praised the upcoming collaboration between 3D Bioprinting Solutions and Harvard, with the possibility of installing a FABION 3D printer at the top tier US university. “Be friends with Harvard,” said Medvedev.

Just as US President Barack Obama has done for Making and industrial 3D printing, the Prime Minister has shown similar excitement for bioprinting. In particular, during his visit at Skolokovo’s yearly startup village, last June. After the executive director of the company, Yusef Khesuani, and the marketing director, Julia Smirnova, showed Dmitry Medvedev the world’s first organ construct, a mouse thyroid printed with the FABION bioprinter, the Prime Minister asked, “And where is the bioprinter itself? Show it to me.”

Smirnova and Khesuani demonstrated FABION in operation and, in response to numerous questions by Mr. Medvedev, explained to him the operating principles of the machine and the unique features of their organ bioprinting technology. The reaction of the Prime Minister was genuine and spontaneous: “This is pretty cool. This is my first time seeing a bioprinter that could print something using cell material.”

Khesuani and Smirnova spoke about the strong interest that the FABION has raised among international research organizations, since it can combine all currently existing bioprinting technologies in one system. 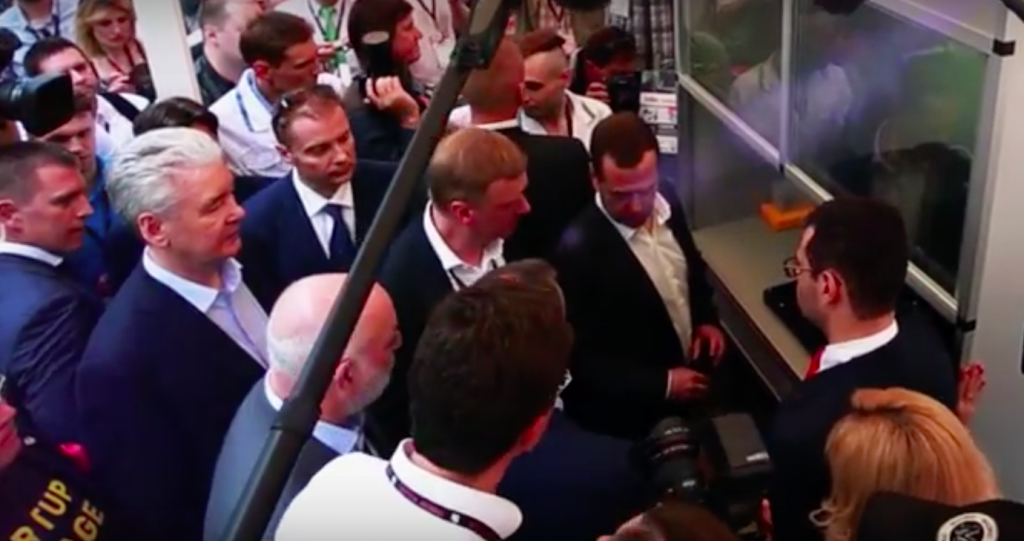 Medvedev also touched upon the complex legal issues concerning cell technology, saying it is “a very complicated area since it involves many difficult ethical, moral and interdisciplinary questions, the questions of material sampling”, but, adding that “we need to move forward, otherwise we would just stall everything.” Before leaving, Dmitry Medvedev wished further success to the Laboratory.

As is often the case, science and technology can cross any border. The common goal of defeating diseases and sickness, increasing life spans, and eliminating the illegal organ trade can unite even when other issues divide. This is definitely a solution worth bioprinting.