Having used the itseez3D, in conjunction with the Structure Sensor, I can attest to how easy-to-use and powerful it is. So, I’m happy to know that itSeez has now made an app compatible with the RealSense 3D camera from Intel, which is now being integrated into numerous computers, tablets, notebooks, and a handheld scanner from Taiwan’s XYZprinting. 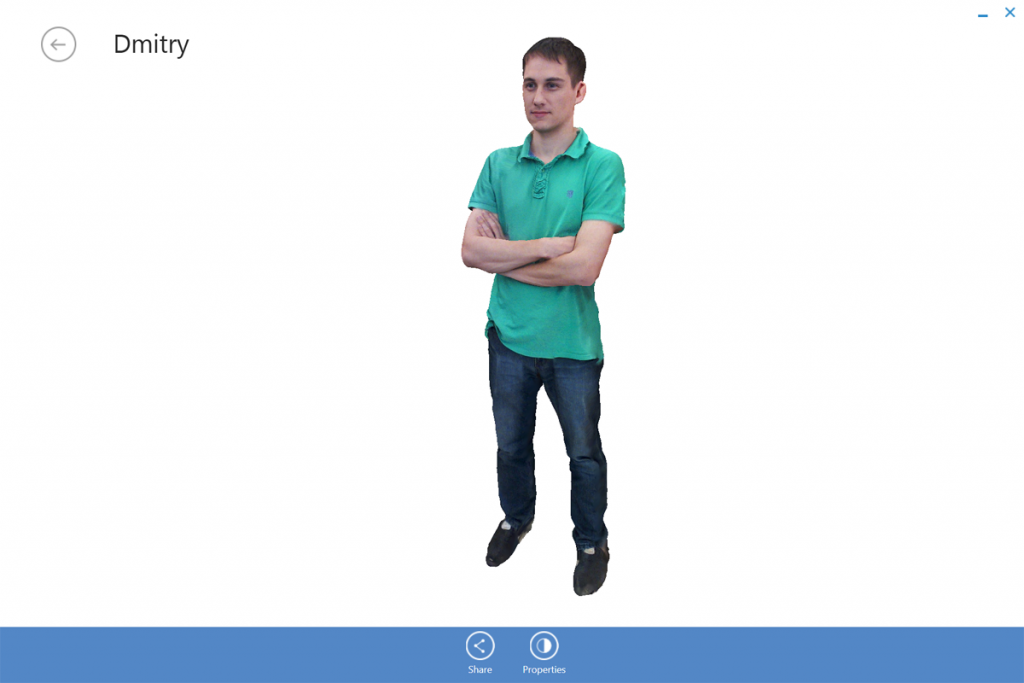 The announcement, which was made earlier today, explains that devices that feature the soon-to-be-released R200 model of the Intel RealSense Camera can now use the itSeez3D app to capture full-color models, including full body scans.  On a tablet with the R200, users can use the itSeez3D app, preview their 3D model in less than a minute, with full resolution reconstruction taking place in the cloud, and then export their model to Sketchfab or as .ply, .obj and .wrl models on the desktop. These models can also be shared directly onto Facebook.

Dr. Achin Bhowmik, vice president and general manager for Intel’s Perceptual Computing division, adds, “We want to make mobile devices understand the world in 3D.itSeez3D’s ability to create 3D models is a great example of a usage that can be enabled by the Intel RealSense platform.”

The company behind the itSeez3D app is actually quite an interesting one. itseez has been in the computer vision space for some time, with many of the company’s team members, in fact, responsible for Intel’s OpenCV library that powers computer vision. The company continues to create software for computer vision, including face detection and traffic detection, for such applications as video surveillance and robotics.

With the itSeez app itself seeing the company bring its knowledge, experience, and software to the consumer space, it’s definitely going to be playing an increasingly important role in the 3D ecosystem. Having made itSeez3D available to, first, Mac users through the Structure Sensor and, now, to Windows 10 users (and more) with this latest news, the company’s impact on the nascent 3D ecosystem has only just begun and it’s already being felt.