The Wearables Revolution is DIY LED and 3D Printed

Everyone’s getting all riled up about Google Glass and smartwatches. Sure, those tiny computers can tell you your heart rate and your friend’s heart rate and sync them both to a Katy Perry song, but there’s nothing as cool as LEDs that light up in a bunch of neon colors. Marcus Olsson of slickstreamer has 3D printed a DIY wearable that changes colour as you move and, while it serves no Kurzweilian purpose, its glowing lights trump anything that major manufacturers have come up with for the wearable revolution.

Marcus was inspired to make his glowing bracelet when he first printed out the Diagrid Bracelet from 3D printing artists Nervous System. Stuck in an LED phase — having built an led-jar and a music visualiser — Marcus wanted to incorporate his favorite little lights into his bracelet. The original idea was just to have a wristband that shifted colours in any number of patterns, but with a few redesigns, of both the bracelet itself and the hardware and software beneath its surface, Marcus eventually created something that shifted colours along with the wearer’s movement. 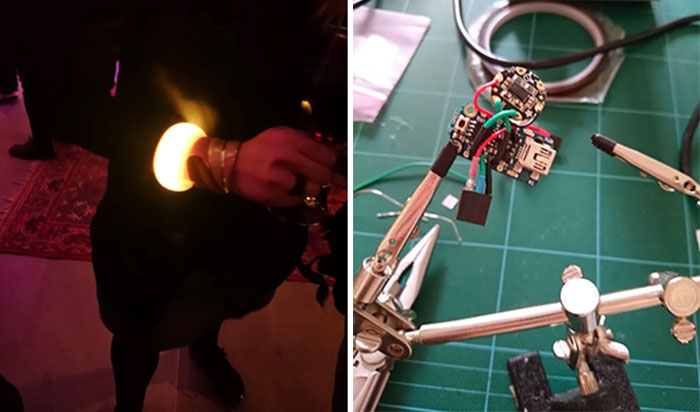 The bracelet consists of the band itself, printed in white resin on the hacker’s Form1 printer.  Running the lighting program is a Trinket – 3.3V Logic microcontroller from adafruit. In his first version of the bracelet, Marcus used a strip of 60 LEDs, but upgraded to a 144 LED/M NeoPixel strip, presumably because more lights are more kickass.

There are some software libraries that have already been written for the NeoPixel strip and the Trinket, which allowed Marcus to perform some of the glowing patterns for his original design.  To incorporate adafruit’s Flora Accelerometer, for registering movement, Marcus had to modify some of the software a bit. 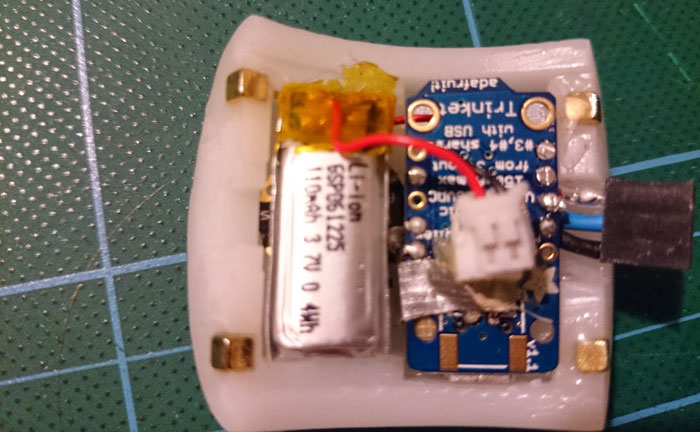 The final design for his bracelet clips onto your wrist with a set of magnets and a removable panel. The end result is the movement-modified aura you see in the video below:

This LED bracelet is more for a night out, so, when you’re done working out with your adafruit 3D Printed Flora Band, you can snap Marcus’s design on and hit the club, where you can gyrate the night away.