Type A Machines has announced a new method for producing true three-dimensional infill of a 3D part that should improve the overall strength and uniformity of almost every 3D structure that isn’t a simple solid.

Absolute Dimensions and 3D Internal Structures are separate innovations that work in tandem to replace the old system of infill. Before now, percentages were used to specify the density of a printed part at any given point.

This has produced inconsistent results and there are greater issues, too.

Infill is produced with a layer on layer printing method, which is inherently two-dimensional. This means there are inevitably mechanical differences in tensile strength, resistance and other properties depending on the angle and orientation. The only way to compensate for this is to over engineer the part, which can add weight and cost.

Cura Type A relies on actual physical measurements in millimeters, rather than percentages. This is a definite move in the right direction and it also turns the ‘infill’ into a functional part of the 3D printed object, rather than an unpredictable variable and a by-product.

By creating a true Isotropic, tessellating lattice structure, the infill can provide most of the product’s strength. It also regulates print times and produces a more consistent finished part. 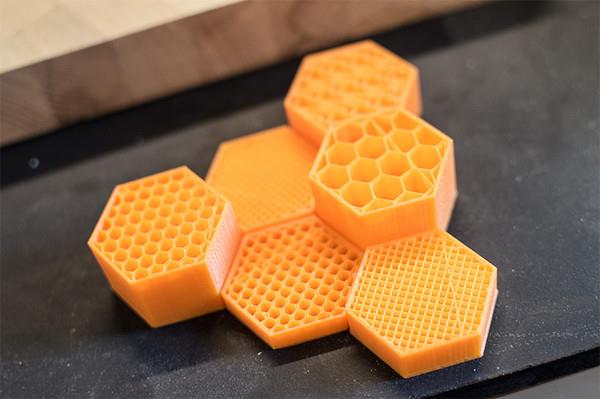 “Thinking of a part’s internal geometry as infill is to fundamentally misunderstand the role of internal structure in a 3D printed part,” said Andrew Rutter, Type A Machines founder and CTO. “It’s akin to ignoring more than half the object. The term ‘infill’ is inaccurate. We need to understand it for what it is – internal structure.”

Type A Machines is aimed at commercial printers and it is responsible for the Print Pod, a scalable commercial solution that can link up to 60 separate printers in parallel production. Mass manufacturing is clearly the end goal for the San Leandro, California based company, and consistent infill that actually adds to the product is just one step along the way.