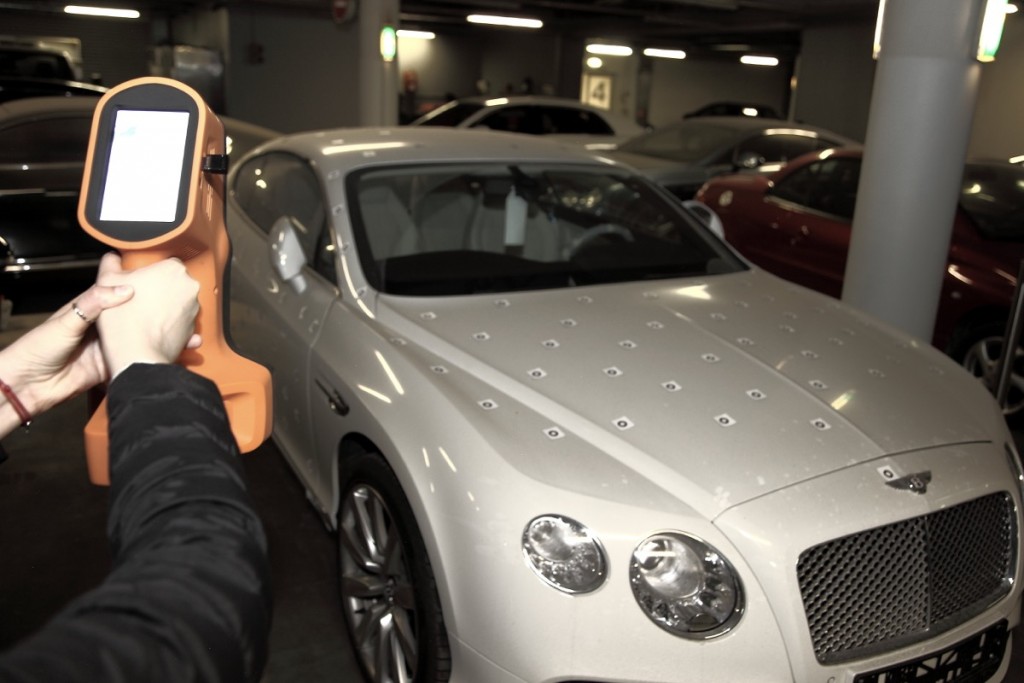 Thor3D has updated its software and now the practical handheld scanner can be used to scan any large object.

The handheld scanner that was released in 2015 has made it possible to scan people in less than a minute. But that still left the likes of cars, boats and all manner of other objects that couldn’t be scanned. Now, with the new 1.2 version of the software package, a Thor3D scanner can take care of all your needs without any hardware upgrades.

This is cool technology

A wireless handheld scanner with a simple touchscreen mechanism has so many real world applications, but it was limited by the software. It was still exceptionally useful for scanning models on a turntable and this helped designers, personal trainers and even artists create incredible work.

Now, the touchscreen-operated handheld unit has just become a weapon. Thor3D claims that it has a field of view that is twice as large as other handheld scanners on the market. It also reckons that you can scan an entire car in less than 20 minutes and there is technically not much you can’t do with this unit now.

Adding markers means that the Thor3D’s tracking system has now changed radically. The geometry tracking actually analyses the product in front of it in real time as it always did, which is useful for people. It does not work so well for large surfaces without a huge amount of detail.

Marker tracking has changed the game

So Thor3D has added another tracking system, tracking by markers. Now you can simply print out markers on a standard printer, or use magnetic markers and add them to the object. Then you simply walk smoothly round the car, boat or whatever it is and take your scan.

It works for furniture, statues, tanks and far more. It isn’t micron precise, but it is accurate to 0.2mm and that is more than enough for most purposes. Vehicle wrappers, for instance, could work with a model of the car or van they’re about to work on rather than measurements and virtually anything you can think of could be scanned.

It creates a point cloud that feeds into your computer and technically you could have a piece scanned and heading to a 3D printer in less than an hour. At $14,000, the Thor3D isn’t cheap and it is far from perfect. It’s exciting technology, though, and a clear indication of where things are headed.

It’s a mind-boggling concept and we can’t wait to see how the Thor3D works in the real world with different objects.