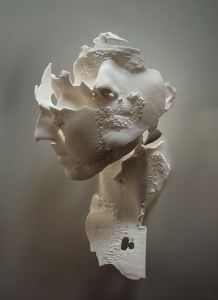 Kahn intentionally uses a scanner that is not intended to capture the human body, which is always in motion, to create corrupt 3D data files. Because even a still body will move slightly, the movement will cause multiple imperfections in the scan, yielding broken data, blurred features and cloned anatomy. She then pieces that data together the best she can, leaving the holes and imperfections in place. The effect is striking and surreal, and at times quite haunting. 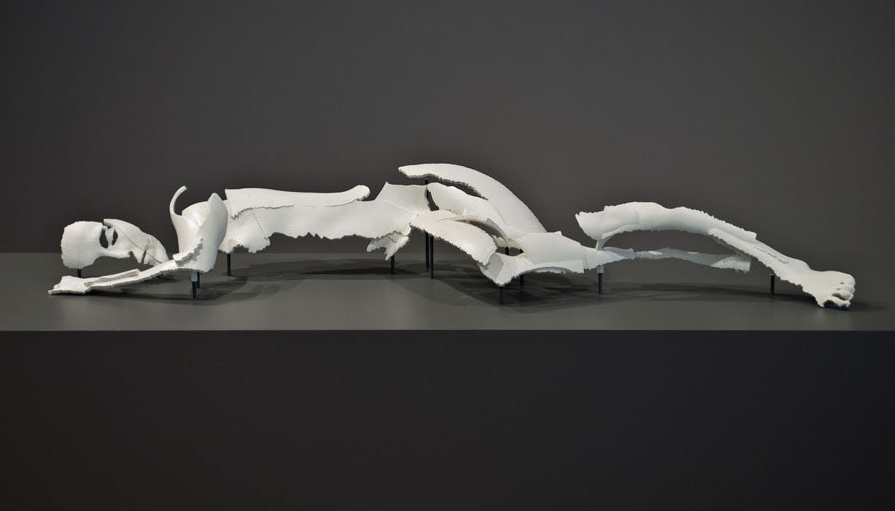 “The resulting sculptures bear the artifacts of all the digital processes they have been through.” Explains Kahn “The scanning and 3D printing process strips color and movement from the body, leaving behind only traces of its form – a scan of the face resembles nothing more than a digital death mask.”

Where Kahn sees a digital death mask, I, personally, see life forcing its way to the surface. I see a held breath. I see a woman shifting her weight to ease a tired leg. I see insecurity masked by artificial bravado. I don’t see death at all in Kahn’s artwork, I see glimmers – fragments even – of each of us, captured by technology that most of us barely understand.

Her videos are just as unsettling to watch, as fragments of people flicker in and out of existence. Their ghostly forms oddly have less of a sense of life than her stationary sculptures, but her subject’s life still manages to reveal itself. This installation is intended to be displayed on five life size portrait oriented screens, each screen looping a one-minute segment. 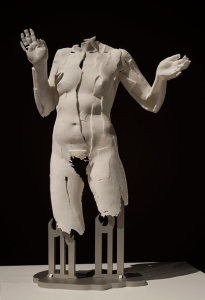 “I work with this deathly imagery, not because I want to be morbid, but because I am interested in the ways that technology can fail to capture life – and what the poetics of that failure might look like.”

Interestingly, where Kahn sees the failure to capture life, I see the failure to obscure it. I see bits and pieces of her subject’s life fade in and out, but I still see the humanity echoed in their fragmented forms. I see nothing morbid here, but a reminder that, as temporary as our lives are, technology will leave echoes of who we are that will remain long after we’re gone. 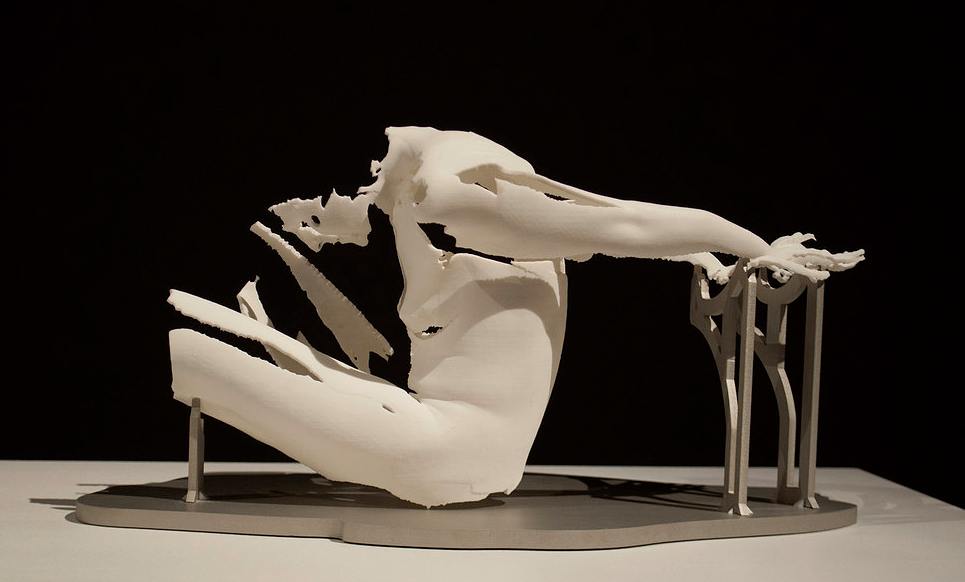 You can see more of Sophie Kahn’s wonderful sculptures and videos on her website.