Staples Teams with iGo3D for 3D Printing Retail in Germany

While in the US, office supply chain Staples is gradually exploring 3D printing retail through a partnership with 3D Systems, followed by a distribution agreement with MakerBot, in Europe, the chain allowed customers to order 3D printing services via a deal with Mcor.  Staples is now expanding its European presence, after last week’s CeBIT show in Hanover, bringing a wide variety of desktop 3D printers to the Staples store in Hamburg, Germany starting on April 1. 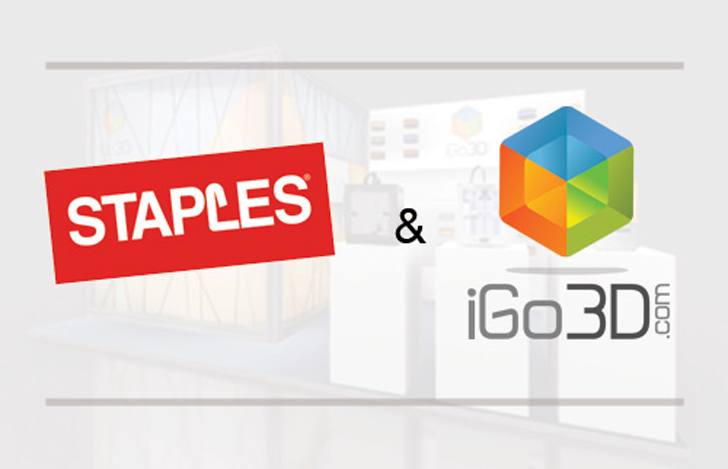 Through a partnership with German 3D printing retailer iGo3D, the Hamburg Staples store will be stocked with a number of machines from all over the world.  From the Netherlands, the shop will sell the Ultimaker 2; from Poland, the Zortrax M-200; from Portugal, the BEETHEFIRST, and out of Taiwan, the da Vinci AIO all-in-one 3D scanner and 3D printer.

In addition to these 3D printers, the shop will also sell 3D printed mini-me statues, starting at 99 EUR.  Using German developer Solidcraft‘s “Shrinkster” 3D scanner, customers will be able to capture full-color 3D scans in-store. They will then be able to order 3D printed statues between 5 and 20-cm tall, which they can then pick up from the store when completed or have delivered to their homes.

This is only a small addition to Staples’ own entry into the 3D printing industry, but it’s a big move for iGo3D, which is continually expanding, through brick-n-mortar locations and partnerships, including, most recently, a distribution agreement with Formlabs to sell the Form 1+ 3D printer in Germany.