Here’s the latest list of 3D printing stories Sliced from the news feed by 3DPI.

Security for Internet of Things (IoT) technology is an increasing concern integral to the development of Industry 4.0. Last week, Canary security systems devices became the first company to receive security certification from ICSA Labs (The International Computer Security Association) to protect the data of its IoT technology. The certification supports the development of Canaray’s high-tech hardware such as the latest mobile-operated Flex surveillance camera – the prototypes of which were created using the MakerBot Replicator+ from Stratasys.

Eastman Kodak Company (NYSE: KODK) released its earnings for Q3 last week. The company reports GAAP net earnings of $12 million for the quarter ended September 30, 2016, compared with a net loss of $21 million in 2015. The news comes after Kodak’s entry into a material development agreement with Carbon who have been working to improve their popular CLIP (continuous liquid interface production) resins.

U.S defense and aerospace giants Lockheed Martin are to collaborate with Penn State on education programs and recruitment. The company has invested $6.2 million in studies at Penn State over the past 5 years, and in the spring of this year, the company challenged students to come up with 3D printing solutions their manufacturing queries.

The Boston Consulting Group (BCG) has opening its Innovation Centre for Operations (ICO), a model factory created with aim of helping manufacturers make decisions about the latest tech developments. The ICO shows how an integrated approach of big data, autonomous robots, augmented reality and assembly lines can make between 10 and 20% productivity gains, with a personalized approach. It is the 3rd center of its kind, with BCG also having immersive Industry 4.0 factories in Germany and the US. 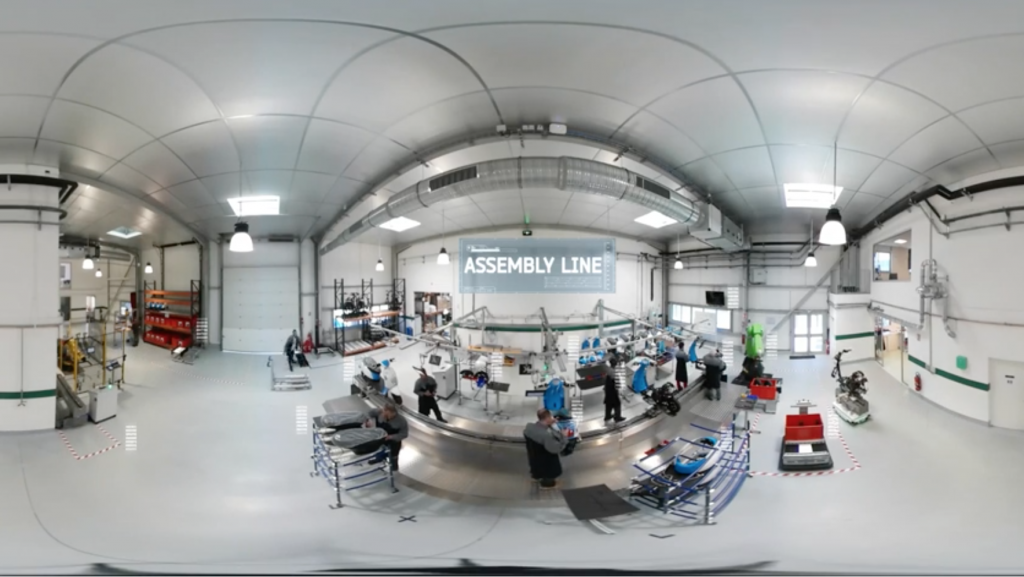 Over the weekend, Nike opened a new concept store in New York. The huge 55,000 square foot location is expected to signify a shift in typical retail space. The change is believed to be hinged upon the impetus on personalization. The store is focused more on the consumer’s experience rather than as a point of sales with the store featuring a basketball half court among an array of testing areas. This means that Nike is encouraging the consumer to test out the products before they buy them. Furthermore, with personalization in mind this store may feature localized manufacturing through means of 3D printing. In the future there seems to be room for Nike to explore the option of 3D printing the consumer’s shoe, in part or in its full form, at the store itself. The new concept store in New York would appear to be the perfect location to introduce this.

Featured image shows the Sliced logo on a photo of the Nike store in Soho NY. Original photo: Nike