Have you heard of SKYLON?

It’s an attempt by UK-based Reaction Engines Ltd to build a working spaceplane for the ESA, relying on their SABRE rocket engine with a 3D printed injector.  In July of 2013, the UK Government began investing £60 million in the development of the SABRE.  The next month, Reaction Engines Ltd signed a contract with the European Space Agency (ESA) for a €1 million study to explore how the SKYLON spaceplane can meet Europe’s Space access requirements from now and into the early 2020s.  In January 2014, Reaction Engines Ltd  announced that they had entered what’s called a Cooperative Research and Development Agreement (‘CRADA’) with the Air Force Research Laboratory’s Aerospace Systems Directorate (AFRL/RQ).

At the time, Alan Bond, Managing Director said, “The signing of this agreement with AFRL builds on an extraordinary period for Reaction Engines Ltd which has seen the successful demonstration of SABRE’s ultra-lightweight high performance heat exchanger technology and a UK Government commitment of £60m ($100m) towards the next phase of development of the SABRE engine.”

Why all the fuss about the SKYLON and its SABRE engine? 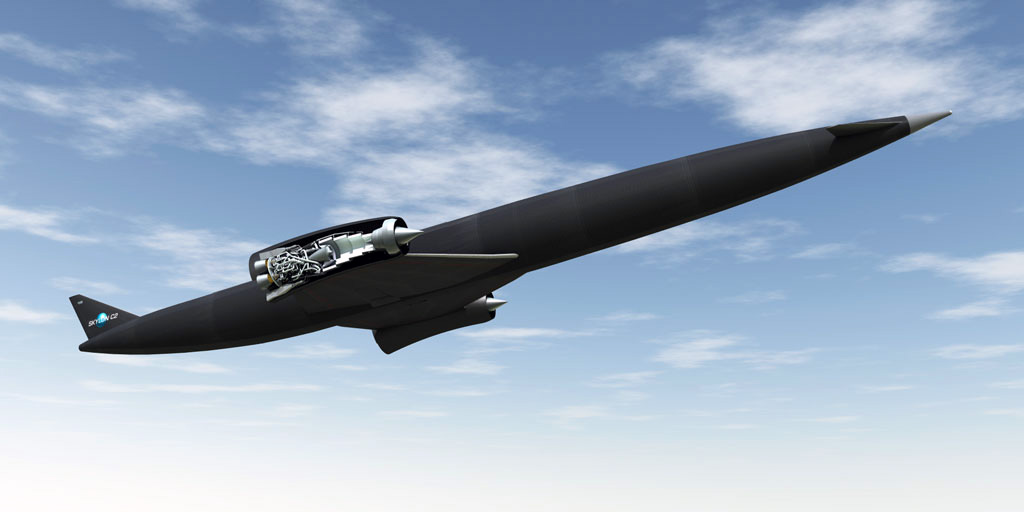 The design of the thrust chamber and nozzle of the SABRE rocket engine allows it to operate and smoothly transition between air-breathing and rocket modes. Since then, Reaction Engines Ltd has built a test version of the SABRE rocket engine, successfully fired it 15 times this past spring of 2015, and incorporated a 3D printed, actively cooled propellant injector system (pictured below).

Aerodynamic data was collected from the series of test firings and compared with their in-house computational modelling in order to advance the nozzle design. The test campaign will continue from a facility at Airborne Engineering Ltd in Westcott, Buckinghamshire through 2015.  The design of the engine required that it perform a cooling operation of  air which starts at +1,000 Celsius and cool down to -150C.  The SABRE has to perform this operation in less than 0.01 seconds! 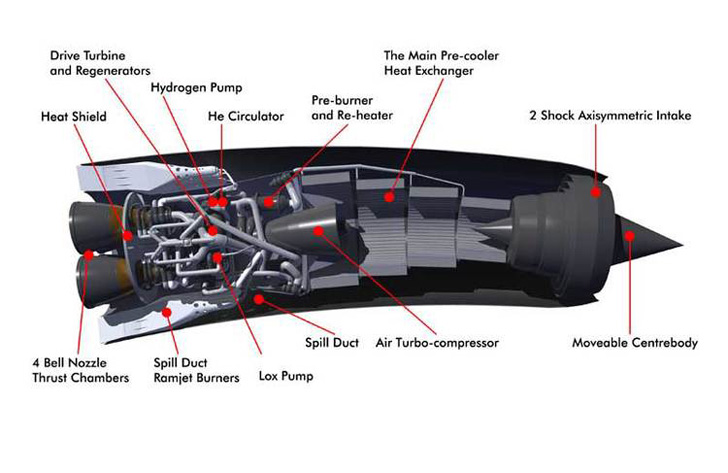 This experimental engine is an important step into a new era of propulsion and space access. We are using it to test the aerodynamics and performance of the advanced nozzles that the SABRE engine will use, in addition to new manufacturing technologies such as our 3D-printed injection system.
The testing of new propulsion technology has required close work with our partners at Airborne Engineering, in order to make a test rig that can simulate the unique and demanding range of conditions required to put this engine through its paces. Despite being much smaller than SABRE, this engine is still the largest bi-propellant engine to be tested at Westcott for over thirty years, and it is exciting to see the resurgence of Westcott as the centre for UK rocket propulsion research and development.

The next tests include long duration burns, and tests designed to explore and extrapolate data about the SABRE’s capability to  transition between air-breathing and rocket operation, essential for the spaceplane’s operation in space.