Last year, around this time, I posted a blog entry comparing a FabLab in Sicily to a modern version of the mythological forge that the Roman God of Hell had deep inside the Mt. Etna Volcano, where he manufactured metal components and weapons for Jupiter and the other Gods. I am now back in Sicily and that myth is presenting itself even more clearly, as I ventured up to the volcano, to a small town called Aci San Antonio, lost among wild vegetation and spent craters. Here, a company called Mt Ortho is taking the myth of Volcano into the future, with two Arcam Q10 electron beam melting (EBM) 3D printers manufacturing state-of-the-art, titanium prosthetic implants.

The ancient myth subsides and leaves a void that is being filled by the new myths of advanced 3D printing and distributed manufacturing. Sure, saying that you could set up a state-of-the-art, titanium prosthetics laboratory anywhere in the world is a hyperbole, but it is – theoretically – possible. Sicily, and the south of Italy in general, are not considered technologically advanced economic areas and, yet, 3D printing technology makes it possible for two capable, local entrepreneurs to compete with the best of the best in providing advanced services for surgeons.

Mt Ortho started out two decades ago as a commercial firm specializing in the sale of medical implants. This means that they already had a solid customer base to invest almost two million euro into the future of manufacturing and, thus, become not only a reseller of implants, but a producer as well. “We are a small company and, as such, we need to have the vision to try to predict where the market will go,” says Gaetano Sorano, one of the two co-founders. He is in charge of R&D and production and took some time to meet me and tell me the story of how he built one of only two 3D printing services in Italy that can offer EBM technology, and one of only a handful worldwide that manufactures trabecular titanium implants. 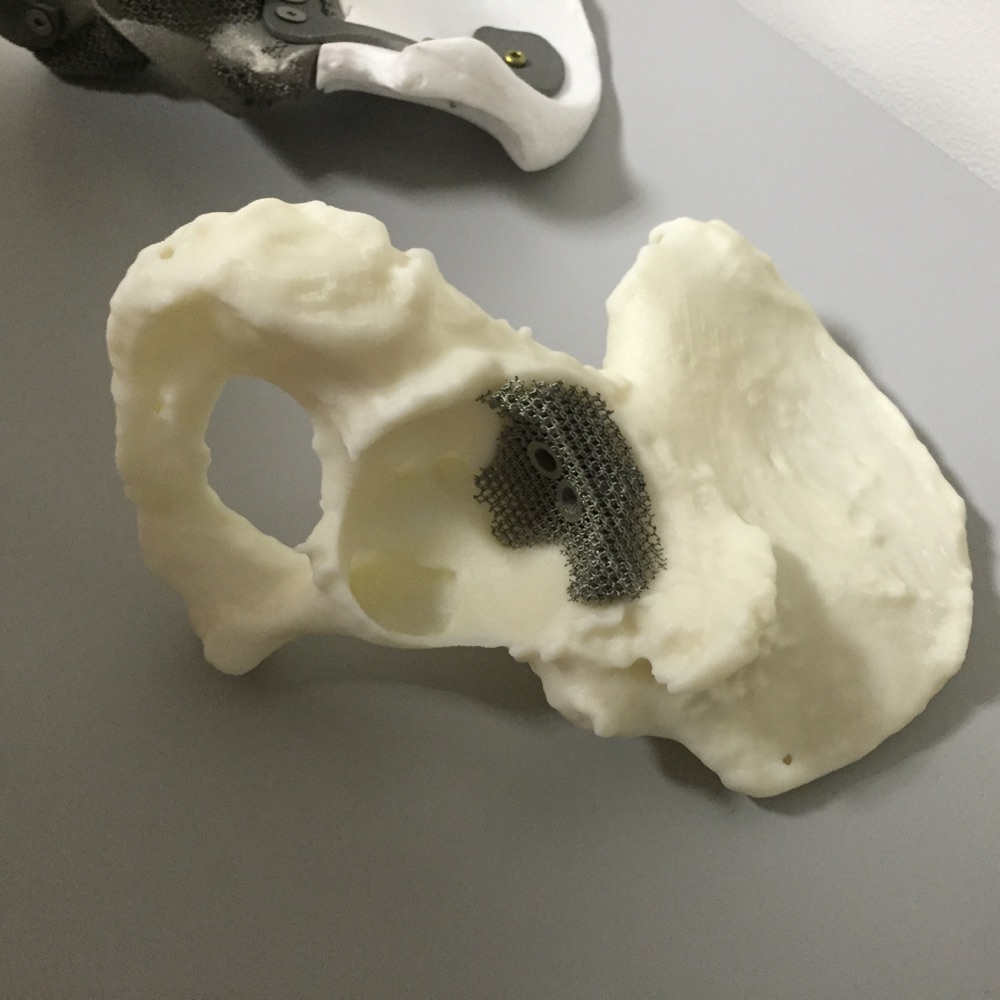 “We need to predict where our market will be 3 to 5 years from now and adapt or die. We believe that it is moving toward additive manufacturing,” Gaetano says. They have specialized in trabecualr titanium implants, which is a particular shape of the titanium which consists of a “net” that can accelerate bone regrowth. This means that trabecular titanium 3D printed prosthetics are not only custom made, but also significantly more solid and resistant.

Arcam’s electron beam melting technology is the ideal process to produce this type of structure. “SLM technology can produce smoother surfaces, but the result of using EBM for the intricate trabecular titanium structure is clearly superior,” Gaetano says. “It is ideal for bone regrowth and, while this is something that has been done for a while now, with this technology it’s like giving the bone regrowth a turbo boost.” 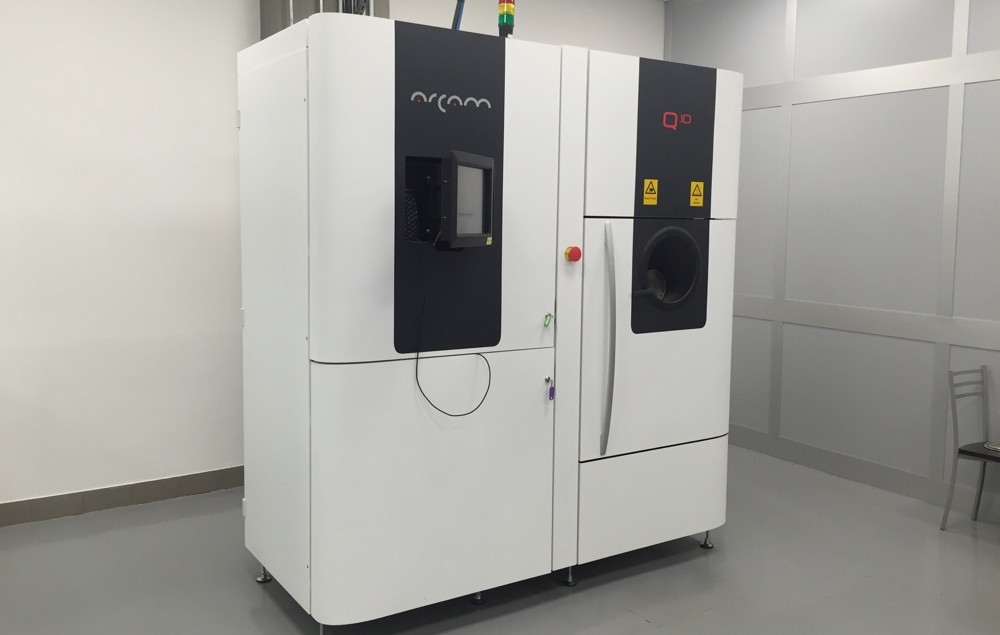 With two machines like these on the premises, many doors are now opening up to Mt. Ortho, for example, with the dental industry, where they have already manufactured a prosthetic implant for a local dentist’s patient. “The possibilities are endless and it is just a matter of seeing things in a more three-dimensional way,” Gaetano explains. “The machine can build anything that fits within its chamber now doctors and designers need to understand how to fully exploit these capabilities.”

One of the most fascinating new frontiers for Mt Ortho is maxillo-facial reconstruction. When you have an EBM 3D printer to work with, a simple phrase can inspire entire new businesses. “Speaking with an MF surgeon friend of mine, he made it clear how important a tiny detail can be in these surgical reconstructions,” Gaetano explains. “The jawbone is right under the skin and a tiny difference in shape can create very anti-aesthetic results. In the past, surgeons only focused on function, but, now, thanks to 3D printing technologies, they can also consider the physical appearance. And it can mean a huge difference in a young person’s quality of life.” 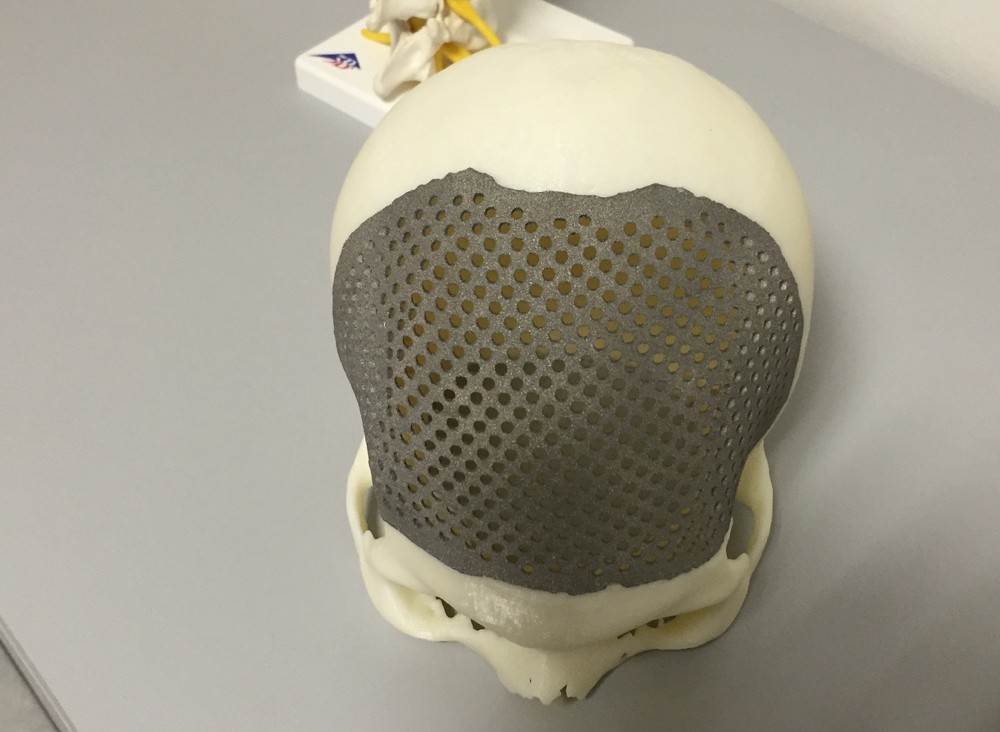 While the possibilities are truly endless, building something like the Mt Ortho facility is not for everyone. The titanium materials and the machines are medically certified by the manufacturer, but the certification for the premises and the process (part of which takes place in an isolated white room) required over a year to meet the most rigid UK-based standard. EBM is faster than other metal technologies and works in a vacuum, so there is no risk of interference from atmospheric gases. To ensure the highest possible quality, Mt. Ortho focuses exclusively on titanium as a material. 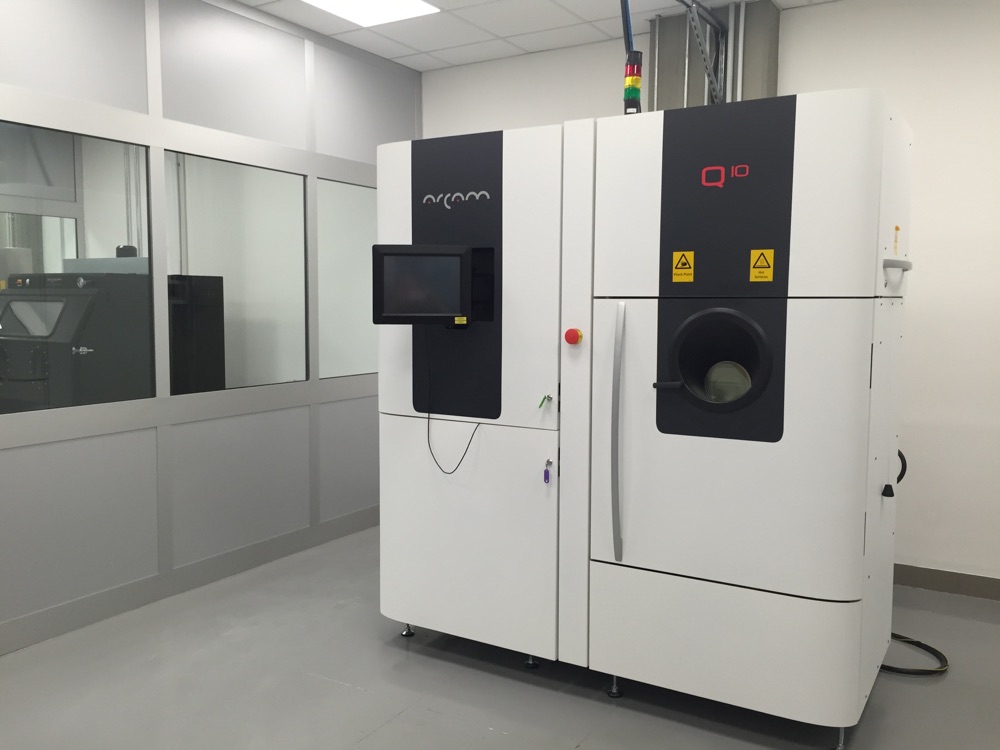 Simone di Bella is the person in charge of designing the prosthetic implants from the DICOMM data via medical scans sent in from all over Italy and Europe. We met at the Materialise World Conference 2015, which he attended as a customer of Materialise’s medical CAD software and you can imagine my surprise to find out that one of the most advanced medical 3D printing services in the world was located just a few kilometers from my house, not in Milan, but outside Catania. This is the state of the art of distributed manufacturing: build it locally and sell it globally, the only prerequisite is that you must be the best at it.